The Daily Nexus
Opinion
No Reason to Act Delirious at Delirium
November 3, 2016 at 5:00 am by Miranda O'Brien 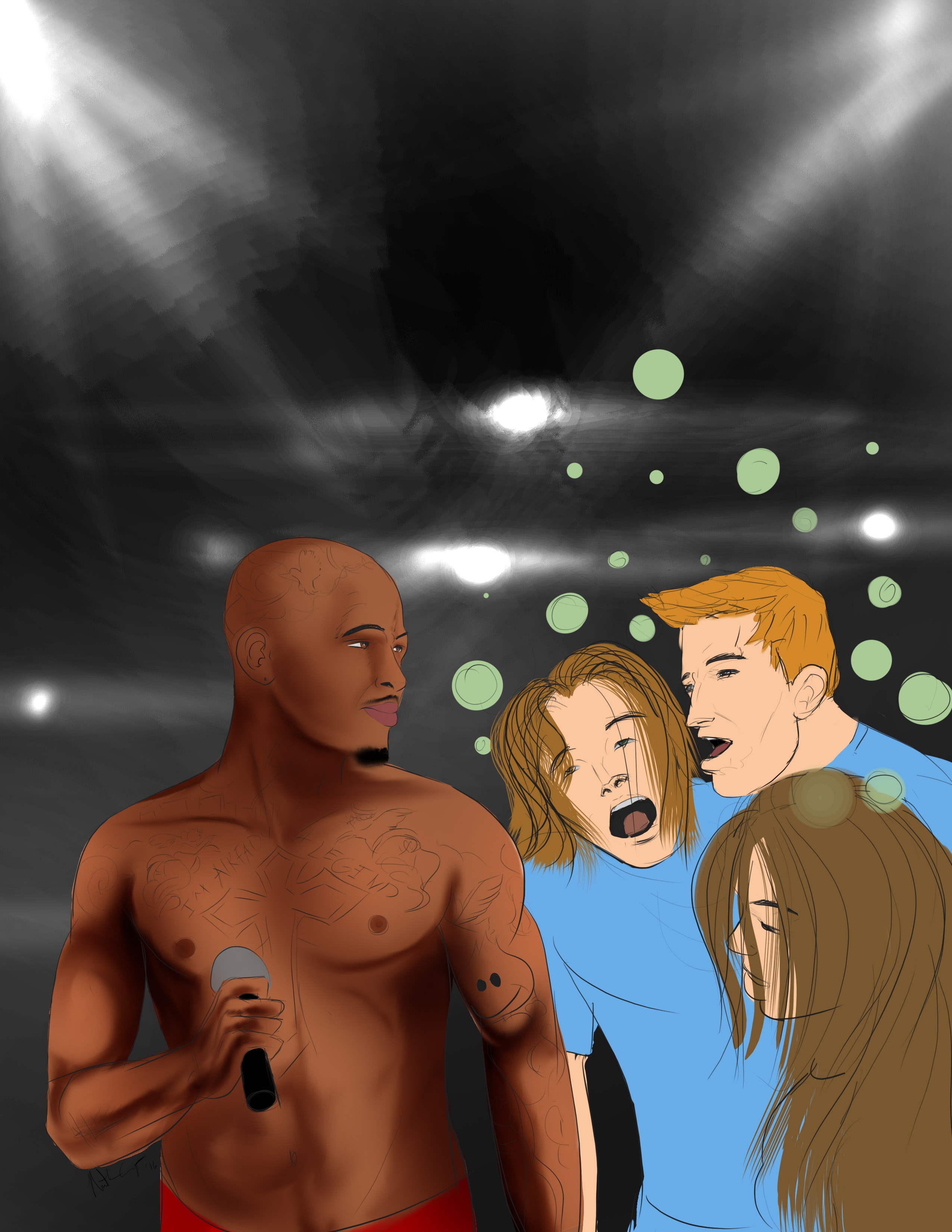 Halloweekend 2016 in Santa Barbara was deemed an overall success by many; arrests dropped dramatically, the number of out-of-towners lowered and the decrease in police presence proved to be efficient. Delirium 2016 could have had a large influence on these stats, hosting over 3,000 audience members on Saturday night. Many individuals would probably also add that the event was the highlight of the weekend.

I personally feel the event was actually more problematic than some of the other Halloweekend happenings. Though most audience members were either intoxicated or super hyped for the main act, rapper YG, some occurrences of the night left a bad taste in my mouth.

Let me start with a disclaimer: I am a white girl from Berkeley. I was raised in a progressive environment which taught me to both be mindful of the rights of all individuals and to be conscious that I was naturally born into a position of privilege in comparison to POC. My view of the concert may be very different from that of a POC, or even different from that of another white person. That being said, the position I come from is one concerned with maintaining respect for people of all cultures and races.

I also understand this was a rap concert put on by a rapper who is a POC and is not known for PC language or messages in his music. YG uses this language that is a part of his black culture in his songs, specifically the N word and others of that sort, which is a part of his musical expression and is totally valid. The problem arises for me when I see an audience, composed primarily of white students, singing along to these words that are not theirs to say. Not only were these words sung along to, but audience members also joined a member of the rapper’s entourage in “throwing gang signs up in the air” as part of a song. Though it is true they were prompted, seeing a white frat boy throwing up the Bloods sign is never OK in any scenario.

Let’s look at some cold, hard facts: the demographics for this 2016 school year show 38 percent of UCSB’s current student population is white, as compared to a 5 percent population of black students. While the freshman class of 2016 proves to be the most diverse in the university’s history, the population of white students still outweighs that of POC, especially that of black students. This means that in any situation, black students will be underrepresented and are faced with the task of dealing with cultural appropriation from the masses around them.

This is what confused me so much about the concert. Though it could be seen as an event which celebrated black culture by featuring rappers of African American descent, how does singing the derogatory terms and using symbols associated with groups not of your own culture promote a positive message of celebration? Having just been lectured by my RA, which was a mandatory obligation for all RAs, about the dangers of cultural appropriation with regards to halloween costumes, how are the happenings of the concert any different in terms of their offense?

Some would counter, “It was just a concert,” or, “I just wanted to have fun and sing along with the music.” But, this was not just a concert. These are not just words. Singing the N word may not seem controversial in the moment, but history has shown it is highly likely future events will ultimately precipitate from its “casual” use. When using language not delegated to our personal cultures, the floodgates are opened for all individuals to use language that is disrespectful toward all people of any ethnicity.

It is possible to enjoy music without singing along to every lyric. It is possible to think and make conscious decisions to act respectfully in a group setting. It is also possible to enjoy an event without sacrificing your personals morals. You do not have to “flash yo titties” or “start a mosh pit” when instructed to if that does not seem right to you, nor should you engage in cultural references separate from your own.

When using language not delegated to our personal cultures, the floodgates are opened for all individuals to use language that is disrespectful toward all people of any ethnicity

So please, the next time UCSB has a concert or event that includes an artist or musician who is a representative of a culture other than your own, show that individual respect by enjoying his or her music consciously. This would involve listening to the messages they are conveying without necessarily adopting/employing them as your own. It is still possible to have a good time while being mindful of the effect your actions may have on others and to disengage from acting in a way that would compromise cultures that are not your own.

We all want to have fun at delirium, but that does not mean we are allowed to act deliriously.

Miranda O’Brien believes you can have fun at any concert while still respecting those around you.

Who really gives a flying shit? This b.s. about “other cultures” is destructive and is actually anti-America. Trump may be personally deplorable but many of the things he says are valid. This column is proof.

Why should it be ok for black people to make gang signs but not white people? So gang affiliation is acceptable as long as its black? Really?

Okay Miranda POC aren’t idiots. We can tell when something is offensive and we don’t need you speaking on our behalf. And just an FYI, you saying that bad language like “the N word” is inherently part of Black culture is much more racist than anything that happened at Delirium.

We as AMERICANS have every right to sing the lyrics with the rapper N word or not. YG doesn’t care! He loves that he has such devote fans = more money for him. Stop trying to oppress white people(yes I know your white).

Lmao this backlash is well deserved. Boo you ya berkeley brat

This article gave me cancer.

You should be ashamed of yourself. Get a life.