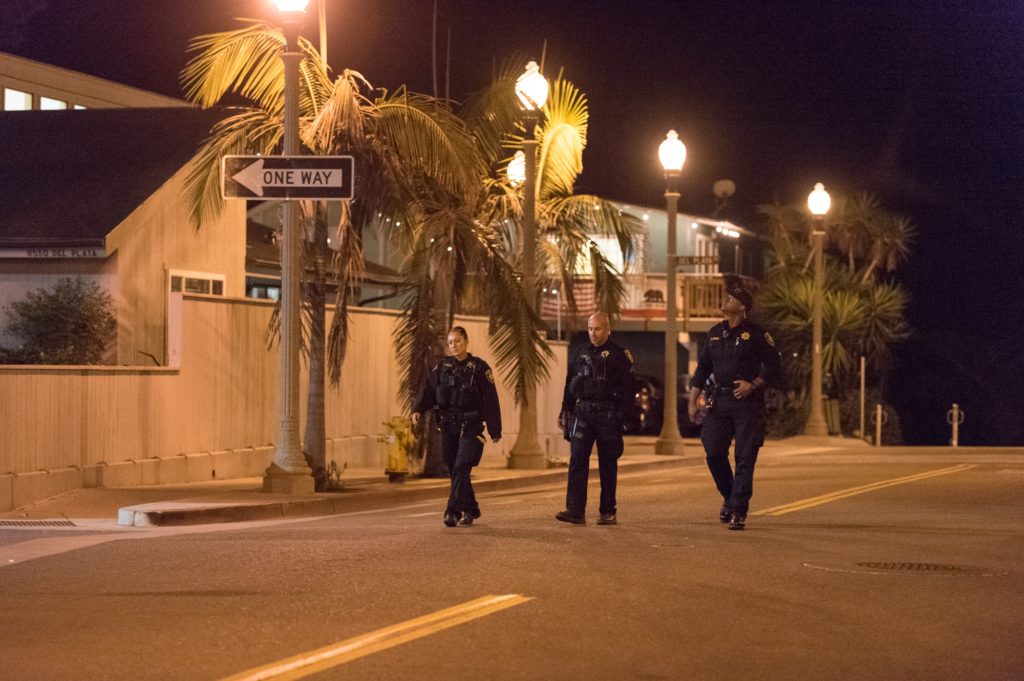 Whereas I.V. saw 225 arrests and 249 citations in 2013, this year the community only experienced 26 arrests. Nexus file photo

Chancellor Henry T. Yang, who embarked on an annual Halloween walk with his wife, Dilling, down Del Playa Drive Monday, said he was “so pleased” that I.V. experienced a safe weekend for the third consecutive year.

“Special credit goes to our A.S. Program Board for again organizing a student-only concert on campus, as well as to Student Affairs and our faculty for planning several other weekend activities; our UCIV student and resident volunteers; and to each person who had a hand in creating a fun, safe environment for our students,” Yang said in an email.

There were 26 total arrests during a four-day operation spanning from Friday to Monday, according to Kelly Hoover, Santa Barbara County Sheriff’s Department spokesperson. 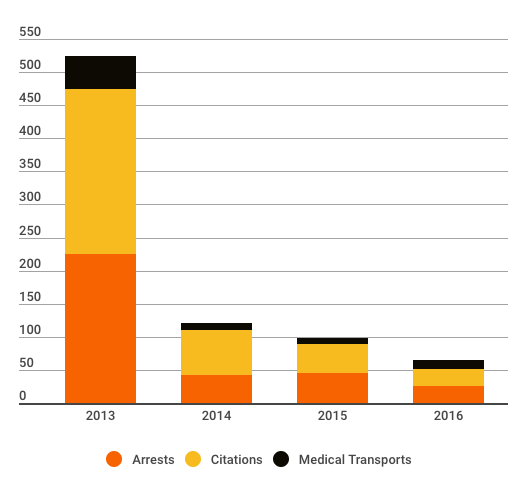 Hoover said a majority of arrests were for public intoxication, and most citations were issued for minors in possession of alcohol or violating of the festival noise ordinance, which was imposed at 10 p.m. on Friday and Saturday.

Compared to 2015, arrests and citations were down almost 50 percent, but final citation figures showed a slight increase in citations, with 46 citations issued this year as opposed to 45 in 2015.

A.S. Program Board brought rapper YG to the Thunderdome for a sold-out show this year, and Hoover said the concert “definitely had an impact on Saturday night.”

In 2014, A.S. Program Board hosted the first Halloween concert with Young the Giant, and followed up in 2015 with a two-night show featuring Fitz and the Tantrums and Snoop Dogg.

Ashcon Minoiefar, executive vice president of local affairs for Associated Students, said the weekend’s numbers were in line with his expectations.

He has not yet begun discussions with local law enforcement to determine next year’s Halloween restrictions, but said he plans for significant changes in areas such as police presence, road barricades and parking restrictions.

“We attribute the great success of Halloween weekend in Isla Vista first and foremost to the students for keeping the celebration safe and local,” Hoover said.

Each year varies in “operational period,” and both 2013 and 2016 figures were calculated from Friday through Monday evening.

University Police Department Chief Dustin Olson said the quiet Halloween weekend was “an example of what we can achieve together.”

“UCPD would like to thank the students and all of our community/campus partners who made this weekend a safe and local event,” he said. “The men and women of the UCPD take great pride in collaborating with the community and working together at every turn.”

A version of this story appeared on p.1 of the Thursday, November 3, 2016 print edition of the Daily Nexus.