The Daily Nexus
Sports
Gauchos to Square Off Against CSULA At Home Sunday
November 3, 2016 at 5:03 am by Sean White

Basketball will officially make its return this Sunday when the UCSB women’s basketball team tips off its exhibition matchup versus Cal State Los Angeles in the Thunderdome.
After making a return to the Big West Tournament and earning its first postseason victory since 2013, last season was a major step forward for the Gauchos after finishing a combined 10-49 in the past two seasons. 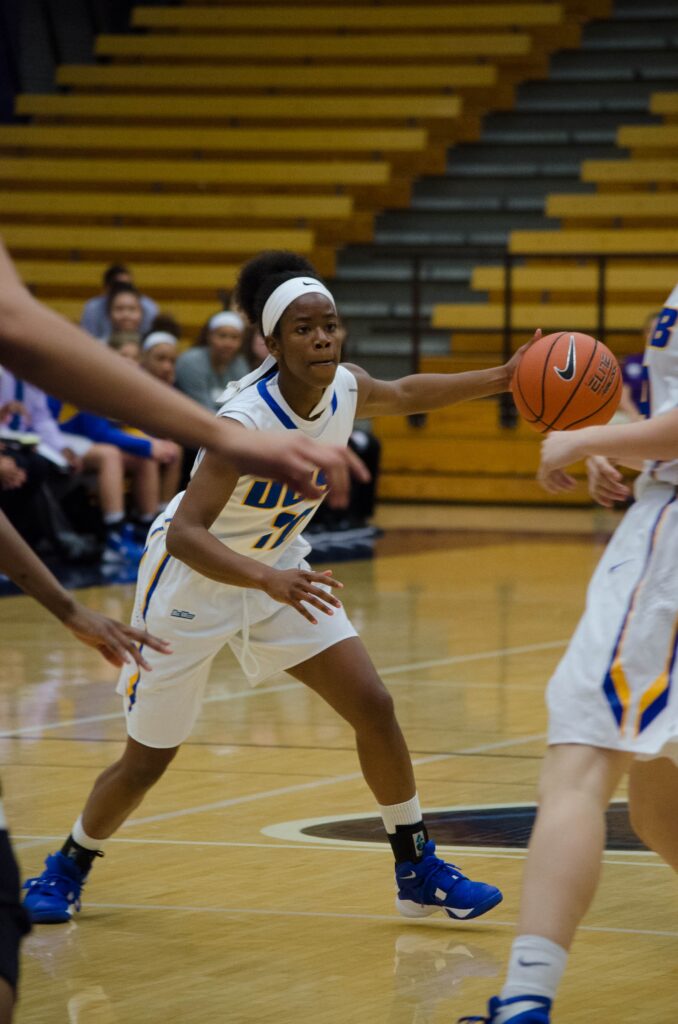 This progression was accredited in this season’s coaches’ polls and media polls. Able to prove last season’s last-place prediction wrong, the Gauchos are expected to finish in fourth place in the Big West standings according to the coaches’ poll, receiving one first-place vote. They remain an underdog in the media poll results, coming in seventh place with no first-place votes.

Helping guide UCSB in its reintroduction to tournament play was Head Coach Bonnie Henrickson and her newly constructed coaching staff. The team concluded the 2015-16 season 12-20 overall and 8-8 in the Big West.

Much buzz surrounds Cal State L.A. heading into the 2016-17 season as it will be led by the tutelage of basketball Hall of Fame legend Cheryl Miller. The Golden Eagles finished 6-3 in their last nine games of the season and were able to lock up the No. 8 seed in the California Collegiate Athletic Association Championship Tournament before being eliminated by No. 1 seed Cal State Dominguez Hills. CSULA finished 10-17 overall and 8-12 in CCAA play.

The team’s growth shall continue as it returned all five of its starters and introduced new talent to its squad with five newcomers.

At the core of the Gauchos’ growth was their defense. UCSB finished third in the Big West in points allowed per game with a 62.8 average. It continued its stout defensive efforts during its conference schedule as well, improving to second in allowing just 61.7 points per game.

As a team with more depth in both the back and front courts, Sunday’s game should be another step toward the Gauchos trying to finalize their starting lineup and bench rotations.

Improving UCSB’s backcourt is the addition of redshirt junior point guard Drea Toler. Forced to sit out last season due to NCAA transfer rules, the former Oregon Duck has displayed her ability to consistently play at a high level on both ends of the court.

During her time at Oregon, it was not until the latter half of her second season that she saw more playing time, playing in 29 games and starting in 12 of the team’s last 13 contests. She averaged career totals of 3.9 points and 2.35 assists per game.

Although the backcourt duo of Toler and senior point guard Onome Jemerigbe is no guarantee — possibly making the Gauchos too small in size — the pairing of the two could possibly result in the fastest, most agile backcourt in the Big West.

As either another option in UCSB’s backcourt or as a stretch guard or small forward, redshirt sophomore Sarah Porter is another Gaucho that was stashed away due to NCAA transfer rules.

Joining UCSB after a season of very limited minutes at Ole Miss, Porter seems to have a natural knack for scoring based on her time at Horizon Christian Academy.
She set a single-game school record for most three-pointers made with eight and concluded her high school career with 1,292 points.

The pair of 6’4” post players provides UCSB with the opportunity to improve on the boards and lessens its reliance on a “small-ball” lineup.

The Gauchos ranked seventh in the Big West in defensive rebounds per game with an average of 35.3. Their inconsistencies when collecting boards while defending led to their issues in allowing second chance points. Including conference play, UCSB was outscored 479-339 in second-chance points.

Edelman, who will be eligible to play this season, played in a total of 36 games while with the Trojans. She did not have much of a role, averaging just 1.2 and 1.35 rebounds per game in two seasons at USC, but can be of help to the Gauchos who were short on length in their interior. She grabbed a career-high seven rebounds during her sophomore year.

Coming out of Corona del Mar High School, Bruening enters UCSB after setting school records for career rebounds and blocks during her time with the Sea Kings. Nimble around the rim, Bruening brings vertical ability to UCSB’s paint presence with her volleyball background as well.

Despite all five of its starters returning, UCSB’s latest additions provide the team with an array of possible changes to come which could lead to a tweak in the starting five or a deeper dependence on the depth within its bench.

Similar to the circumstances UCSB faced last season in introducing Henrickson to the program, Cal State L.A. finds itself in the same position as Sunday will be a glimpse into the Golden Eagles under the helm of first-year Head Coach Cheryl Miller.

Enshrined in the Naismith Basketball Hall of Fame, Miller is a legend in the game of basketball both as a player and coach. She helped bring two consecutive national championships to USC in 1983 and 1984, earning NCAA Tournament MVP honors twice in her collegiate career.

Cal State L.A. had a total of four different players average double figures in scoring last season. However, just one of these top-scorers, junior center Rikke Fabricius, is returning after being third on in scoring and rebounding with 11.6 and 4.4 rebounds per game. She tallied double digits in points in 19 games.

Sunday’s exhibition game will begin at 5 p.m. at the Thunderdome.

A version of this article appeared on page 8 of November, 3 2016’s print edition of the Daily Nexus.