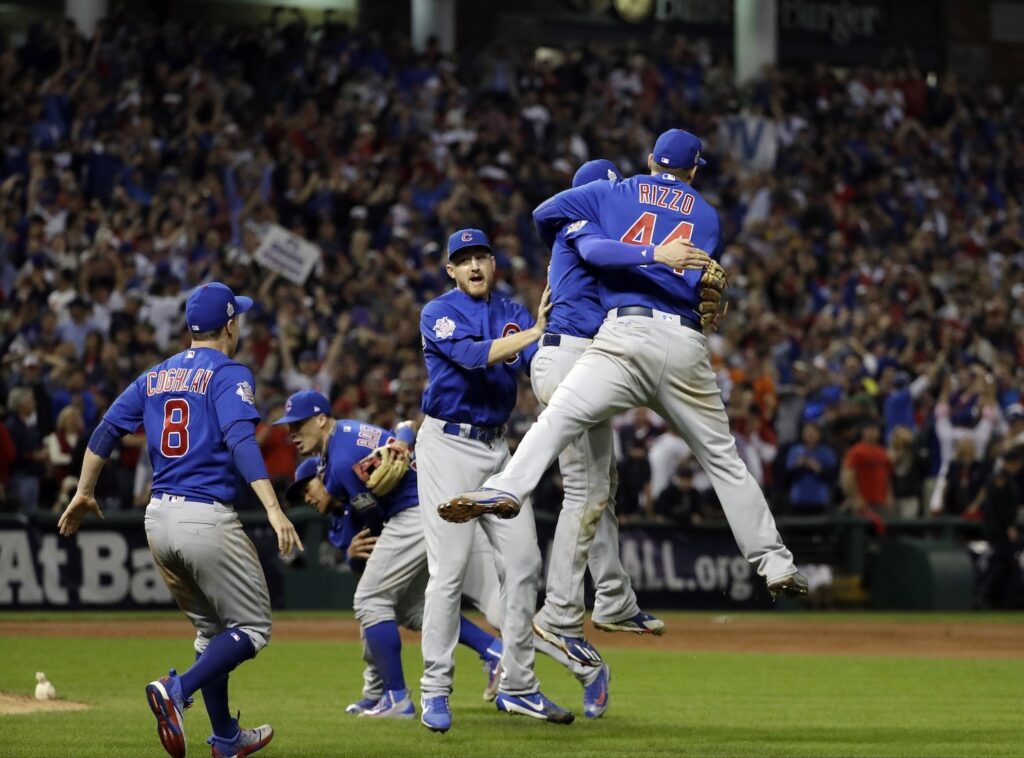 The curse is over! The 2016 Chicago Cubs win the World Series after a dry spell of 108 years. The drive, determination, and talent of the team was on full display as they battled the Cleveland Indians to the end.

With 103 wins in the regular season and a challenging but rewarding post-season, this NL Central team started strong and finished stronger. Winning eight of their first nine games, the Cubs looked ambitious and ready for a solid summer.

Entering October, the Cubs had the best record in baseball. Their success was no easy feat, but it was a long time coming — over a century  to be exact —  and well fought.

Down in the final seven-game series  of the season three games to one, the Chicago team came back blazing and won the last three in a row to become champions: What more could any sports fan wish to see?

The 2016 World Series really is one for the books in all capacities. The Cubs, having not won since 1908, and the Indians since 1948, gave both teams the intense motivation to push them to game seven. Each game, inning, and play has kept baseball fans across the nation glued to their televisions.

Leading by three at the top of the eighth inning, the Cubs had reason to feel confident, but leave it to the Indians to come back from behind when pressure is on.

This has been the first World Series to be tied in the ninth inning since 1991 between the Twins and the Braves, according to mlb.com. These two knock-out teams managed to keep it tied and send the game into extra innings, stirring up every Cubs and Tribe fan alike.

Here it was, the 10th inning that will go down in Cubs baseball history. Indians pitcher Bryan Shaw  intentionally walks Anthony Rizzo, a hitting all-star this post-season, as well as Addison Russell,  to prevent any chance of hits from these two.

Ben Zobrist slammed double into left field, sending Albert Amora Jr. home to push the Cubs ahead. Miguel Montero, then singles, knocked Rizzo home for another run. The Cubs headed into the bottom of the 10th with just three outs standing between them and their first World Series title in over a century.

The crowd has seen this scenario before in the eighth inning when the Indians were able to turn it around; the real question was would they be able to pull it off again in the 10th?

Carl Edwards Jr., Cubs reliever, managed to snag two outs. But with one left, the Indians scored as right-handed hitter Rajai Davis smacked a line drive to center field. Mike Montgomery enters as the Cubs attempt to clench one last out.

Within two pitches, the Chicago Cubs had made history. It took every member of the team, both offensively and defensively, to achieve what this group has achieved, and the victory is oh so sweet.

Ben Zobrist, Cubs second baseman, and seasoned player, was named Series MVP after his hit in the 10th-inning of game seven that changed baseball history.

Zobrist was most recently a Kansas City Royal and helped in winning the 2015 World Series. His presence on the field as a defender has made quite the impression, causing usatoday.com to call him a “super utility player,” as well as his stellar record as a switch-hitter.

According to mlb.com, Cubs coaches and administrators alike have called Zobrist a professional and role model both on and off the field — both from his “work ethic” to “clubhouse professionalism.”

A close runner-up would have been Rizzo as he played an enormous role in leading his team to victory, but the second baseman’s title was well earned. Ben Zobrist is a name no Cubs fan will ever forget.

This National League powerhouse team was chosen early in the 2016 season as a team to watch and has now surpassed all expectations and crushed all doubts. Congratulations to the 2016 World Series Champions, finally, the Chicago Cubs!