The Daily Nexus
Sports
A Timely Save: Rogers’ Impactful Presence
November 3, 2016 at 5:00 am by Antonia Bird

Rogers was at the center of her team’s success this season. The Gauchos may not have finished the season where they wanted, but they opened the season with an 8-0 start, earning the second longest streak in program history. It was Brittney Rogers who provided the spark time and time again. 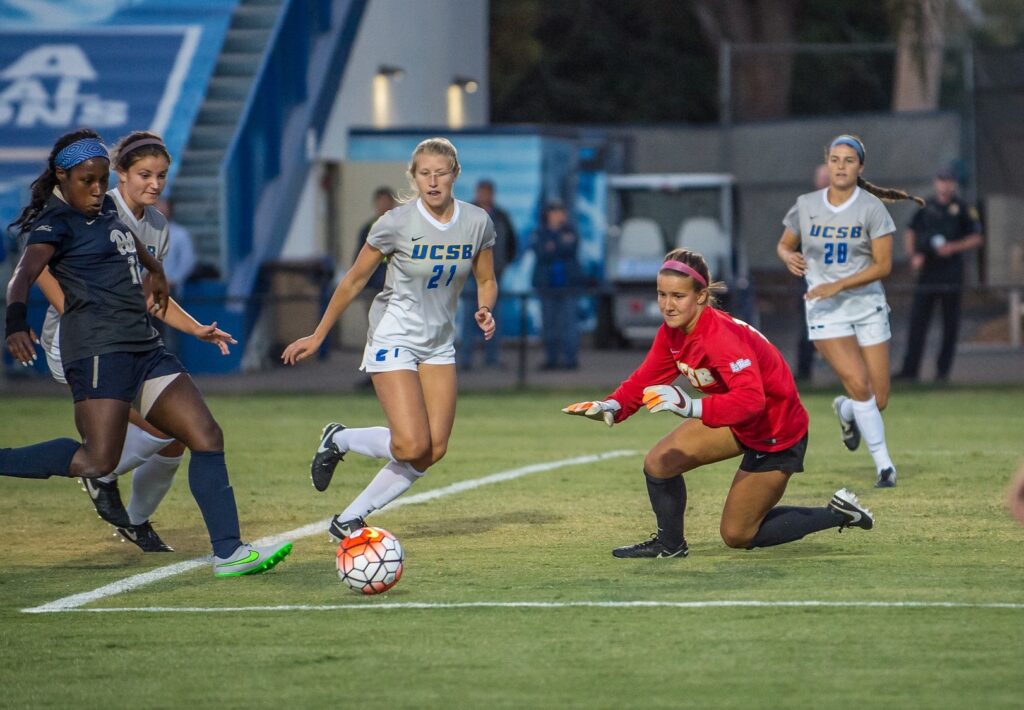 With six shutouts and 44 saves this year, Rogers was a huge factor in leading her team to such a great start to their 2016 campaign. From the first game of the season against Fresno State, Rogers had the look of a seasoned veteran.

However, she was hardly a veteran at all; she was only a sophomore starting her first collegiate game. Thus, the incredible plays and blocks consistently executed by Rogers throughout the year were not the result of experience at the collegiate level, but rather the result of hours of diligent training in the off-season and an indelible passion for the game.

Before stepping out on the field for the first time this year, Rogers had only made one appearance in her entire UCSB career.

After redshirting her freshman year, Rogers did not see the field much, amassing just 10 minutes of playing time during her first year of eligibility the following year in which she recorded a total of four saves.

Determined to earn and embrace a larger role on the team, Rogers took to the gym and the practice field in the off-season, and earned herself the starting goalie spot for the 2016 season.

Growing up in Murrieta, California, Rogers spent most of her time in school or out on the soccer field. She played for Murrieta Valley High School, and also played at the club level with Legends F.C.

While on Legends, she helped her team to the 2013 and 2014 Region IV championships. Legends F.C. also won the 2014 National Cup title.

While playing on the Legends team, she was a teammate of UCSB’s current starting forward junior Amanda Ball. Ball just so happened to be on UCSB’s recruiting radar at the time. While not a proven fact, it is plausible that Ball’s departure for the Central Coast peaked Rogers interest, as she soon followed.

Nonetheless, Rogers has never looked back and has enjoyed her choice of UCSB to continue her playing career. Rogers has particularly enjoyed the coaching staff, consisting of Head Coach Paul Stumpf and Assistant Coaches Austin Risenhoover and Sam Hayden.

“The coaching staff is great,” Rogers said. “All the technical things are really building and their coaching style is very direct. They tell you exactly what they want. The chemistry this year [was] the strongest I’ve ever seen it.”

Helping promote this chemistry has a large part to do with Rogers’ own presence on the team as well.

In just one year as the starting goalkeeper, Rogers was able to humbly establish herself as a leader amongst her teammates. What sets Rogers apart from most is that she doesn’t impose an overbearing sense of control. Rather, she demonstrates a more subtle style of leadership that makes her an approachable and comforting player on the team.

“She is a leader, but in a somewhat quiet way,” Head Coach Paul Stumpf said. “Her communication style is very calm and confident.”

Although she loves soccer, Rogers didn’t always play goalkeeper while growing up. In fact, she didn’t really aspire to be a goalkeeper; it was something she stumbled upon.

“When I was younger I was kind of just put there. But once I started training, I began to really like the process,” Rogers said.

Though a childhood coach proved to be her initial inspiration for the position, that guidance was not the only influence in Rogers becoming an expert in guarding the net.

Former UCSB goalkeeper Beth Ritter served as a mentor and role model to Rogers during her first two years on the team. Rogers believes much of her college success has in fact come from Ritter.

“Being a freshman with four other goalies [ahead of me] was a little intimidating, but watching Beth play, I got inspired to be out on the field,” Rogers said. “Last summer all I wanted was to be out on the field. I went to weights everyday [with the thought of the season as motivation].”

Her first two years on the team were more than just learning from the bench. Rogers actively pushed herself every day to become the best goalkeeper she could be as the 2016 season approached. And when it did, Rogers exuded a whole new level of confidence, appearing as a much better and improved version of herself. 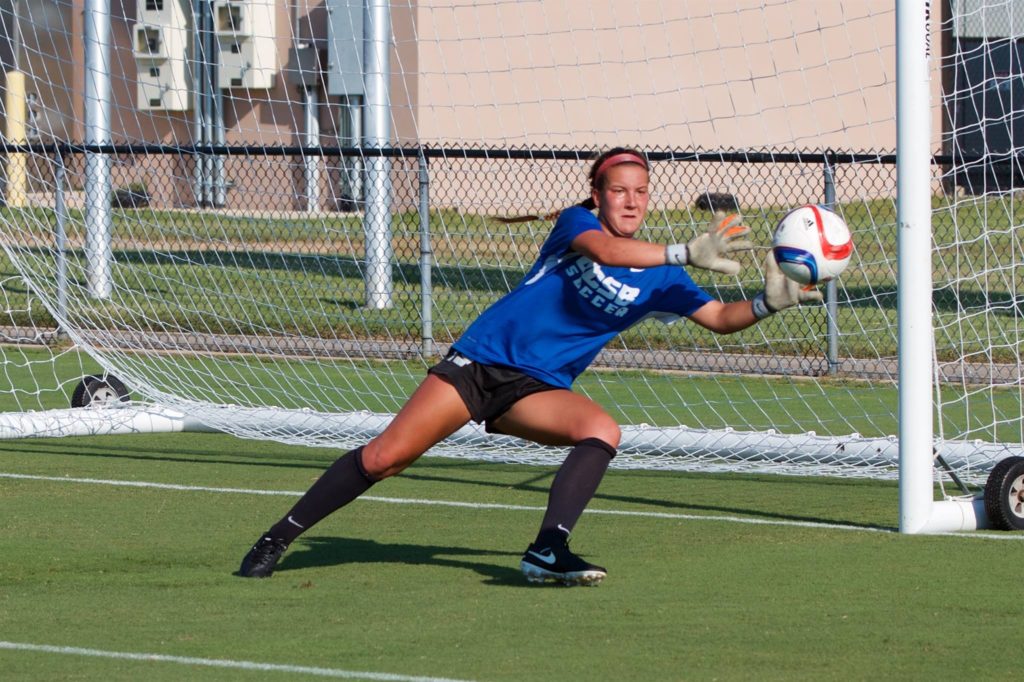 “She has committed herself in the weight room, and in her nutrition. She has made herself much more athletic in the past two years,” Stumpf said.

The determination and drive Rogers embodies has gotten her far in her soccer career. Rather than letting herself get down about the lack of playing time she saw in her first two years on the squad, Rogers used it as motivation to work harder.

Rogers took initiative in finding influential role models and leaders around her, who later shaped her into the all-around great soccer player she is today.

“I was pushing to earn that starting spot. I know not playing my freshman and sophomore years are tough, but pushing through that, it’s all been worth it now in retrospect,” Rogers said.

The transformation of Rogers from her redshirt freshman year to now is an inspiration in itself. She has evolved into a key player for the Gauchos women’s soccer program.

So far, she has gone above and beyond the expectations of her teammates and coaches. The success she has brought to her team should be commended.

In three words, Rogers described her teammates as “determined, passionate and hungry.”

It looks like Rogers is in the right place. There is little doubt that Coach Stumpf is looking forward to having his stopper in goal for two more years.

A version of this article appeared on page 1 of November, 3 2016’s print edition of the Daily Nexus.