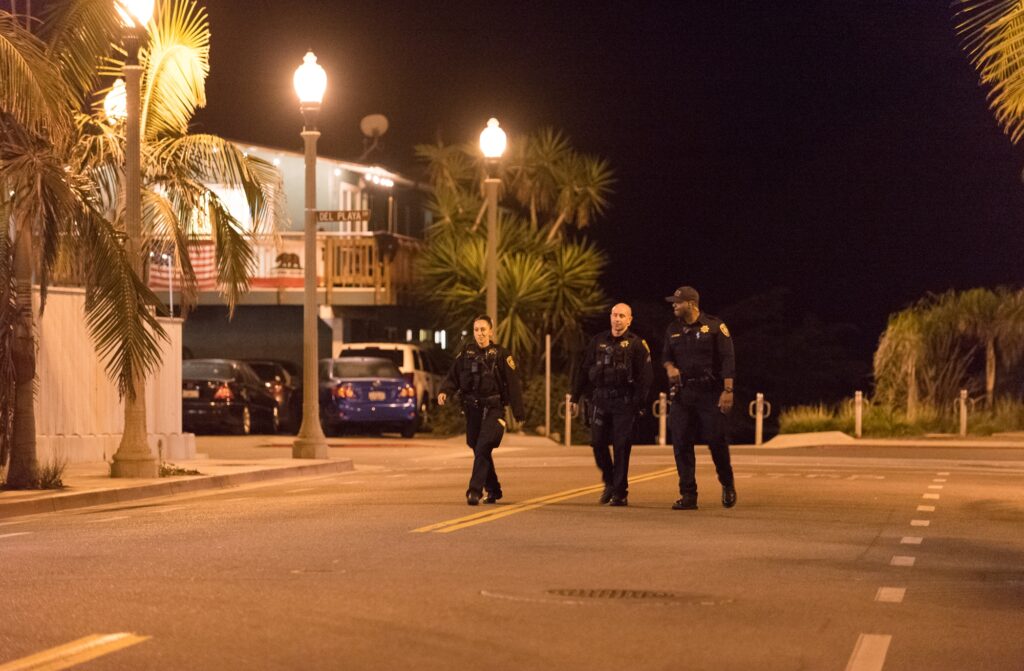 Halloween weekend passed without major incident for the third year in a row, with total arrests down nearly 50 percent from 2015.

Friday had only one arrest and seven citations, and Saturday had 12 arrests and nine citations, according to Kelly Hoover, Santa Barbara County Sheriff’s Department spokesperson.

Hoover said a majority of arrests were for public intoxication, and most citations were issued for minors in possession of alcohol or violation of the festival noise ordinance, which was imposed at 10 p.m. on Friday and Saturday. 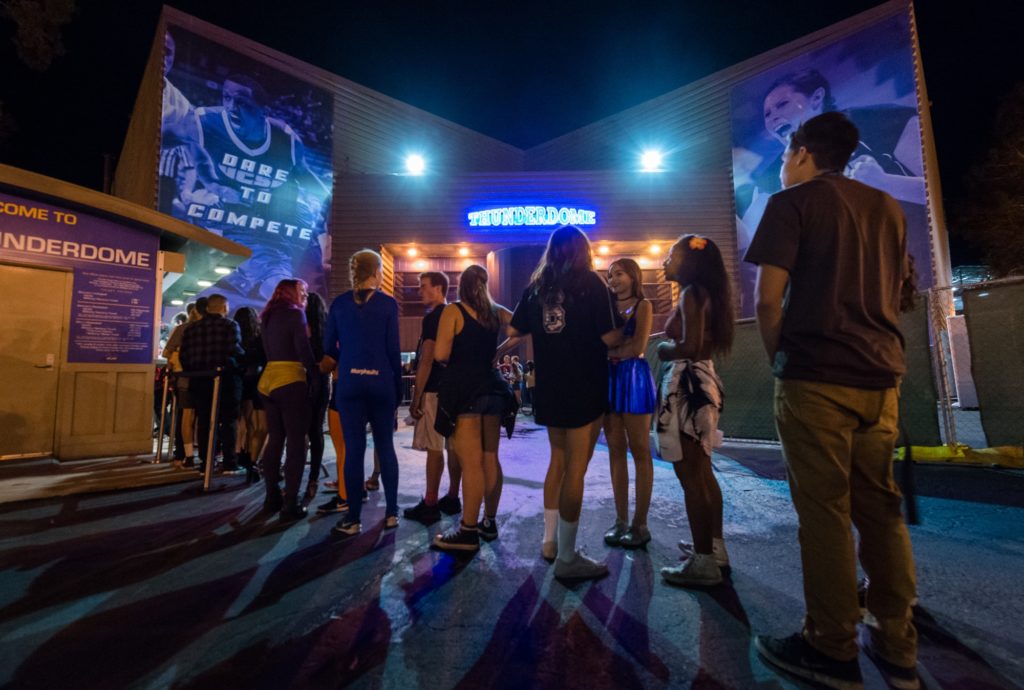 UCSB students wait in line for the Delirium concert at the Thunderdome on Saturday, October 29, 2016. Courtesy Kenneth Song

A.S. Program Board brought rapper YG to the Thunderdome for a sold-out show this year, and Hoover said the concert “definitely had an impact on Saturday night.”

In 2014, A.S. Program Board hosted the first Halloween concert with Young the Giant, and followed up in 2015 with a two-night show featuring Fitz and the Tantrums and Snoop Dogg.

Halloween 2013 saw more than 200 arrests and nearly 250 citations in I.V., but both numbers have since dropped nearly 95 percent.

“We attribute the great success of Halloween weekend in Isla Vista first and foremost to the students for keeping the celebration safe and local,” Hoover said.

Approximately 30 University Police Department officers and 75 Isla Vista Foot Patrol officers are expected to patrol Monday night, down from 188 IVFP officers the last time Halloween fell on a Monday in 2011. 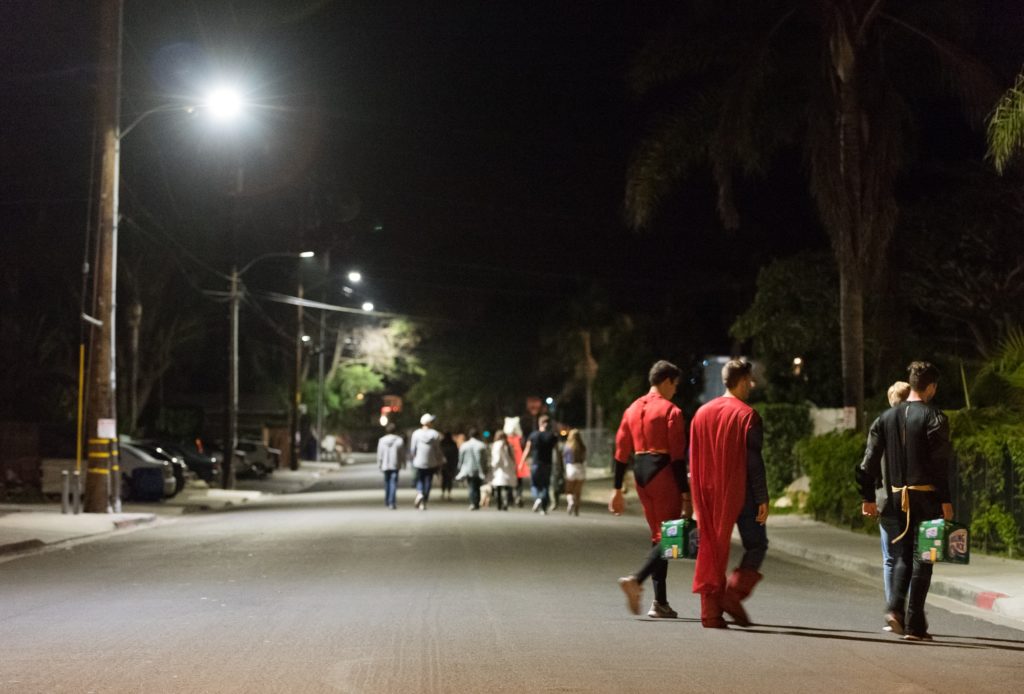 A trio of superheros head to their headquarters, cases of beer in hand, on Del Playa Drive in Isla Vista on Saturday, October 29, 2016. Courtesy Kenneth Song

The Sheriff’s Department does not anticipate large crowds, Hoover said, but “we will have a strong police presence regardless and are prepared for whatever the turnout ends up being.”

The times of the festival noise ordinance in this article need to be corrected. They did not kick in at 10pm. Don’t lie about IV becoming a police state for a week, let the public know.

IV is evolving – UCSB is not the party school it once was. Not saying that’s good or bad, but that’s just how it is.

The establishment of a full on police state in IV for 2 weeks a year is the reason for this. Threatening students with $300+ citations at 6PM is an effective way to shut down the fun.

kindve representative of America as a whole. Go Police!!! YAAAAYYY! I love my life being restricted by ever watching eyes

How on earth do they justify noise ordinances at 6pm or 10pm on a holiday?

What a sad thing to see. The kids don’t know what they are missing. Glad I got in 5 Halloweens of the glory years. You can always go to a concert but IV Halloweens were unlike anything else.