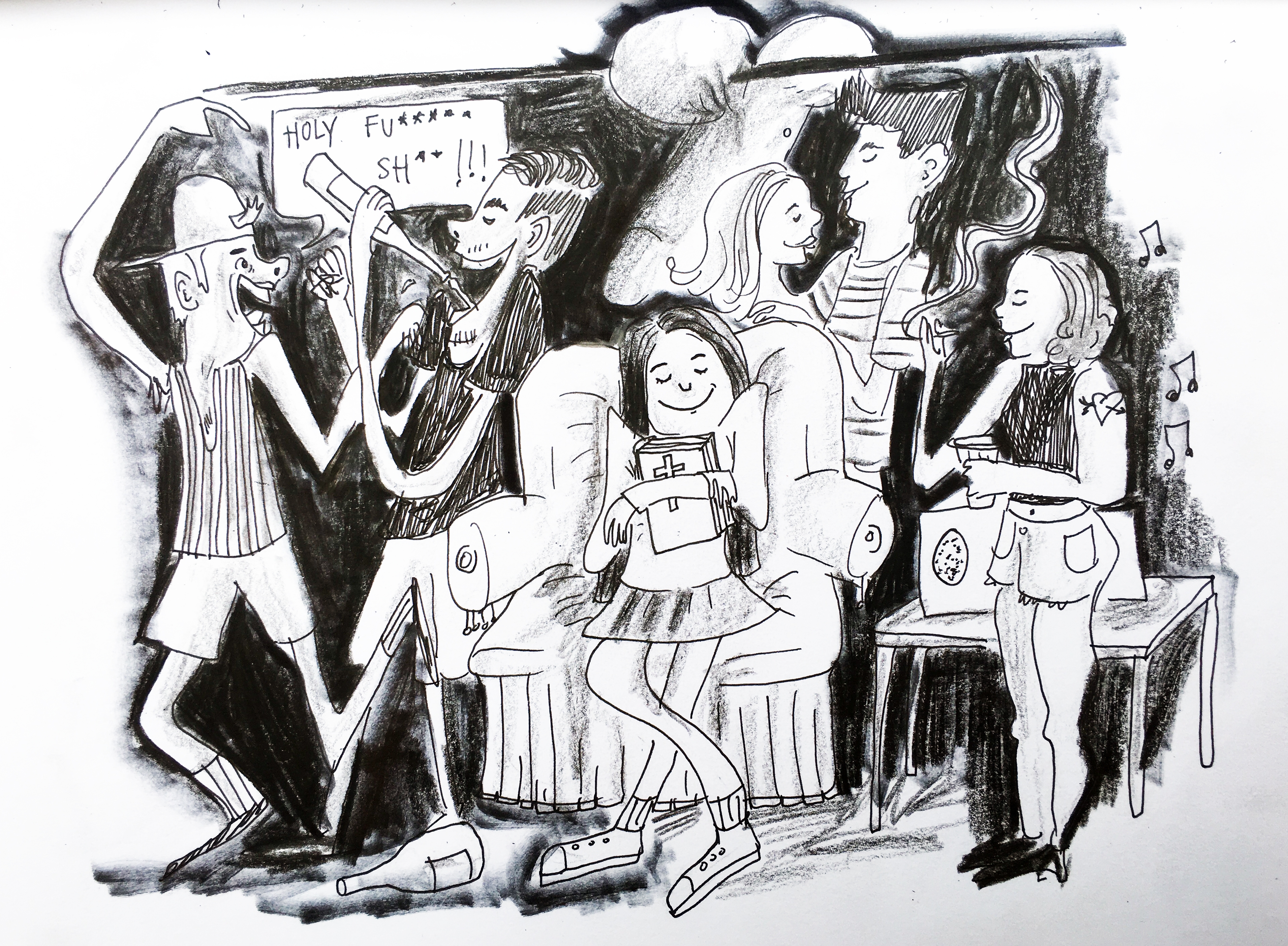 “Isn’t that a big party school?

We’ve all heard it a million times. Some of us take pride in our university’s thrilling reputation, others talk it down to calm our parents and some of us simply roll our eyes and carry on.

But coming from a lifetime of Bible-thumping Christian schools has given me a different experience with the “party school” controversy. When I told everybody in March I was headed to UC Santa Barbara in the fall, I got a lot of concerned responses.

“Make sure you join a church group.”
“Make some wholesome friends.”
“Stay away from the party scene.”

My parents didn’t want me in Isla Vista at night. They discouraged me from looking at apartments there. I had to assure them time and time again that I would be safely on campus during the weekends, and that I would lock myself in my dorm room on Halloween.

But here I am in FT, off campus, riding my bike through Isla Vista at night on a regular basis. I’ll sit in the lobby waiting for my pizza on a Friday night and see at least three groups carry their barely conscious friend to the elevators. I was afraid my grandparents would overhear a “FUCK FT” when they picked me up for a birthday dinner the other day. On a regular basis, my hall reeks of pot or hard liquor. And you know, it’s not that bad.

Don’t get me wrong, I didn’t go off to college and drop my values and religion. I still believe in the Bible and personally identify as a Christian. But there’s something about being in a place like this that makes religion mean so much more.

I was at small, private Christian schools my whole life. From preschool to my senior year, I was with the same people. I graduated with 84 other students who took mandatory Bible classes, didn’t swear around teachers, had to whisper funny drunk stories in the back of the classroom and were forced to attend chapels every Wednesday. We couldn’t show our shoulders, have tattoos, dye our hair or rep secular bands on our clothes. People weren’t even allowed to be gay. Unsurprisingly, I wasn’t Christianity’s biggest fan.

On a regular basis, my hall reeks of pot or hard liquor. And you know, it’s not that bad.

I saw the Bible as a textbook. I was ashamed of my body because I always had to keep it covered. I felt like teachers judged me for everything I did. And I didn’t even realize anything was wrong. Until I got here.

At first, it was a hardcore culture shock. Everyone is so liberal. I can wear shorts to class. People yell “FUCK” at the top of their lungs and get nothing but dirty looks (if that). Even the professors swear during lectures. There is a gigantic inflatable penis in the Daily Nexus newsroom. You just don’t get that at a Christian school.

It took a while to adjust. This place was thrilling, uncomfortable, unfamiliar and different from anything I’d ever experienced. Most people would assume this environment would make it really difficult to remain religious. But to be frank, I feel closer to my God here than I ever did at home.

Here, nobody is shoving religion down my throat. When I pick up my Bible, it’s because I want to meditate on it and grow from it, not because I have an assignment due on the Old Testament prophesies in an hour. When I go to Christian clubs on campus, nobody is there out of obligation. Everybody is passionate about their faith. There are no “lukewarm” believers; it’s all or nothing.

That’s why I love it here. No matter what religion you identify with — or if you are religious at all — it’s your choice. To me, the option to decide what I believe is something I’ve never felt the freedom to utilize before. Nobody is telling me what to choose.

Even though I’m sticking with the religion I’ve grown up with, this is a chance to start fresh. Here, I have the chance to make my faith my own. It’s a unique relationship I have with my God, not one that can be taught in a classroom. And I experience it the most when I’m surrounded by people who are different from me.

I live for theological discussions with people who are atheist. Buddhist. Flying Spaghetti Monster enthusiasts. I’m taking Intro to Native American Religions, and I’ve never been more inspired by a class. I’ve never had the chance to grow from the perspectives of other religions and beliefs, and I can’t get enough of it. It’s amazing how much more you learn from people who think differently from you.

To me, the option to decide what I believe is something I’ve never felt the freedom to utilize before. Nobody is telling me what to choose.

I’m not here to convert anybody. I’m not trying to push my beliefs on people. But I know that Christians have a pretty bad rep right now because of the few closed-minded, judgmental extremists who are getting all the publicity in society. I want people I interact with to be able to see what a real Christian is like, not those condescending pricks you see on the news protesting Pride Parades.

To me, UCSB is more than a party school. It’s a place where a bunch of stressed-out, adventurous, intelligent, confused young adults congregate to learn how to improve themselves and the world around them.

Regardless of religion, Cassidy Brown thinks that’s a pretty damn good place to be.

Quite an enjoyable article.

No voices in the sky