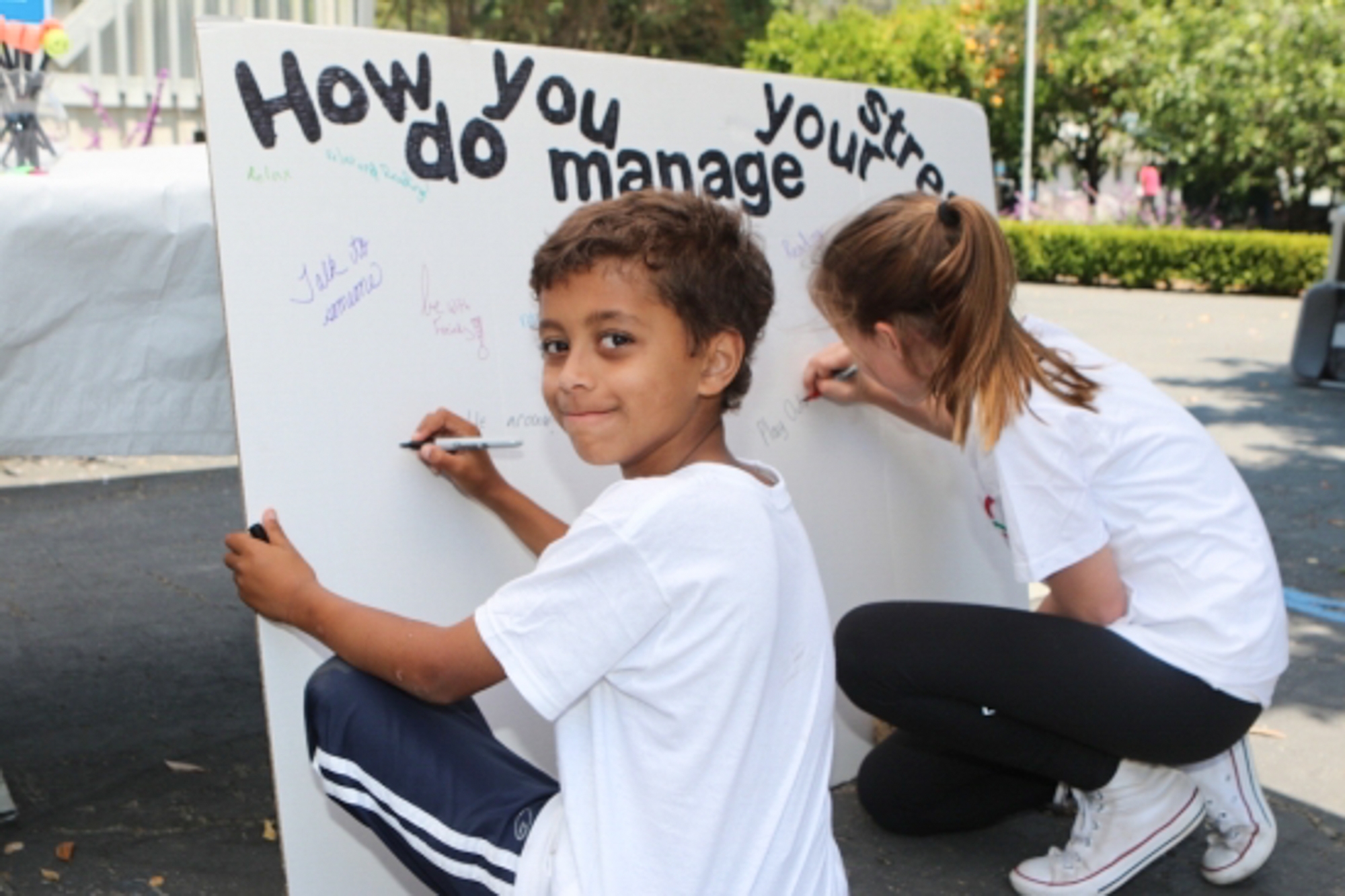 Half of all adults who suffer from mental illnesses first experienced symptoms around the age of 14. With that in mind, Mental Health Matters has set their sights on reducing stigma amongst sixth graders. Courtesy of Mental Wellness Center

Ann Lippincott’s daughter never showed symptoms of having a mental illness growing up. Being a varsity athlete in high school, an active member of the Junior Statesmen of America and a Santa Barbara local hero in November 1995, she graduated from UC Davis in 2001.

It wasn’t until shortly after her undergraduate career that she began to exhibit symptoms of schizoaffective disorder (a combination of schizophrenia, bipolar mood disorder and thought disorder). Once the symptoms began to show, so did the effects of a social stigma against mental illness.

One of the main goals of this program is to reduce the stigma surrounding mental health disorders through interactive education in sixth-grade classrooms, Lippincott said.

According to Mental Health Matters, the program was taught in 30 sixth-grade classrooms, which totaled almost 1,000 students for the 2015-16 academic year.

Fifty percent of all adults suffering with severe mental illness first experienced symptoms by age 14, Lippincott said, addressing concerns that sixth graders were too young to learn about mental health.

“The heartbreak has been with our ninth grade program. We have a psychiatrist on our team, [and] she asks the students to anonymously write questions to her,” Lippincott said.

“Typically, three to four students per class write something such as, ‘I think I may have a mental health disorder. I have asked my parents to get me some help, and they won’t because of what you all call stigma.’”

Parent education, she said, is the next frontier.

The Department of Counseling, Clinical and School Psychology conducted a study to find out if this curriculum-based program was working.

According to the study report, sixth-grade students and teachers rated the program as “highly acceptable.” It reported participants “significantly increased their knowledge” and “decreased their levels of stigma.”

“It made me realize that people with mental health disorders deserve respect,” Karlise, a Monte Vista School sixth grader, said in a statement to Mental Health Matters.

“The Mental Health Matters program helped my students come together for a common cause. They learned how to discuss and cope with mature issues, which reduced the stigma surrounding mental health illness,” Jackie Bluestein, a sixth-grade teacher at Washington Elementary, said in another statement to Mental Health Matters.

“I witnessed the level of compassion in my students really grow during our two-week program. I plan to participate in the program every year.”

UCSB students and staff should know to “be informed,” “be kind,” “be aware” and “ask for help if you need it, because you deserve it.”

Please confront the stigmatizers, they are the real issue. You do not really want to add your voice to theirs, do you?