You are supposed to strive to be the person you want to be, correct? Invest in your own human capital, learn manners, go to college, become well rounded. Become cultured.

Great. So we have the recipe to be an impressive human. But what are the ingredients? How does one become cultured?

I want to be cultured. And I genuinely do love art and books and classical music, but I’ve learned being someone of culture today is not the same as the way in which the French aristocracy proved themselves.

For example: I force myself to read Freud every night as a “bedtime story,” when what I really need is a mental break, and maybe some TV would be nice for once. Further, I pride myself on not being active on social media. However, the moments arise when I do need Facebook to join a group for work or school, whatever the reason may be. My solution? Make an account and deactivate it right when the need dissipates. Thus, I am stuck in a constant cycle of activating and deactivating my Facebook so that I may distance myself enough from this technology-obsessed generation of millennials, but not too far, because technically I am one of them and I still need to participate.

I have learned that it is impossible to escape today. Whether or not I personally have a Facebook, I cannot escape its airwaves.

I don’t know if what I’m thinking is that it’s in my foreseeable future to back out of society altogether and find a log cabin somewhere where I can just read books endlessly in front of a fireplace beside a harp. Do I think that makes me cultured? Superior? 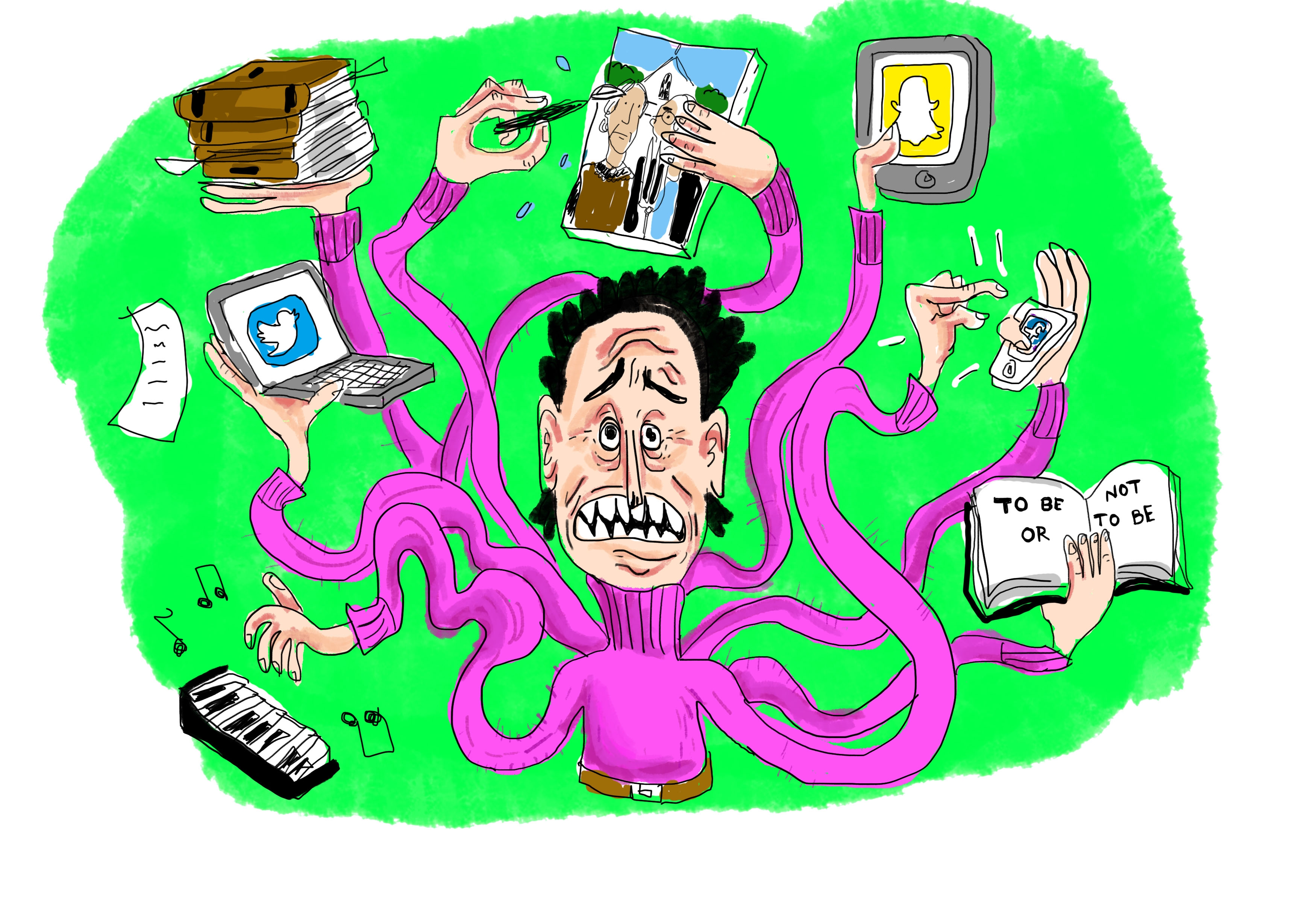 What even is culture now?

I know we still value books and art in the same snooty way that upper middle class people have been doing it for hundreds of years. But it’s complicated now because we have TV and social media and we do look down upon them. We all deny the amount of times we spend on our phones or in front of our favorite shows. So while in reality this may be our culture, it is not what we consider to be making us cultured. It is a very strange and confusing scenario that what actually does compose today’s culture is shunned and denied as being the reality of today.

Of course, at the same time, it is most certainly not a new scenario. Youth culture has often been shamed in the past. The one thing that has been consistent throughout the years is this idea of what being a “cultured” individual represents, the whole idea of being well read and having this sort of “refined” taste. Such is a truly odd notion: Being cultured can have no relation to the actual culture of the time at all.

Currently, I am trying to learn how to play the piano, but maybe I should be trying to understand Twitter. I do have a hard time communicating with my peers, but whenever I do communicate with them, they seem intrigued by the fact that I recreationally listen to Pachelbel. Is either more relevant? Is this even an equal comparison to make? Which would make me more cultured today?

But the biggest question of all: Why do I care?

I have more than enough knock-knock jokes to create small talk at the next party so that I do not require the pretext of Monet nor that of French Montana.

Am I really better than Sally and Susie if I spend my days at the library and they spend theirs at the mall? It does not seem so considering I spend my days alone with books and they spend theirs engaging in actual observance of the world around us. Because that, too, is what being cultured necessitates, right? Knowing, comprehending and interacting with the world around you? I can hardly do any of these three, so what good is my familiarity with the suffrage movement when I don’t even see the advancements that women are making now to normalize their rights through the controversial pictures they’re posting on Instagram?

But at the same time, how can Sally and Susie be better than me? They spend their days with their eyes frozen to their cell phone screens.

This then raises the question of whether our level of being cultured makes any one person better than any other, or more or less capable, to which the answer is, of course, no.

Anjalie Tandon believes culture is all around us, whether we like it or not.