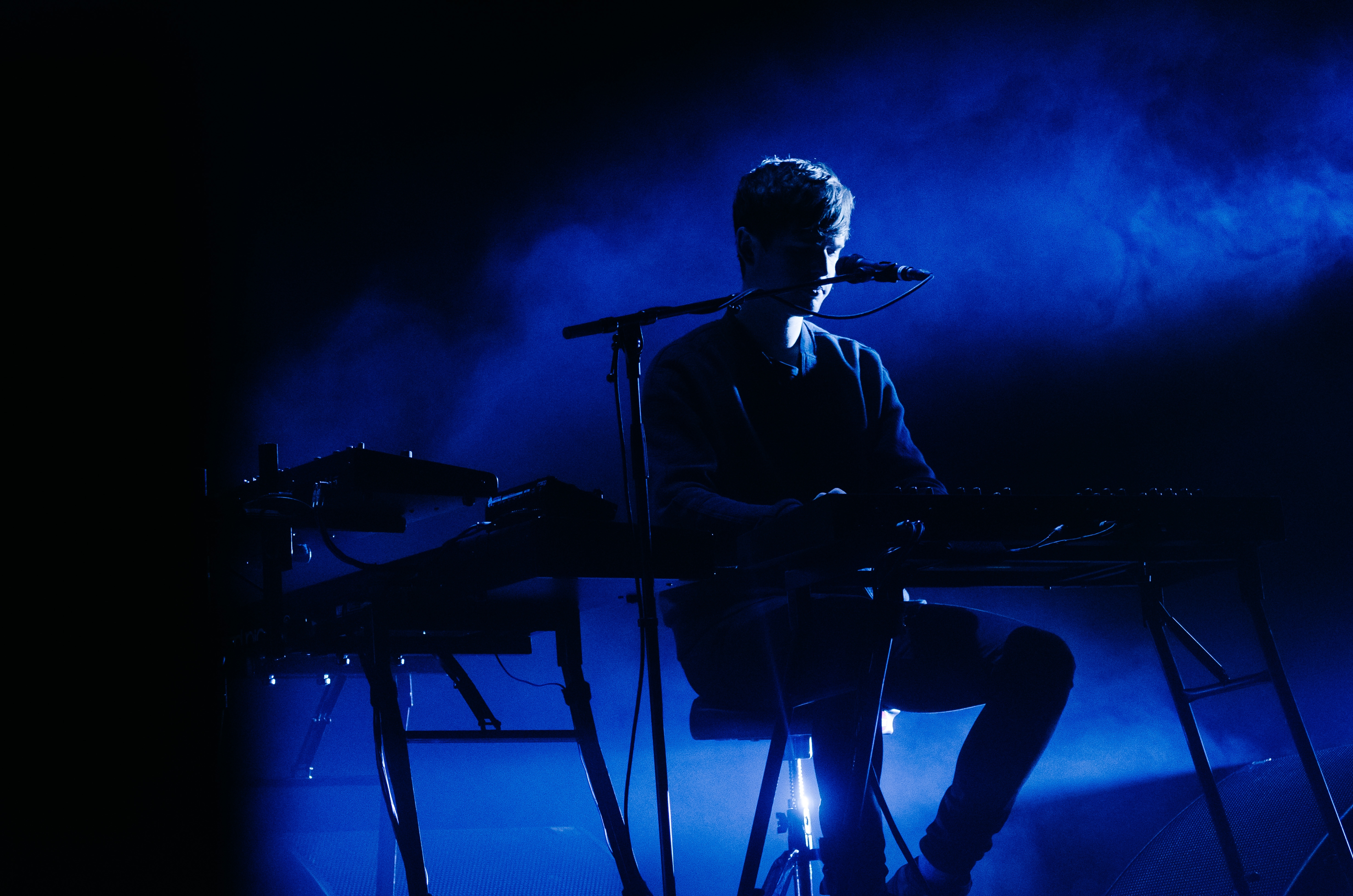 Whenever I find myself in the Arlington Theatre for a show, there’s always a point in the night when I take a step back from the act onstage and marvel at the venue itself. The faux-ancient balconies, the tiny star-lights in the ceiling; usually these things provide a nice visual break from an act that’s gotten a little stale. However, when James Blake stepped up to play this Tuesday night, not a single eye left the stage. 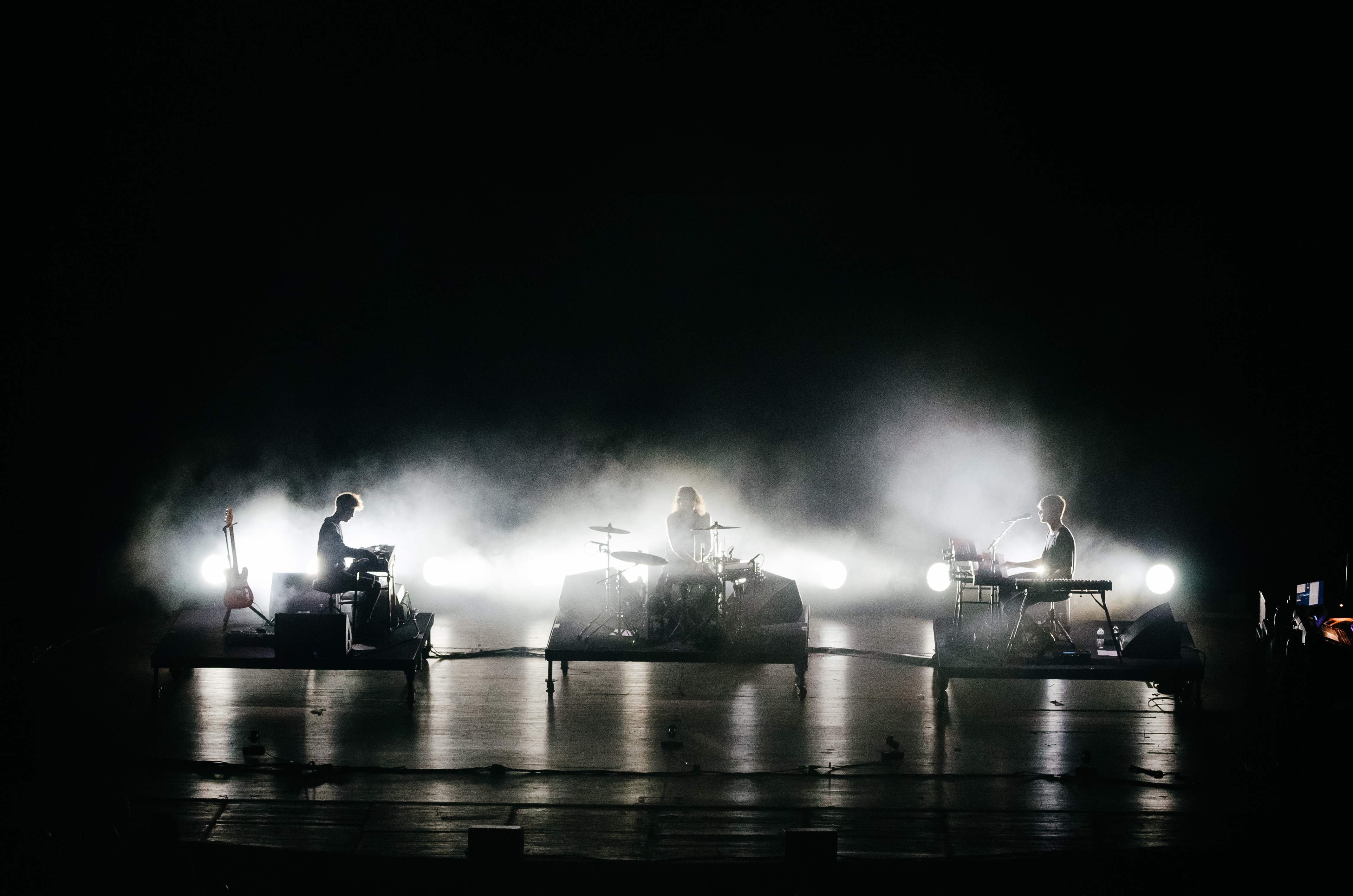 Blake, along with his touring drummer and guitarist (Ben Assiter and Rob McAndrews, respectively) gained the stage atop three square pedestals and immediately jumped into “Always” from of Blake’s latest LP. As a curtain of fog swirled beneath their feet, a singular point of light oscillated back and forth across a great black backdrop. Like Blake’s music, it was minimal yet incredibly transfixing.

The audience eagerly followed Blake’s every move as he led them through a maze of his works, both old and new. “I’m gonna try and play some of my newer material,” he announced before diving into his famous cover of Feist’s “Limit to Your Love” from his self-titled debut back in 2011. This is how James Blake operates; he sets up rules for the listener, and then shatters them into millions of glittering bits almost immediately after they’ve been formed. During “Modern Soul,” for example, a pulsing white rectangle we’d grown to accept as a central part of Blake’s backdrop suddenly rotated into a brilliant, multicolored ring, leaving everyone in the room subsumed in the best possible way.

Although they were originally intent on retaining their air of ruthless politeness, the crowd of sedate Santa Barbarans were finally pulled from their theater seats during his excellent remix of U.K. dubstep act Untold’s “Stop What You’re Doing.” According SB local David Shin, “We didn’t expect this type of energy! For him to bring everyone out of their seats like this … it was unreal.” And unreal it was; I’d never seen a crowd dance in a way so sensual yet collectively understated. It was as if each person was living out their own private fantasy with the young British crooner, fully aware of the fact that everyone around them was doing the same. 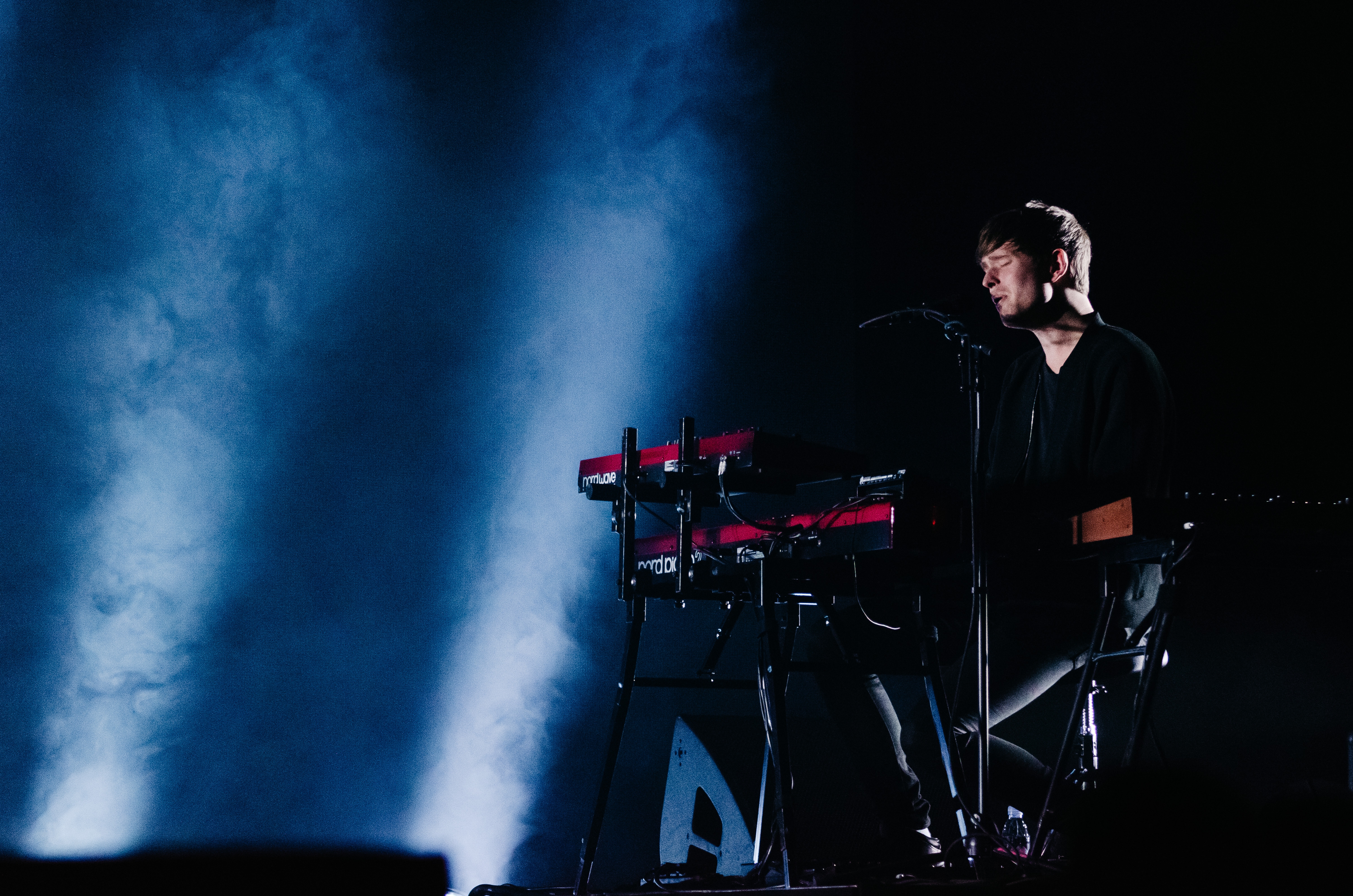 Interestingly enough, Blake elected to position himself at the edge of the stage with his drummer taking the center spot. The tawny synth maestro clearly loves putting on a show (I’d never known the Clavia Nord 4 to be a full-bodied instrument!), but after spending a set in his presence you get the feeling he’s there for the audience, not for himself. However, Blake’s musical performance really only made for half of the concert experience. The background visuals by abstract artist Matt Clark — current creative director of United Visual Artists — were perfect ekphrases of Blake’s sound. When coupled with intricate lighting changes of every shape and color on the spectrum, they made for the most thoroughly audio-visual experience I’ve ever witnessed. Apart from a minor technical which incited Blake to charmingly scrap a song in the middle of it, the performance went off without a hitch.

Nearing the show’s finale, Blake and the band finally gave into chants from the front few rows, tiptoeing their way into 2013’s “Retrograde,” Blake’s most popular track. No matter how many times you listen to it, there’s always a certain subtlety to Blake’s sound; it sneaks up on you. Even though everyone in attendance knew this track by heart, when it finally swelled into the chorus it was as if we were standing at the feet of an eclipse.

Paying homage to his long-time fans as well as his own roots, Blake finished the set with “The Wilhelm Scream” from his aforementioned self-titled. The song is a cover of one his father, James Litherland, wrote. Even through the electric fervor and downtempo drum rhythms, you can really hear the affection in Blake’s voice. Through Blake’s traditional style of minimalist repetition, the song builds upon a wall of soothing reverb like a set of waves gradually overtaking a shore. The end result is a wall of noise reminiscent of one of My Bloody Valentine’s famous “holocaust sections,” but with the intent of melting the audience into a puddle of their own sentiments rather than reducing them to dust.

After a scant few minutes of frenzied cheers, Blake returned by his lonesome to perform a serene, two-song encore. As his solemn silhouette casually lit up the empty backdrop, he serenaded us with his cover of Joni Mitchell’s “A Case of You,” leaving more than a few eyes in the room in a state of pleasant dampness. 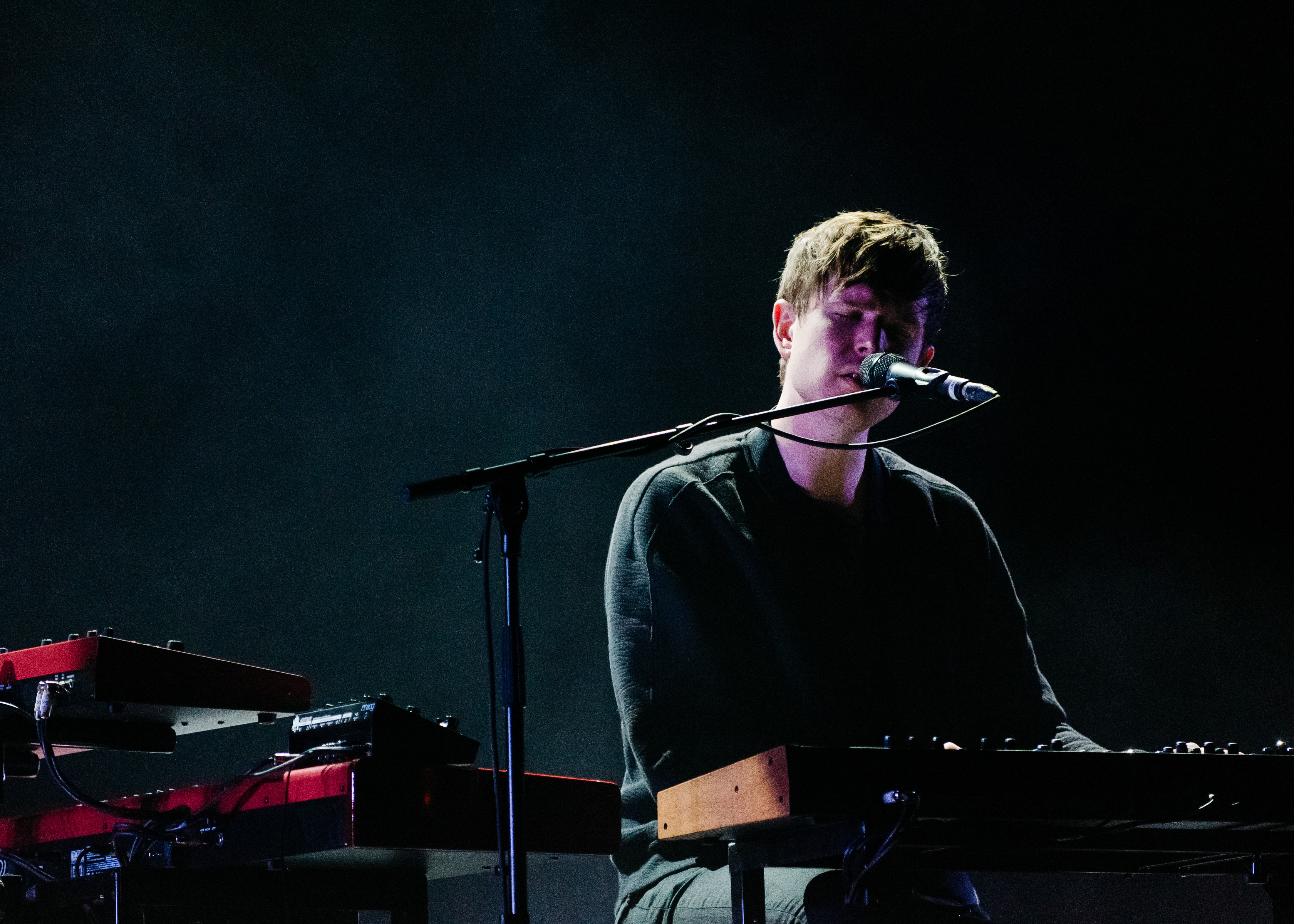 Before his last song of the night, Blake took a moment to ask the audience for complete silence. “This isn’t really special anymore,” he said, “but I’m about to make a loop.” A smattering of chuckles across the room. “I know it sounded cool when you’re cheering and all was in there before during Retrograde, but this song actually sounds really, really bad unless it’s just me. So do you think you could … let this one just be me?”

As I sat there mulling over how I’d never be asked to shut the fuck up so pleasantly again in my life, Blake, voice alone, began spinning the first verses of “Measurements.”

“God damn …” a man in front of me whispered, clearly struggling to contain his whoops of pleasure. In the most wonderfully masturbatory show of musicianship I’d ever seen, Blake proceeded to harmonize with himself six or seven times over, his vocal cords weaving a veritable tapestry of sound. These voices then gradually trickled off one by one as people stooped down to grab their jackets and purses, and Blake’s set closed gracefully like the bud of a morning glory at dusk.