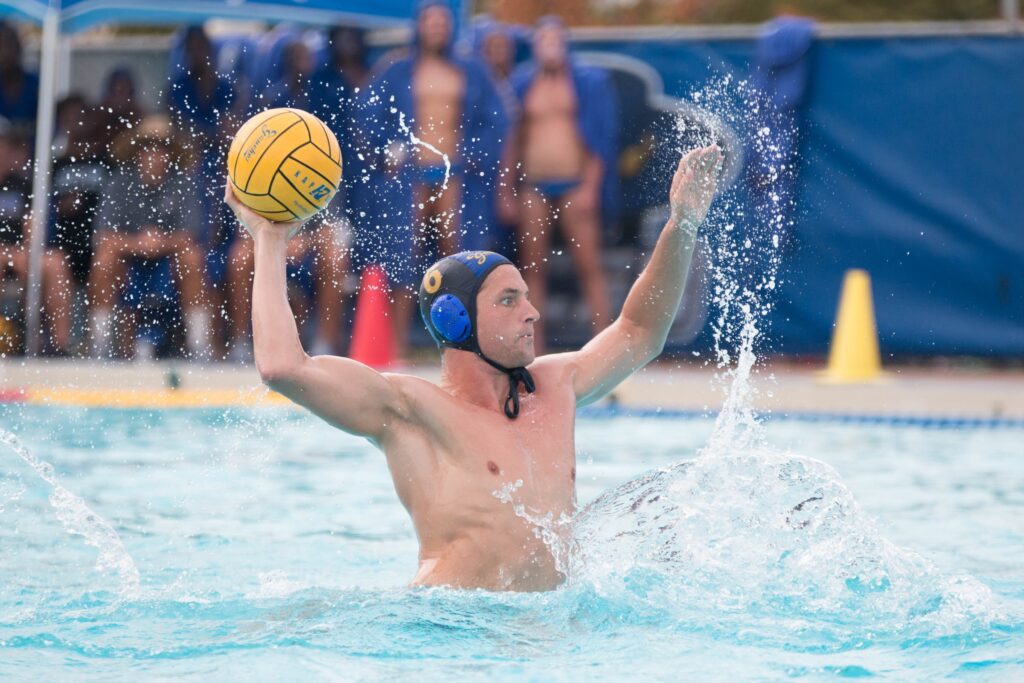 The No. 7 UCSB men’s water polo team picked up a big win in its conference opener Friday night under the lights as it beat San Jose State handily, 13-7.

“We came out like we wanted to,” Head Coach Wolf Wigo said. “We got an early lead and controlled the tempo of the game, and it was a great win.”

The Gauchos improved to 9-5 on the season, 1-0 in conference, and picked up its first-ever win in the Golden Coast Conference. The Spartans drop to a depressing 2-11, 0-1 in the GCC, and have now lost 10 straight matches.

Seeing as how it was UCSB’s first match at night in primetime, Campus Pool was packed more than usual with many Gaucho fans screaming as loud as they could to cheer their team to victory.

Santa Barbara as a team also seemed eager to take the pool and made it clear by taking the lead early and never letting it go en route to a convincing victory.

UCSB began the scoring first, as senior attacker Mitchell Hamilton got the home team on the board. After surrendering a goal to SJSU, the Gauchos reeled off three straight goals from three different athletes to take a comfortable 4-1 lead into the second.

In the second frame, the Spartans scored the first goal but junior attacker Nick Wiley countered with a beautiful shot with the shot clock winding down. After that the Gauchos scored two more goals to San Jose State’s one to take a 7-3 lead into the half.

Coming out of the break, Santa Barbara kept up the same intensity and really put the Spartans away with a three-goal quarter headlined by Hamilton’s second of the match and senior utility Reed Cotterill’s second.

Opening the final frame with a six-goal lead, the Gauchos put in a good amount of subs and saw some good action from some young, developing players. After Wiley’s second score, freshman attacker Brannan Haket scored a solid goal from the wing.

While the game was not as intense as the previous match against No. 1 UCLA, the Gauchos were able to take care of business early and get a much-needed first conference victory.

Being able to come back from a tough home loss is important, and now UCSB has a new challenge of facing three teams over the next two days. Despite the difficulty of doing so, the confidence this team is riding is at an all-time high this season and it will be interesting to see if hey could keep it up.

“We want to have two good games tomorrow,” Wigo said. “We want to control the tempo and hopefully rest our guys for a huge match against USC. We want to win all three games.”

The Gauchos face off against La Verne on Saturday, Oct. 15 at 9 a.m. at Campus Pool.