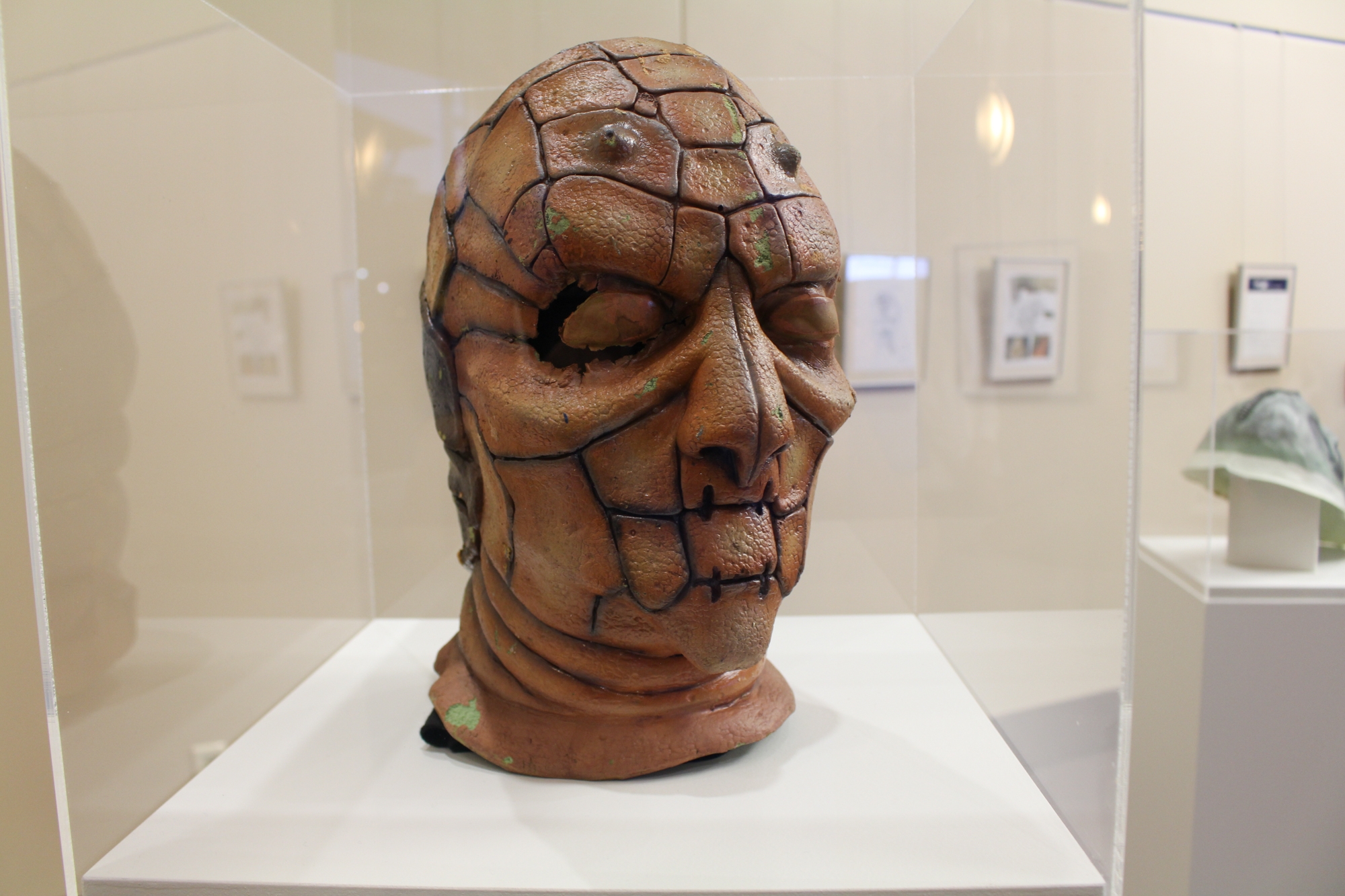 The quiet tension was palpable as the intrepid first guests trickled into the spaciously small UCSB Art, Design, & Architecture Museum, accosted by the grotesque and jagged faces of monsters from beyond the stars. Alien faces leered with eyeless sockets as patrons braved this bold new world, a chaotic and perhaps nightmarish universe conceived in the mind of an otherwise affable and unassuming genius.

The architect of this madness is Michael Westmore, who stood, benevolently mild, to the left of the entrance in a corner surrounded by the cybernetic arms and blinking eyes of the hellish Borg. Walking among the gnarled faces of Cardassian soldiers and Klingon warriors, coexisting in lifeless harmony, an appreciation for the spatial complexity of the sculpting involved in the creation process dawns on the viewer.

Foam latex molds and sketches of alien facial features adorned the walls of the exhibit. Full head casts of Sir Patrick Stewart, who played the levelheaded Captain Jean-Luc Picard in “Star Trek: The Next Generation,” rested beside a display detailing the drawing-board evolution of an alien nose.

The latter half of the exhibit was devoted to the creative processes behind movie makeup, particularly the application of these often-impossible designs to the skin and faces of actors.

According to Westmore, the makeup profession allows the artist to be as intimate with actors and production as the director or cameraman, sometimes more so.

“The makeup artist is always on set, sometimes looking through the same camera as the cinematographer,” Westmore explained.

The artist’s job involves a close and vigilant monitoring of actors for signs of sweat, costume degradation or any other mishap during filming. 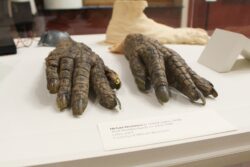 For “Star Trek” fans (aka Trekkies, or Trekkers to some purists), being so up close and personal with the creative process was “surreal,” according to born-and-raised Trekkie Nadine, a freshman studying biology. Getting to “[see] how this stuff is made” became a near-overwhelming experience.

Local Trekkie commitment was literally visible in the quantity of “Star Trek” themed apparel strolling through the exhibit, including a fully dressed Uhura. The line to speak with Westmore became saturated by avid fans yearning to convey their love of the show and its role in their development. Countless pictures were snapped with the man responsible for the foodstuffs of so many of their young imaginations.

But the generational gap presented no problem, as young fans of both “Star Trek” and Westmore’s successful game show “Faceoff” also waited to converse with the familiar artist. A gaggle of freshmen with nominal connection to either “Star Trek” or Westmore’s other extensive works were giddy with admiration at meeting the man behind their favorite show, something that to them has become “a family experience.” Westmore released some good news: fans have another three seasons of “Faceoff” to which they can look forward.

While Westmore’s legacy spans over 80 movies and television shows, encompassing the likes of “Rocky,” the “Munsters” and “Raging Bull,” his family’s work in the Hollywood makeup industry offers some of the most prolific contributions to the history of Hollywood.

Beginning with Westmore’s grandfather George Westmore, who founded the first movie makeup studio in Hollywood, the Westmore family has been involved with movies as influential as “Gone With the Wind” and created creatures as notorious as the Hunchback of Notre Dame and the Creature From the Black Lagoon. The Westmore name is so ingrained into Hollywood that stars such as Elizabeth Taylor coddled Mr. Westmore as a child, while Sylvester Stallone and Robert DeNiro became family friends.

A UCSB alumnus, Westmore began his studies as a fine arts major, hoping to diverge from the movie-making sculpting that surrounded his childhood by becoming an educator. With heavy training in the arts, Westmore soon decided to pursue what he found to be his passion, art history, with the hopes of museum curation, archaeology or professorship.

Invariably, he ended back in Hollywood for a movie production internship with his uncle, Bud Westmore. Finding a mentor in John Chambers, another of the most influential makeup artists in movie history, Mr. Westmore held fast to the profession of his forefathers, even becoming involved with the CIA in a project involving fake identities and disguises.

The evening continued as the UCSB Pollock Theater presented a 20th anniversary screening of one of Westmore’s more famous Star Trek movies, “Star Trek: First Contact.” While the theater was not packed, a vibrant population of Trekkies arrived to show their support. 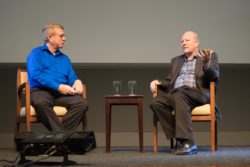 With a few opening words from Westmore and Pollock Theater director Matthew Ryan, the audience delved straight into the heat of a zero-g spaceship battle above Earth’s atmosphere. Enthralled in the voyage of the Enterprise E and her crew, UCSB students and locals alike were shown the complexity and otherworldly craftsmanship of the Westmores’ makeup work in creating both the cybernetic Borg menace and the Federation allies (the likes of Data the android and Warf the Klingon).

As the credits rolled, a healthy ovation surrounded the appearance of Michael Westmore’s name.

A small Q & A session led by Ryan followed the film. Questions focused primarily on “First Contact” and Westmore’s more famous works, including his interactions with stars like DeNiro and Bette Davis. Though much was said of the business aspect of the art of movie makeup, Westmore did offer advice to aspiring artists, drawn from his personal experience as well as his role as a guide for artists navigating the modern industry on his show, “Faceoff.” “[In today’s world] you have to go to school, in order to be competitive and to know what you’re doing. The training offered in school is highly recommended.”

Westmore touched on his training, which involved classical makeup (i.e. beauty work) and an emphasis in sculpting.

Westmore’s exhibit, Lifeforms, is open until Dec. 4. The exhibit will reopen after a winter hiatus until April of 2017. Admission is free for UCSB students with valid ID.