The Daily Nexus
Nexustentialism
It's satire, stupid.
Freshman Still Circling Roundabout 3 Weeks Later
October 13, 2016 at 9:50 am by A. Gaucho 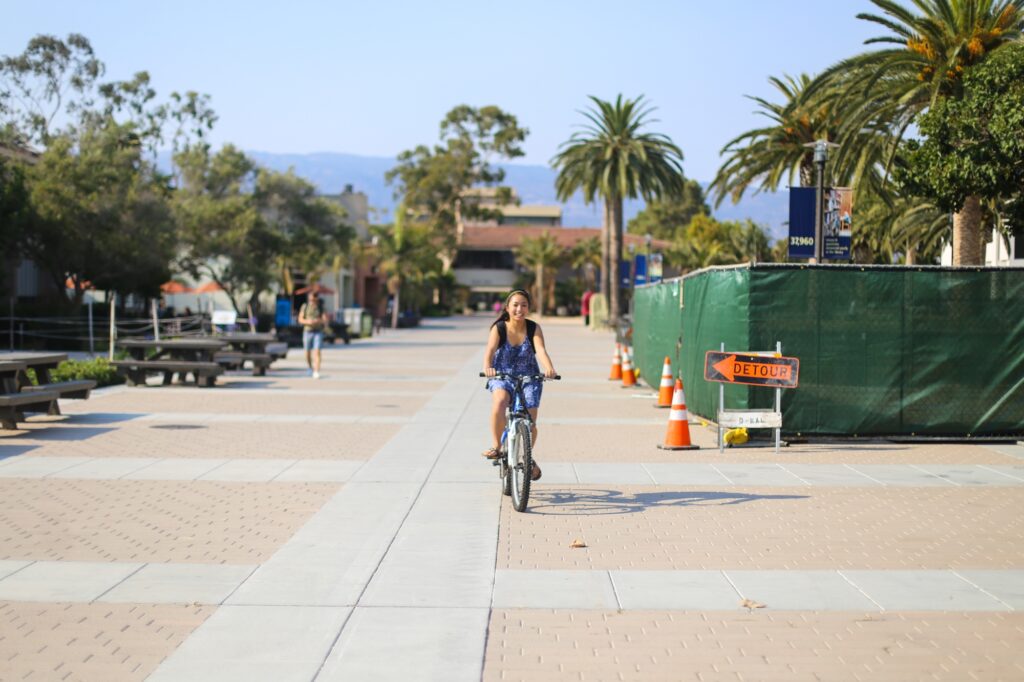 A crowd gathered around the Pardall bike circle early this morning as CSO officers attempted to persuade first-year student Jack Stevens to finally exit the roundabout after three weeks of continuous biking. Stevens has been anxiously circling the bike loop since the first day of classes and has yet to gain the courage to safely exit, even when there are no bikers anywhere remotely near him.

“You are safe to exit, there haven’t been any bikers near you for hours,” CSO officers called out to Stevens.

“Eh, I think I’ll just take a couple more laps to be safe,” Stevens replied, “Those bikers really come out of nowhere.”

Exchanges like this have been going on for several days now, and there is serious concern for Stevens’ health. Preliminary diagnoses for causes behind his behavior include severe dehydration, hallucinations and freshmen biker paranoia. At this point, experts say it would be more beneficial for him to get into a bike crash so he at least could get off the bike path and be seen by a physician.

Friends of Stevens said that he had been a little nervous to bike to class since he had not touched a bike since the fourth grade, and there is some speculation that he doesn’t know how to break on a beach cruiser.

The beginning of Fall Quarter is always plagued with interactions like this. Whether it’s because people have yet to give up on their goal to be more active this year, or because they haven’t figured out that their beach cruisers can’t handle even the slightest incline, bike paths seem to be more of a death trap than the laid back cruise that campus tours made them out to be. Crash rates have been up significantly, and many students sympathize with Stevens.

“I don’t blame him really,” fellow first-year Michelle Lewis said. “The bike paths at this school are absolutely terrifying, people keep yelling at me even when I stay on the left side of the path and bike as slow and carefully as I can. In a way, he’s a symbol of what all freshmen are feeling on the inside, and he’s kind of my hero for that. But I’m probably going to just start taking the bus.”

It’s not clear if Stevens will be able to exit the bike circle anytime soon, but he will probably be forced to stop circling in the next couple hours from sheer exhaustion.

A. Gaucho is a second-year communication major who’ve you’ve probably passed on the bike path at least twice.