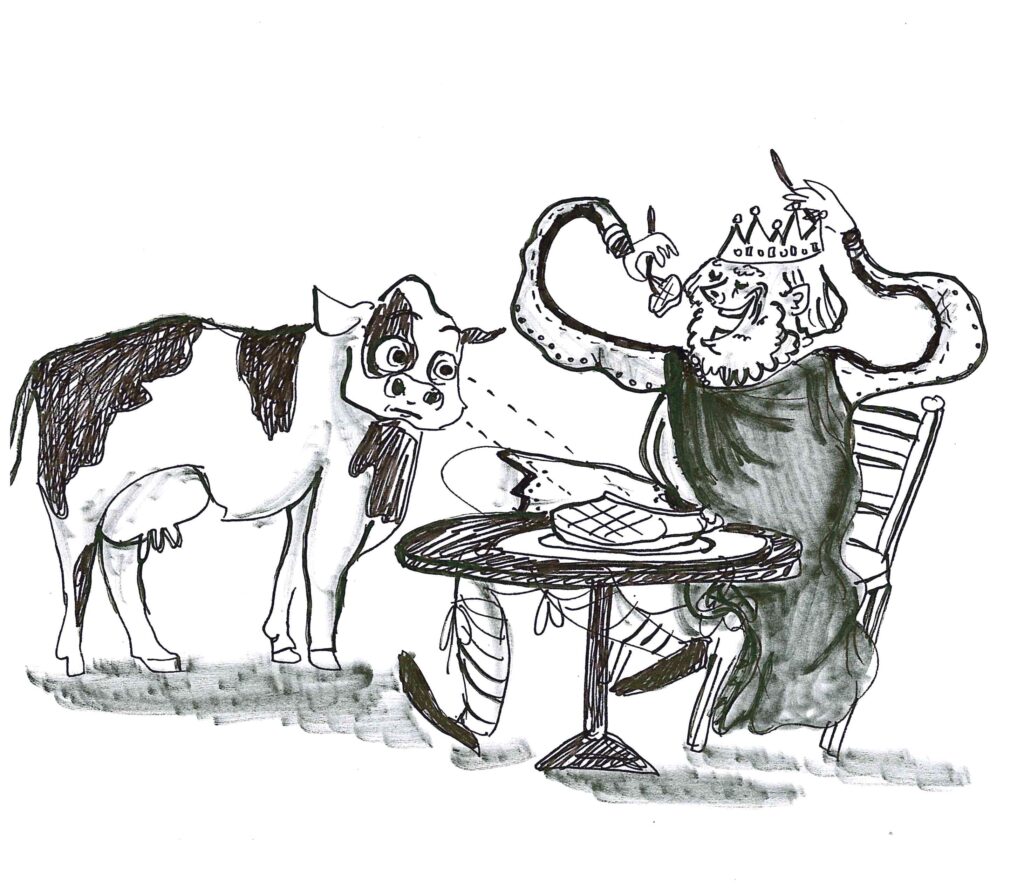 Perhaps you have never given it much thought, but consider for a moment that when you go grocery shopping, you never buy a package of cow or a gluttonously large serving of sliced pig fat. No, you buy some ground beef for taco Tuesday and some bacon that is going to help cure your Sunday morning hangover. Despite the differences in the names of these two meat products in relation to their animal counterparts, however, chicken is still called chicken — why?

Well, it turns out that most of our English meat names come from Norman French. The distinction stems from the theory that Anglo-Saxons who tended to the animals used the English names that we know today like cow, pig and sheep. The aristocrats and those who cooked or served the meat used the Norman French names that we see in the store like beef, pork and mutton. This word-splitting between noble and commoner words has many more examples, some of which aren’t related to food: forgive vs. pardon, autumn vs. fall and drink vs. beverage, to name a few.

This historical reasoning neglects chicken, which is the same in the store and on the farm. Although “poultry” covers all domesticated birds, including duck and turkey alongside chicken, we don’t have a specific distinction between the food and animal when it comes to chicken because it was a meat that even the commoners could afford to eat. When a certain food wasn’t only eaten by the nobility, we kept the Anglo-Saxon word.

It is difficult to find a specific answer as to why this split sticks with us today at the grocery store, but we as consumers just seem to prefer to keep the idea of the animal separate from the meat. Psychologists have deemed this disassociation as the “meat paradox.” Nevertheless, the etymological history of our food is a little strange and something that we often don’t consider when we chuck the package into our cart.

“but we as consumers just seem to prefer to keep the idea of the animal separate from the meat. Psychologists have deemed this disassociation as the “meat paradox.””
Not much of a paradox, no one wants to think about the animal whose life they are responsible for taking. The same reason that kids go on field trips to an apple orchard but not a slaughterhouse. It is much easier to enjoy your steak if you don’t have to think about the innocent cow it once was.