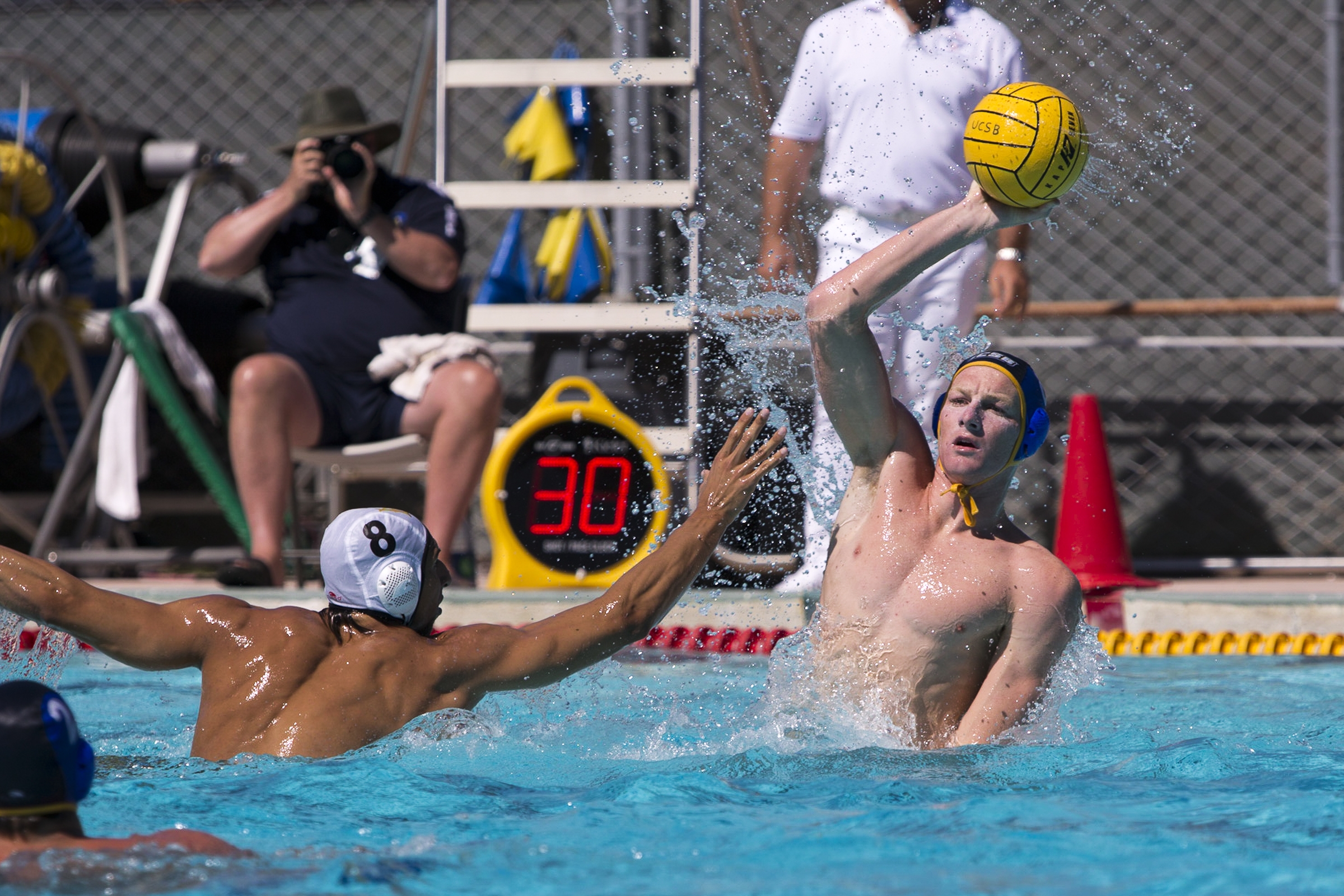 Kicking off conference play was a bit different this year for the No. 7 UCSB men’s water polo team, as after 20-plus years in the MPSF, the Gauchos began their new quest in the inaugural season of the Golden Coast Conference against the Waves on Thursday.

Thanks to a strong, clutch 10-8 victory at Pepperdine, Santa Barbara now sits at 8-4 on the season and 1-0 to begin Golden Coast play. The Waves, after losing to UCSB for the second time this season, fall to 8-6 on the year with a 0-1 conference start and are now losers of five straight matches.

Both teams played a valiant match, as early on both kept the score close with solid shots on goal. However, due to a strong performance from senior utility Reed Cotterill, the Gauchos were able to pull away late for their first ever Golden Coast Conference win.

The home team started the scoring early, as, in its first possession, Pepperdine managed to put one through the net for the 1-0 advantage. Freshman attacker Connor Wilde then stepped up and tied the game for UCSB on a power play opportunity.

After both teams traded goals, Wilde nailed his second score of the match to take a 3-2 lead after the first quarter. After trading goals in the second, the Gauchos took a 4-3 lead into the break.

Beginning the scoring in the second half was junior attacker Shane Hauschild, who scored his first of three goals in the third frame. Despite having a seemingly strong two-goal lead, Pepperdine racked off three straight scores to reclaim a 6-5 lead. However, Cotterill scored two goals in the span of 21 seconds to give his team the advantage yet again at 7-6 heading into the fourth.

In the final frame, the road team pulled away as two goals from Hauschild and one from Cotterill gave them a 10-6 lead with only three minutes to play.

Although the Waves managed to put two more through the back of the net before the match ended, it was clear Santa Barbara was minutes away from its first conference win of the season.

When all was said and done, both Cotterill and Hauschild had hat-trick performances along with one assist to total four points each, which helped the Gauchos immensely in this close conference matchup.

For the senior utility, this was his second three-goal performance against Pepperdine and yet another match in which he scored at least one goal.

For the Waves, this loss was a tough one; the team had to do a quick turnaround, as it had a road nonconference match against USC the next day and a home match against Air Force on Sunday.

Despite losing its sixth straight match when USC blew it out 15-4, Pepperdine finally picked up its first win against Air Force in a solid 20-6 victory.

UCSB certainly showed up in its Golden Coast opener, which can make all the difference in this new conference. With perineal powerhouses UCLA, USC, Stanford, etc. no longer on their conference schedule, the Gauchos might be able to make a deeper run than they have in the past.

Santa Barbara’s next match is against unbeaten No. 1 UCLA at 3:30 p.m. on Thursday, Oct. 13 at Harder Stadium.

[Correction: A previous version of this article had the headline: “Gauchos Defeat Waves For First Ever Golden Coast Victory.” The Gauchos match against Waves this past weekend was not a conference match, but just a regular season game. UCSB and Pepperdine will face in a conference match on Friday, November 11th.]