Coastal communities like Isla Vista and Santa Barbara are faced with an incessant barrage of environmental threats on a daily basis. Dealing with everything from eroding cliffs to excessive oil drilling, researchers are constantly on their toes in an attempt to stay one step ahead of these hazards. 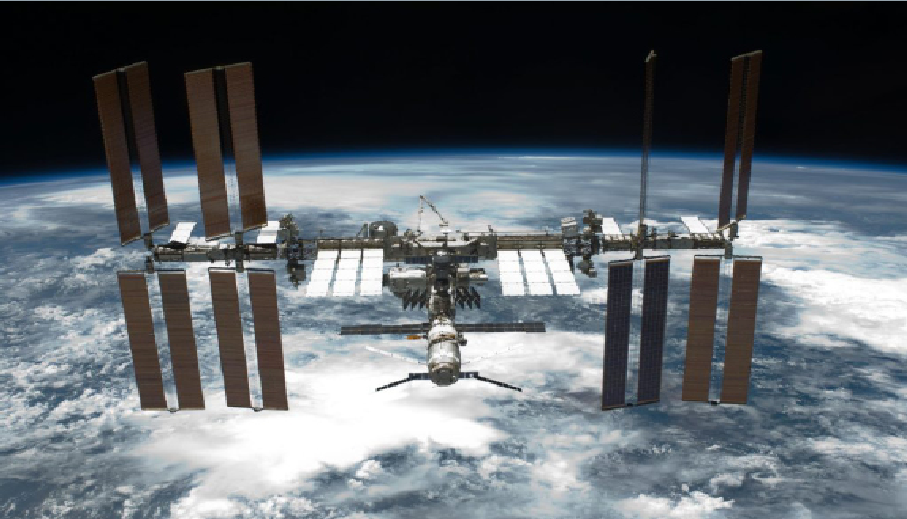 Shown above is a picture of the International Space Station (ISS), a habitable space station in low Earth orbit. Meiburg and Luzzatto-Fegiz will not go into space, but will conduct their experiements at UCSB and then send that data and how to conduct the experiements to the astronauts residing at the ISS. Courtesy of apod.nasa.gov

Particularly troublesome is our lack of understanding of deep-sea sediment and fluid dynamics. Faculty members here at UCSB, however, are making great strides in furthering our knowledge of the land that surrounds us.

Assistant professor Paolo Luzzatto-Fegiz at the UCSB Department of Mechanical Engineering studies thermal science and fluid mechanics and is particularly intrigued by the complex particle interactions involved in sediment transport.

Luzzatto-Fegiz and his colleague, professor Eckart Meiburg, have recently been awarded a grant by the National Science Foundation (NSF) and the Center for the Advancement of Science in Space (CASIS) that will allow them to conduct experiments from the International Space Station.

“This project has to do with modeling the physics of sediment in the ocean,” Luzzatto-Fegiz said. “Sediment transport is very important in many different applications.”

Unsurprisingly, studying particle interactions at such a minute level poses unique challenges for engineers. Largely obscured by the ever-present force of gravity, it is often difficult to make accurate measurements when performing these experiments here on Earth.

“Sediment is a bit special in that it’s made of many different kinds of particles that interact with each other through electrostatic forces,” Luzzatto-Fegiz said.

That is where the International Space Station comes into the equation. By performing the same experiments outside the Earth’s atmosphere, the engineers are essentially able to “turn off” gravity and gather data free of its obscurity.

Though the physics of sediment transport and fluid physics aren’t exactly commonplace knowledge for the regular American, the fact remains that having a firm understanding of the science allows for many practical applications. For seaside regions in particular, Luzzatto-Fegiz’s research is incredibly important in attempting to mitigate many of their unique obstacles.

The experiments themselves are designed in the engineering labs at UCSB and are sent to the International Space Station to be performed by astronauts there. The data from space is then compared to the data collected by engineers performing mockups of the same experiments here on Earth.

“One way to quantify how clay particles [suspended in water] move due to electrostatic forces is to shine a light through a glass tank with a camera on the opposite side. Depending on how much light comes through at each point, you can figure out how dense the particles are,” Luzzatto-Fegiz said.

In the wake of the 2015 Refugio oil spill’s recent anniversary, the issue of oil drilling off the Santa Barbara coast has fueled many a debate regarding its morality and environmental practicality.

“When an oil company finds deep-water oil deposits, they will drill many holes to try to figure out the structure of this hydrocarbon reservoir,” Luzzatto-Fegiz said. “Each of these wells is phenomenally expensive.”

The team’s research aims to reduce both the financial and environmental expenditures of oil drilling, a habitual practice off the coast of Santa Barbara and other neighboring regions.

Having gained access to the International Space Station, these UCSB engineers are pioneering new methods of studying fluid mechanics and sediment interactions without the complications of conducting these experiments on a gravity-bound Earth. With such a unique tool at their disposal, Luzzatto-Fegiz and Meiburg’s data will undoubtedly benefit a variety of research areas in the future.