The Daily Nexus
Sports
UCSB Aims to Keep Momentum
October 6, 2016 at 5:08 am by Antonia Bird

The UCSB women’s soccer team will play their second conference game of the season against Cal State Northridge this Thursday. While the Gauchos have had a successful start to the season, they will be looking to maintain that same momentum as they head into conference play. So far, they are off to a good start. 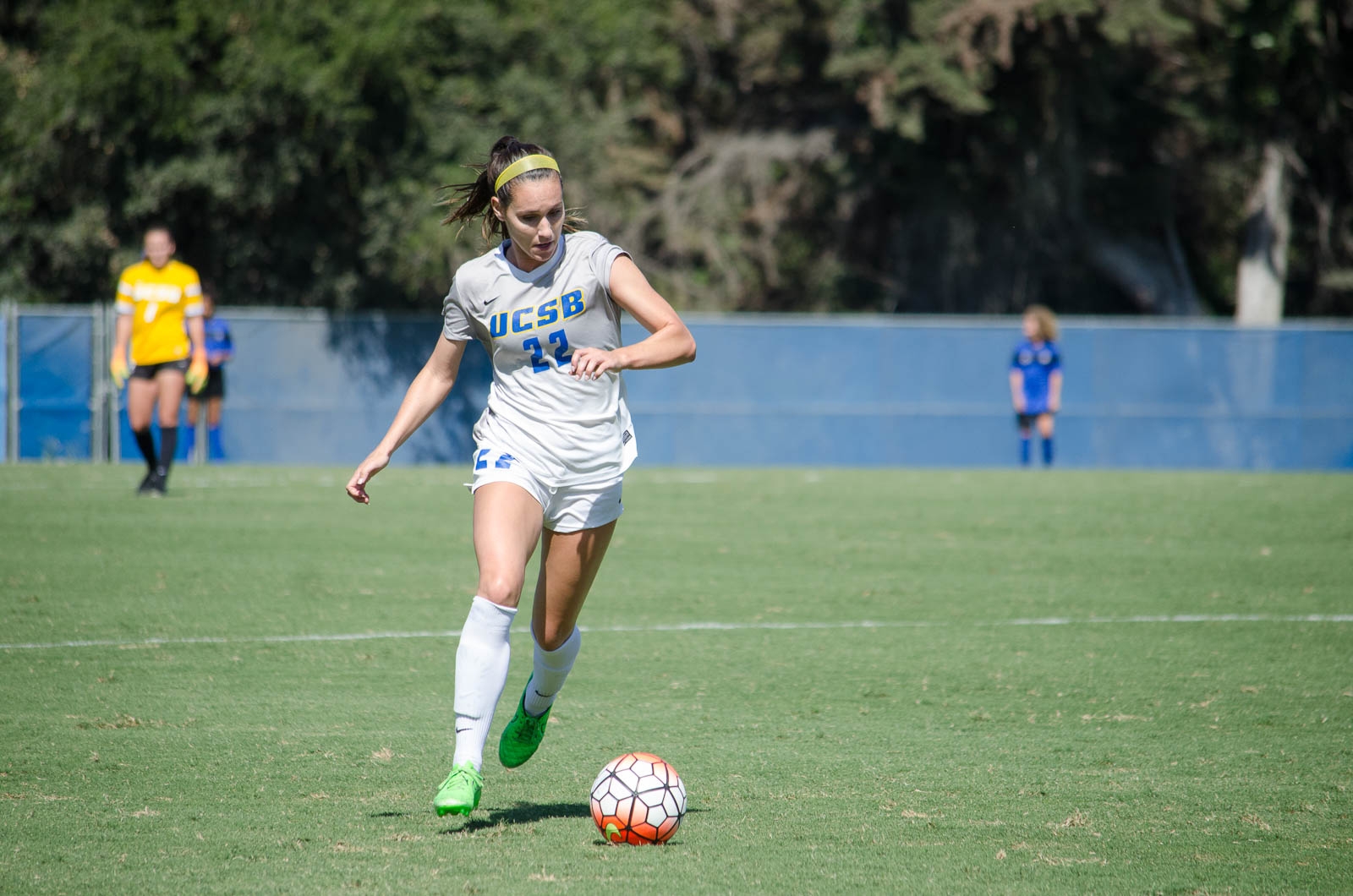 The Matadors will be the underdogs in Thursday’s game, where they will fight for an upset in hopes of attaining their first conference win of the season. CSUN has scored 14 goals so far this season and has averaged 16.1 shots per game. Altogether, the team has earned 53 corner kicks and has put together 15 assists.

A standout player on Cal State Northridge’s roster is forward Camille Watson. The senior is an aggressive attacker for the Matadors as she has gotten a total of 37 shots off this season and leads the team with three goals scored. Watson has also assisted two goals on the season. She has remained a reliable player for the Matadors since her freshman year, playing in every game and making key contributions.

A second player who will require heavy attention from the Gaucho defense is midfielder Kourtney Kutscher. The redshirt senior has started all 13 games so far this season, contributing a total of two goals and one assist. Kutscher is a consistent offensive player for the Matadors, earning All-Big West Conference First Team last season.

The Matadors will most likely be playing with their starting redshirt junior goalkeeper Jovani McCaskill. While there is room for improvement, CSUN’s overall record would be much worse if it were not for the security McCaskill provides in the goal. She has started every game thus far this season, tallying 47 saves and eight shutouts.

On the other side of the field, the Gauchos are ready to take the next step forward and earn their second conference win of the season to try to crack the NCSAA Coaches top 25 poll. This week, Santa Barbara totaled seven votes, tied for 33 with Ohio State.

Part of the reason UCSB has been so dominant this season is the fact that they have only given up eight goals this season while having scored 25. Overall, the Gauchos have taken 161 shots, averaging 13.4 per game. They have put together 87 corner kicks and 24 assists, making them a highly active team offensively.

Junior forward Amanda Ball currently leads the team with eight goals scored this season, three of which were of the game winner variety. Over the course of the last 11 games, all of which she’s started, Ball has managed to get 41 shots off and has assisted on two goals.

Right behind Ball’s goals scored is sophomore forward Mallory Hromatko and freshman midfielder Shaelan Murison. Both have contributed a total of four goals and two assists. Hromatko has seen a bit more action, taking a total of 21 shots with nine being on target. Murison is close behind with an 18-6 ratio.

The Gauchos also have two incredibly reliable goalkeepers, sophomore Brittney Rogers and senior Jacq Caginia. Rogers has been the go-to starter for UCSB this season and has made 25 impressive saves on the year. In the 10 games that Rogers has played, she has managed to finish with six shutouts. While Caginia has only seen half the amount of playing time, she has tallied a total of four wins and seven saves.

The Gauchos will host the Matadors in Harder Stadium on Thursday, Oct. 6 at 5 p.m.