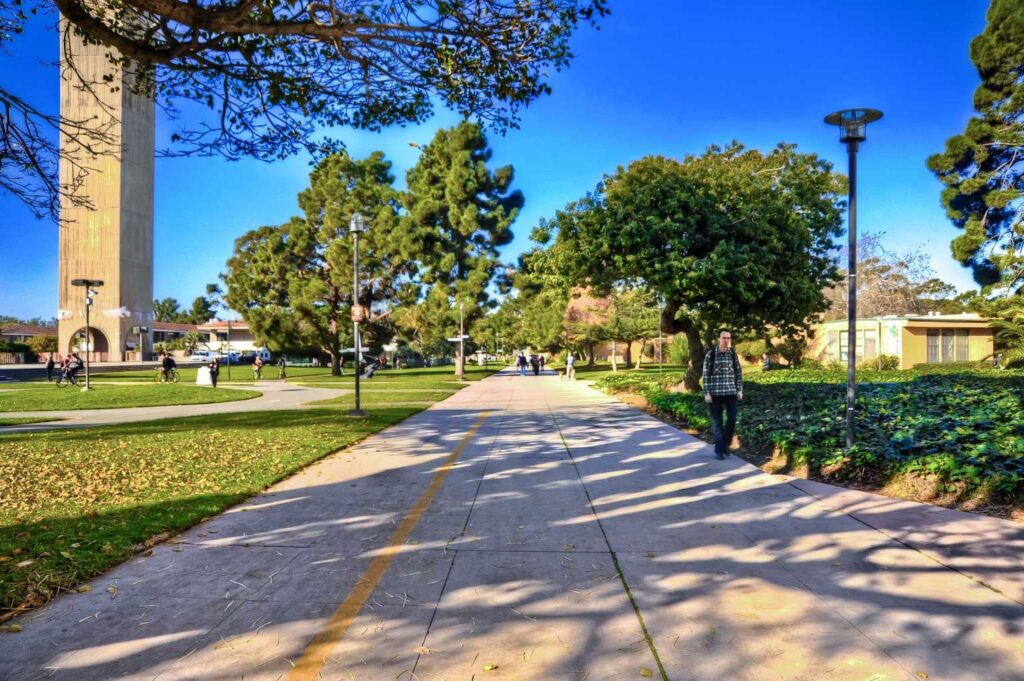 2016 has truly been a year of firsts, and this story is no exception. CNBC’s Tricia Takanawa reports that a UCSB summer tour guide, handsomely named Greyson Phillips, has not stopped walking backward since his last University-sanctioned campus tour well over a month ago.

Despite protests by PETA, Black Lives Matter and The Foundation for Backward Running calling for the SBPD to take punitive action, local authorities say backwards walking is “generally out of their jurisdiction,” and that the best they can do is “closely monitor the situation.”

The Daily Daily additionally reports that posts on Phillips’s Facebook page dating back almost a year heavily suggest that he was and is a fan of backward walking, but they are quick to add that “These findings are not necessarily conclusive in a court of law.”

Still, others, namely smoked-out area man Smitty Walters, assert that the lowly tour guide has done nothing wrong. “Like, let the vanilla sundae find his way, broheem. There’s for sure no need for all this hostile posturing and such. All is well in the kingdom,” Walters said.

Perhaps the most important aspect of this peculiar development on why Greyson Phillips decided to embark (or, rather, continue) on his backward journey, has yet to be met with any convincing responses. Experts from the University of Phoenix in the field of bilocomolialus backwardius — Latin for “backward walking” — have offered up some insight. However, “Studies weakly point to the possibility that backward walking can lead to a rip in the space-time continuum, so Mr. Phillips could very well be a time-traveling space villain determined to destroy the fabric of our existence.”

We also have a mole in the Democratic National Committee that hints at the sentiment that almost all of Hillary Clinton’s lost emails contain classified information highly pertinent to this case. Ergo, Mrs. Clinton may or may not be a fellow time-traveling space villain determined to destroy the fabric of our existence.

Though Phillips’s location cannot be exactly pinpointed at this time, rough estimations courtesy of Neil deGrasse Tyson put him in the middle of the Bermuda Triangle. For live updates, be sure to follow @nexustentialism on Twitter.