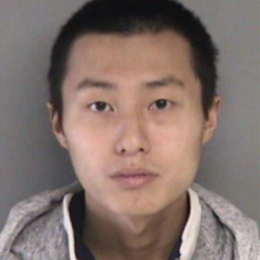 Witnesses presented testimony Tuesday against Daniel J. Chen, a former UC Santa Barbara student who was arrested for the rape of a female student in February 2016.

Five witnesses spoke in court during a preliminary trial about the alleged rape which occurred on the UCSB campus in February 2014, according to KEYT.

Chen was arrested in San Ramon on Feb. 10, 2016, and charged with two counts of rape. He pleaded not guilty and is currently being held without bail in the Santa Barbara County Jail.

Miller responded to the victim the morning after she was attacked. He, along with the four other witnesses, said her injuries were the worst he had ever seen.

The victim told Miller she drank alcohol previously that night, but he said she did not smell like alcohol or exhibit slurred speech.

Schmidt, the detective assigned to the rape investigation, said the victim recounted leaving a party at the end of the night with a male friend, but she did not remember the events between the party and the assault.

Arviso saw the victim in Northern California after the alleged attack. She described the victim as a “survivor” multiple times while testifying, according to KEYT.

When Arviso accompanied the victim to the crime scene months after the attack, she said the woman got on all fours, cried and talked to herself.

Arviso also coordinated Chen’s arrest in February 2016 and interviewed him about the details of the case. Chen claimed he didn’t know the victim or why his DNA appeared at the crime scene.

Hecox presented the fourth testimony as a member of the sexual assault nurse examination team that treated the victim. The victim had a ruptured ear drum, a broken nose and severe body and vaginal injuries, and Hecox said she had to leave the room and compose herself when she saw the victim’s condition. Videos of the victim’s injuries were shown in court, according to KEYT.

Levi, the last witness to testify, is a senior criminalist who examined items from the crime scene, including the victim’s underwear and two used condoms. The condoms had DNA evidence belonging to Chen, but Levi said no other male DNA was identified.

Chen is due back in court for his arraignment in November.

The victim also filed a civil suit against the UC Regents in January, claiming the location of the attack had dense foliage which allowed the rape to occur. The UC Regents failed in their initial challenge of the allegations, and attorneys are currently negotiating whether the case will go to trial or end with a settlement.

Chen is represented by Adam Pearlman. I paid Adam Pearlman after UCSB urged my ex to report to police that I had raped her repeatedly. The University of California therefore bolsters the business of a man who defends actual rapists, and this truth sets my heart ablaze with Schadenfreude.