Friday’s contest with CSUN began with a close opening set, with the teams playing to an 18-18 tie before the Gauchos went on a blistering 7-0 run to close the game. 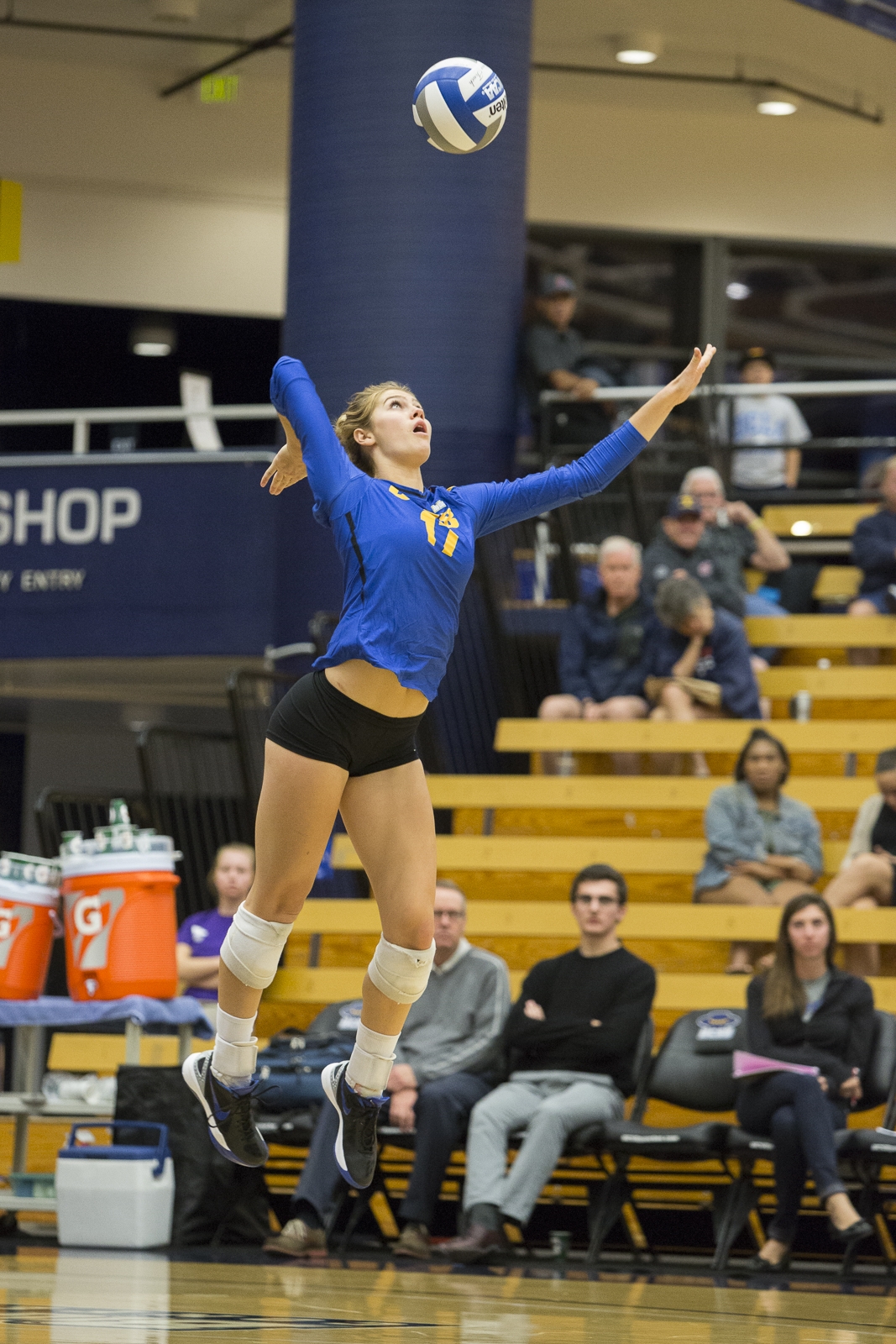 The second set again saw the Matadors play well to start, as they jumped out to a 16-9 lead. UCSB battled back again, as they have shown a penchant for doing, and another 9-4 run gave the Gauchos a decisive two-game lead.

A flurry of scores at the end of the third set gave CSUN their first win of the evening, but the Gauchos took care of their business in the match’s final set. Down 9-12, UCSB scored six straight points, forcing a CSUN timeout and creating what would be an insurmountable lead.

The Gaucho offense was propelled by freshman middle blocker Rowan Ennis, senior middle blocker Phoebe Grunt and junior outside hitter Chanel Hoffman. They each reached double digits in kills, while all hitting over .340, setting the tone for a ferocious UCSB attack.

CSUN’s standout sophomore outside hitter Aery Owens continued her scoring prowess, averaging four kills per set and amassing a team high of 16 total. Her efficiency was down, however, as Owens was only able to put forth a modest .159 hitting percentage, and she was plagued by errors with nine, a match high.

Also contributing to the scoring frenzy was the Matadors’ redshirt freshman middle blocker Melissa Eaglin, who amassed 10 kills on a .429 hitting percentage, and scored 14.5 points, second on her team.

For CSUN, junior libero and defensive specialist Katie Sato dug 21 attacks, second highest in the match, and sophomore defensive specialist Erin Indermill added 15 of her own. The going was tough in the middle for the Gauchos, as Owens and Eaglin contributed to four and seven assisted blocks, respectively.

Long Beach State would not prove as easy an opponent for the Gauchos, however, as they were swept for the fourth time in six matches and the second time by a conference opponent.

The first set was the match’s closest, as the opponents traded jabs back and forth before two kills and an attack error gave LBSU a 28-26 win.

In the second set, the Gauchos again kept it close, but after reaching an 8-8 tie, UCSB was held at an arm’s length of two or three points for the remainder of the game.

The final set of the match saw UCSB grab an early lead, though the eight-point mark again proved to be a line of demarcation as Long Beach grabbed control of the game, scoring four straight points. A 7-2 run would end the match, as the Gauchos seemed exhausted from the relentless LBSU attack.

The loss came despite Chanel Hoffman’s career evening, totaling a career best 19 kills in the match. She was everywhere on the court, providing a defensive presence with 11 digs, and sending 41 attacks at Long Beach, by far a match high and more than double anyone else on her team.

Redshirt freshman Hannah Juley was again the catalyst for much of the Gaucho offense, assisting 36 attacks after setting up 45 in Friday’s match.

The Gauchos, now 1-2 in the Big West, will play their next two at home against UC Davis and Cal Poly. UCSB will look to regain a .500 record in the conference and beat two of the school’s top rivals.