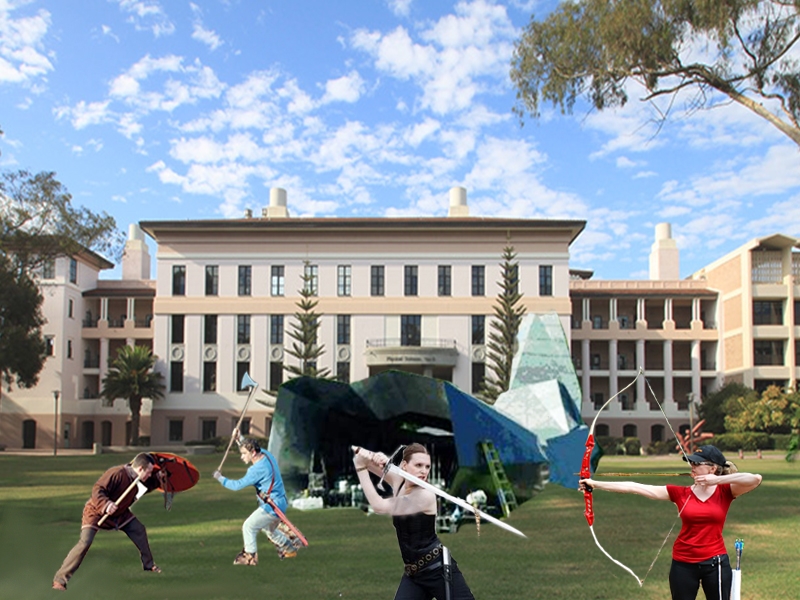 This week, UCSB students began the Fall 2016 Quarter,  and many of the school’s professors were forced to make difficult decisions about who to allow into their classes. One man, Professor Ash Schuler, has chosen to let the students fight amongst themselves for the chance to study Anthropology 76: Skulls and Things.  The competition consists of four stages: a chariot race, a steel cage wrestling match, jousting and, finally, a multiple choice exam.

“I want to teach kids who will strive to be the best at everything, not just ones that’ll memorize the material.” Schuler said. “They’ve done so much in their lives to get this far, this is the least they can do to earn their place in my classroom.”

He currently has an average rating of 2.1 on Rate My Professor.

After the end of the first lecture, what can only be described as a Hunger Games-esque rampage broke out, and casualties are still being counted. Three unnamed students have already perished as a result of the first task, while 27 others were seriously injured when a chariot pile-up occurred. Several parents have filed a civil suit against Professor Schuler for reckless endangerment.

“I can’t believe the university has been so compliant,” Jessica Walters, a complainant named in the civil suit, said. “My child doesn’t just get to pick what classes they take, this is practically abuse.”

The University has yet to issue a statement.