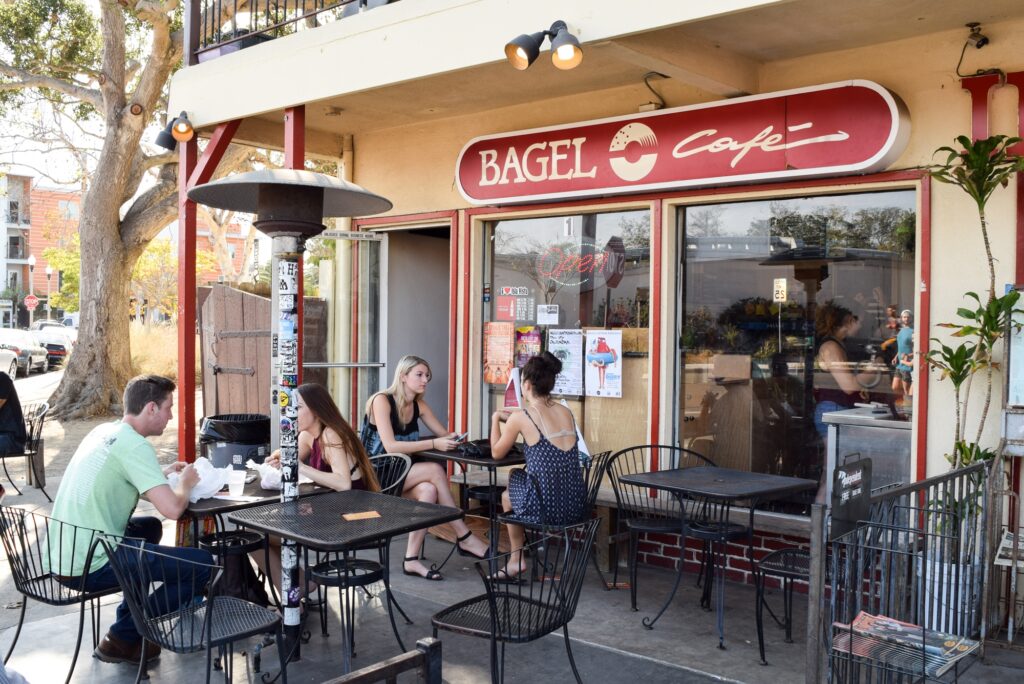 On the corner of Embarcadero del Mar and Trigo sits a quaint shop whose hum emanates upbeat music, the sounds of people talking and the smell of delicious baked bread. This place is Isla Vista’s Bagel Café. For 25 years, the restaurant has remained a staple of I.V. culture. Every morning it’s packed with people looking to get a bite of its well-priced, delicious food. Alongside its anniversary, the restaurant was named one of the 38 Best Breakfast Spots in College towns across America by Spoon University; it is the only bagel joint mentioned on the list. It was noted for its “messiest most delicious breakfast sandwiches ever” and as an “Instagram-worthy-gonna-get-you-300-likes kind of place.”

Back in 1991, founder Doron Friedman wanted to bring the charm of an authentic New York bagel deli to the sunny community of Isla Vista. The recipes they use today are still true to their old school roots. By first boiling and then baking their delicious kosher treats and using ingredients like unbleached flour and organic malts, they maintain the legacy of tradition passed on from the New York bakeries before them. 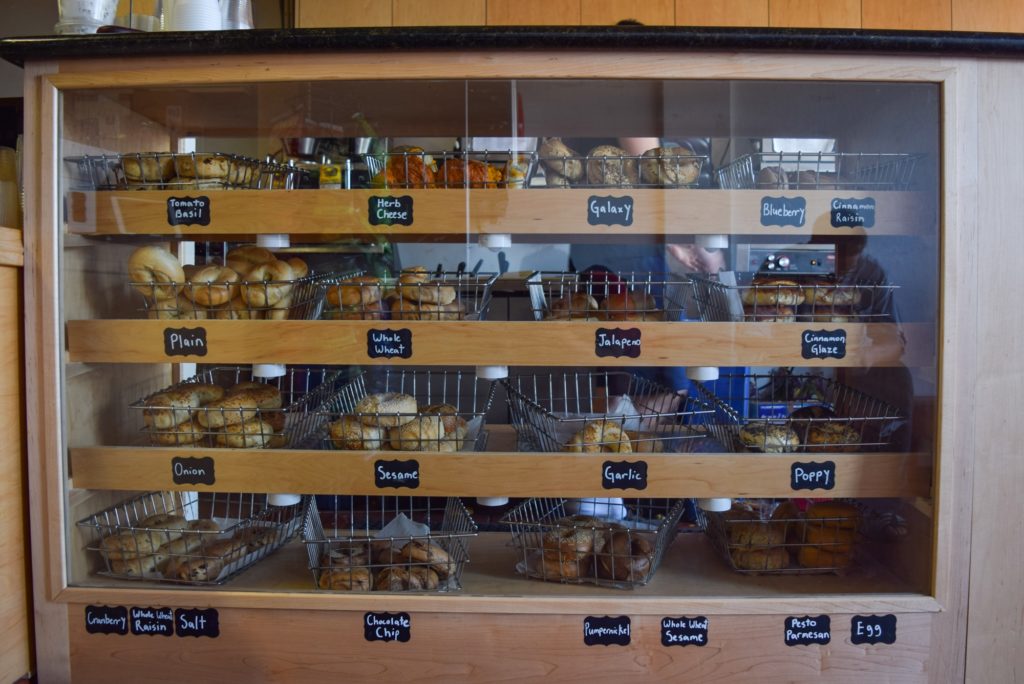 Inside the café as of late, you can find some old things and some new. There still is the charming list of oddly named bagel sandwiches and melts that you can order from, the vast selection of unique bagels and their made-in-house cream cheese spreads to customize your morning routine. Their bagels can be bought wholesale, and their cream cheese can be purchased in tubs as well. Bagel Café also offers a full espresso service that includes Santa Barbara Roasting Company brew, Stumptown nitrogen cold brew coffee and a variety of lattes and other drinks. The front of the store was recently remodeled to ease the flow of traffic in and out of the bustling café. There is also a kegerator with cold brew coffee, both regular and Stumptown, that “tout about 2.5X the caffeine of regular coffee” for red-eye regulars. 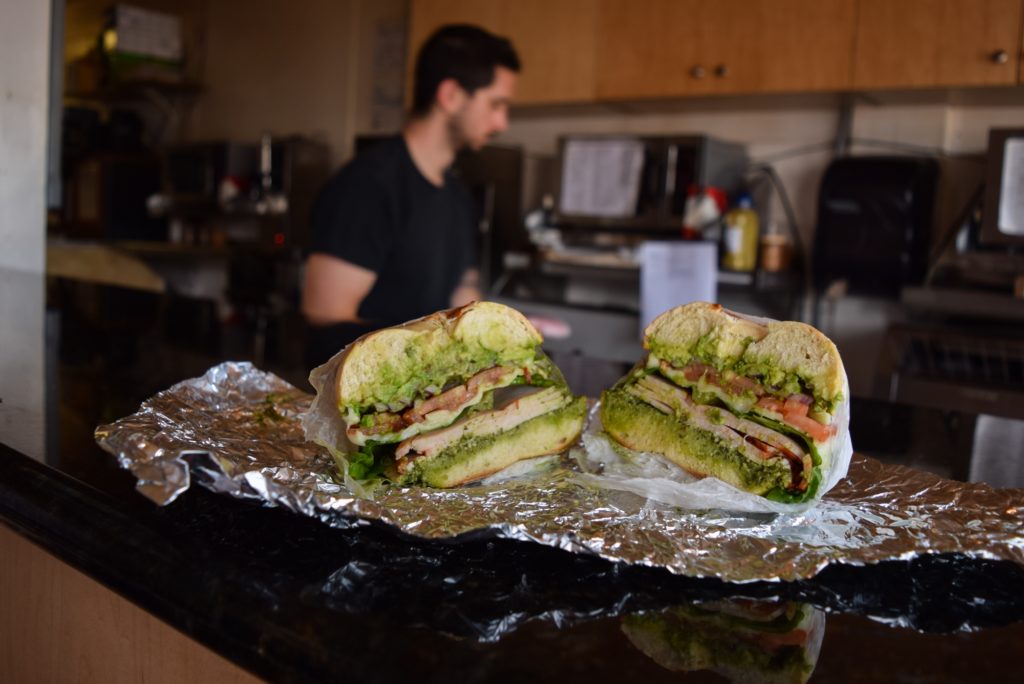 In honor of its 25 years in business, Bagel Café will have some special offers for their loyal customers. Next week, from Oct. 3 – 7, Bagel Café will offer 25 percent off to their visitors that regularly check in via the SpotOn App. For those not already enrolled in the rewards program, you can sign up and they will honor the discount. 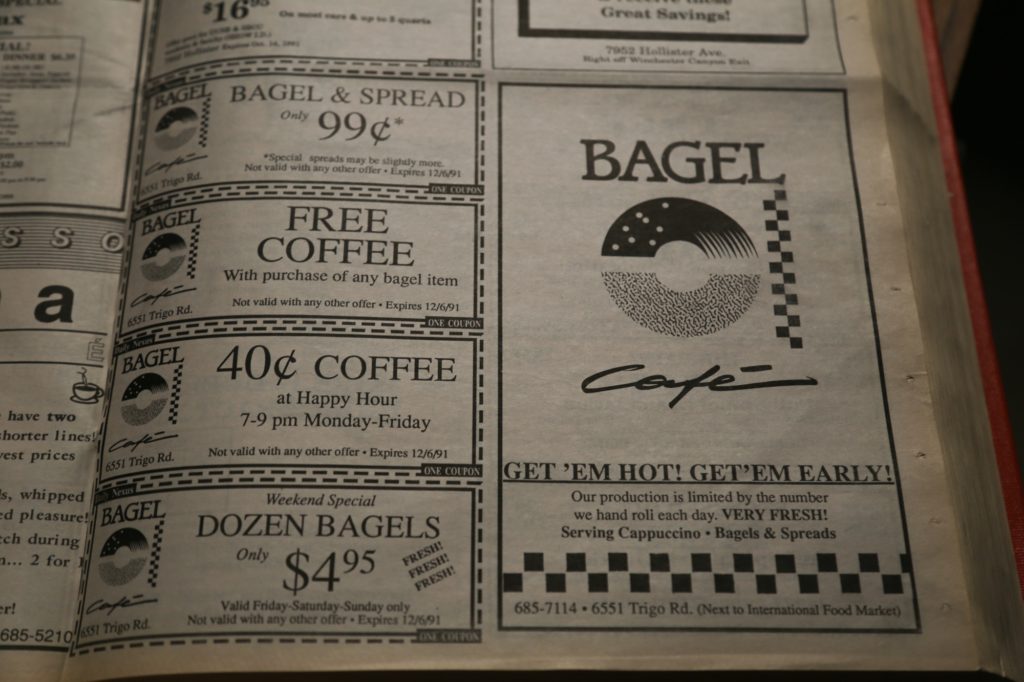 As another awesome event for their anniversary, they will select specific days to price certain items at the prices from 25 years ago. Just think, a bagel and spread for just $1.75, or an Eggle for $2.75! Keep your eyes peeled for those days! On top of all this, they will be hosting a Facebook competition to help determine the 25th anniversary sandwich. The winner of this competition gets a $100 gift card to Bagel Café and endless bragging rights.

Bagel Café is a staple of I.V.’s culture, becoming an all-too-familiar and welcoming corner where the early bird gets the bagel, and everyone just seems to become a little less stressed and a little happier. Come out this month and help Bagel Café celebrate 25 years of keeping Isla Vistans well-fed and truly satisfied.