The Daily Nexus
News
New Transfer Center Opens in the Library
September 29, 2016 at 12:36 am by Supriya Yelimeli 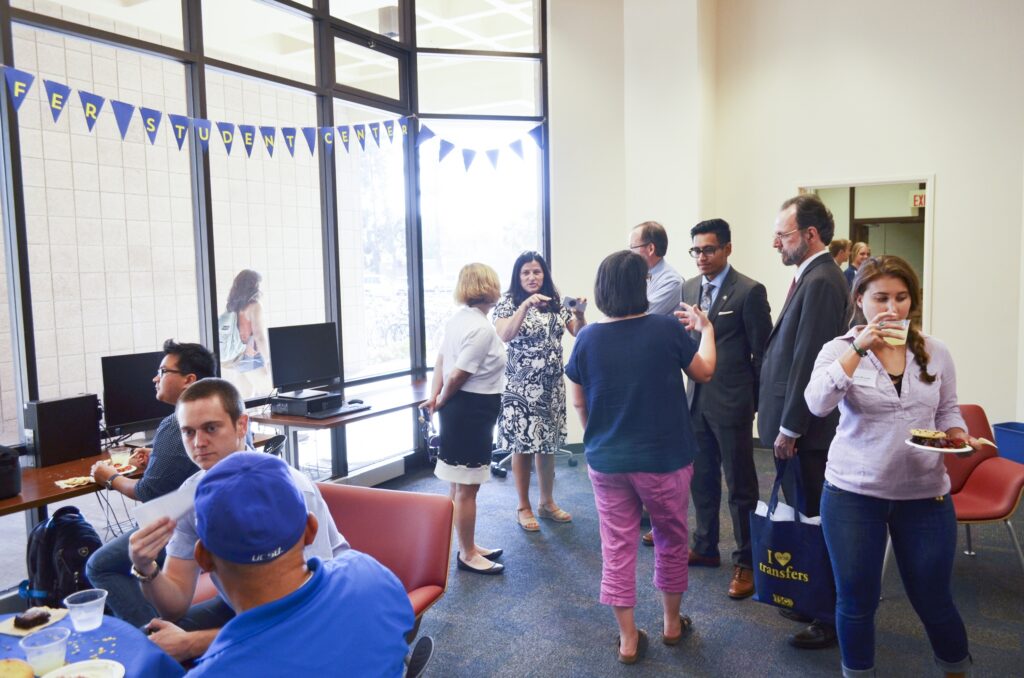 Chancellor Yang hosted the new Transfer Center’s grand opening on the first floor of the Library on Wednesday. Previously, the Transfer Center was comprised of one room in the Student Resource Building. Christopher Chen/Daily Nexus

UC Santa Barbara held a grand opening for the transfer student center in the UCSB Library on Wednesday, celebrating a work in progress since the library opened doors in January.

Located on the first floor of the library, the area expands on resources which previously only existed in one room at the Student Resource Center. After a soft opening in April, the location has been successful in drawing students.

Transfer students are also able to attend regular workshops at the center, geared toward establishing a relationship with undergraduate research.

UC Santa Barbara accepted 16,948 transfer students this year at an acceptance rate of 52 percent. Because of the Transfer Admission Guarantee (T.A.G.) for California community college students, 94 percent of the transfer class is comprised of in-state students.

The T.A.G. program ensures admission for all in-state community college students who meet an overall 3.2 GPA and additional unit requirements. Transfer students comprised 24 percent of the undergraduate population at UCSB as of 2015.

A version of this story appeared on p.3 of the Thursday, September 29, 2016 print edition of the Daily Nexus.