The Daily Nexus
Volleyball
Gauchos In Search Of First Conference Win
September 29, 2016 at 5:05 am by Liam Bailey

The UCSB women’s volleyball team has been swept in three of its last four matches. After last week’s loss to Hawaii, the Gauchos enter the weekend looking for their first conference win. 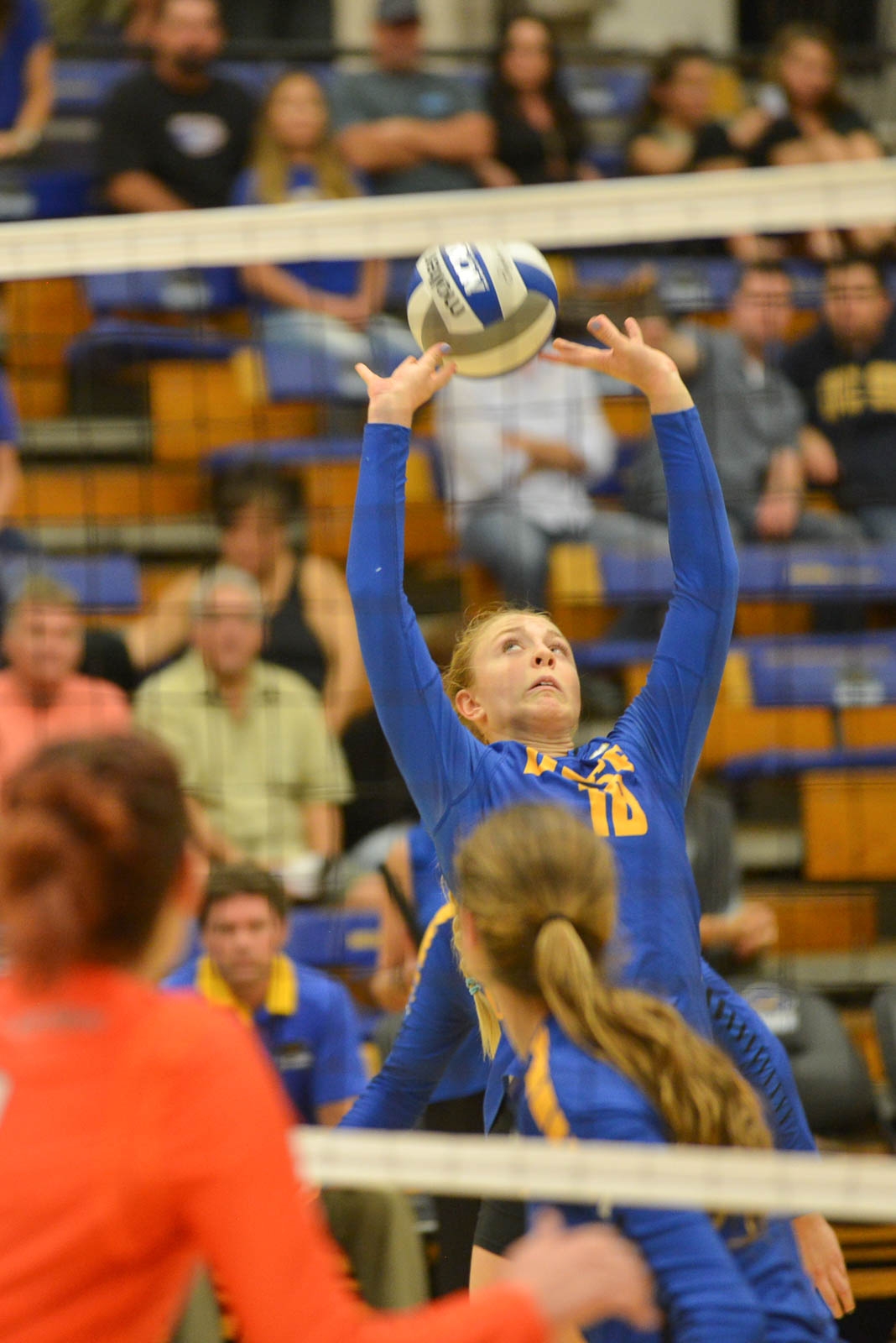 Their opponents, Cal State Northridge and Long Beach State, join the Rainbow Wahine as the only Big West teams with an undefeated record of two wins so far to start the conference schedule.

The Gauchos will travel to Northridge Friday evening to take on the Matadors, who have won three straight matches. CSUN will begin a three-game home stretch looking to improve on its stellar start in conference play.

The Matadors are led on defense by junior libero and defensive specialist Katie Sato who sits at fifth in the conference with 4.18 digs per set. Redshirt freshman middle blocker Melissa Eaglin leads Northridge with 0.88 blocks per set, and she will be looking to make things tough for the Gauchos over the net.

Offensively, sophomore outside hitter Aeryn Owens and senior outside hitter Julie Haake carry the load for CSUN as both average over three kills per set and are gradually approaching 200 points on the season. Owens has been vital through the first two in-conference games with 4.6 kills per set, a mark that ranks her third overall in the conference standings.

Junior setter Lauren Conati keeps the gears churning for the Matadors, pacing the team as its leader in assists — at a staggering total of 500 — and service aces at 17.

On Saturday, UCSB will head to Long Beach State for the weekend’s second match. The 49ers will try to maintain their undefeated conference season, a possibility that begins with senior outside hitter Nele Barber.

Barber has put forth a team-leading 3.80 kills per set, ranking fourth in the conference. In addition, she leads Long Beach with 3.25 digs per set, adding a solid defensive punch to her well-rounded game.

First-year middle blocker YiZhi Xue holds down the center for the 49ers, and her 1.07 blocks per set are good for third in the conference. Furthermore, she leads her team with a .291 hitting percentage, continuing Long Beach’s trend of producing players who find success on both the offensive and defensive ends.

A multitude of the 49ers’ kills are set up by redshirt sophomore setter Missy Owens who ranks third in the Big West thus far with 10.34 assists per set and is one of only three players in the Big West to average double digits in the category.

The Gauchos weren’t able to get much going against the Rainbow Wahine last weekend, but the team is comfortable moving forward. This time around, the Gauchos will be keenly focused on capitalizing on their opportunities and regaining a positive record.