The Daily Nexus
News
Library Funding Aims at Tech Advances
September 22, 2016 at 7:39 am by Gerardo Banuelos 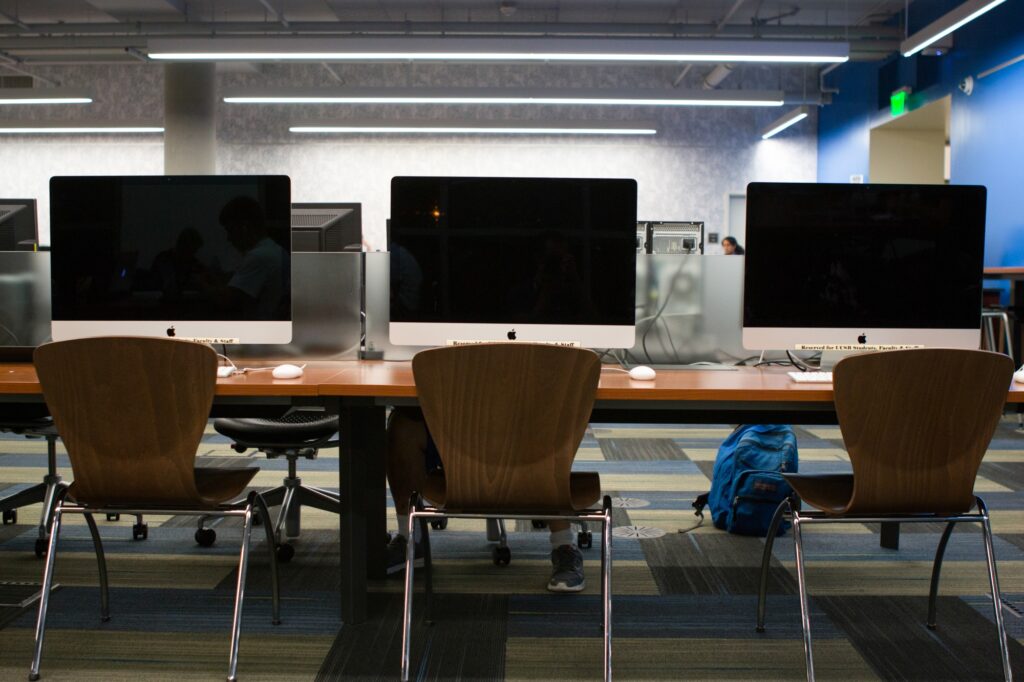 The Mac computers in the library’s Learning Commons are the only Macs on campus currently available for general student use. Stephen Manga / Daily Nexus

This summer, the library hired the first-ever humanities data curator in the UC system, bringing on Thomas Padilla to connect researchers with the most applicable information available to them throughout UCSB library.

Padilla works with humanities departments, which can vary in data usage from traditional S.T.E.M. fields. Additionally, Padilla will be able to create tools that make it easier for researchers to organize information that is already available to them, such as email correspondence and documents in inaccessible formats.

New Mac computers also made their debut in the Learning Commons earlier this summer, which are now the only Mac computers available on campus for general student use.

The installation of the six iMacs and three MacPros comes as part of the technology plan that came with the expansion of Davidson Library.

“We feel that the Mac operating system is the best fit to accommodate for increasingly interdisciplinary coursework,” Rebecca Metzger, the library outreach coordinator, said. “It’s not unusual for a biology student to need a film editing program for a final class project, for instance.”

According to Metzger, funding for the computers came from the library’s budget, mostly made up of state money and private donations. The library also plans to use $30,000 to $40,000 from the Class of 2016 senior class gift to install additional technology.

One of the biggest plans for the upcoming school year is to address the compact space issue inside the library. Over 250,000 people visit the library every month, and this is expected to increase with one of the largest incoming freshman classes in history starting UCSB in fall 2016.

This year, library staff will focus on adding furniture and expanding late-night study to other parts of the building. The second floor Mountainside will become available Fall Quarter for late-night hours.

Metzger said she is currently working with UCSB’s Health & Wellness Center to obtain two egg chairs for the library that will help promote relaxation during the demanding academic year.

According to Metzger, improving the learning commons is an evolving process, and the library staff is always looking for student suggestions regarding technology needs and furniture needs. Suggestions can be submitted at the wooden boxes on the services desks or by emailing outreach@library.ucsb.edu.

A version of this story appeared on p.1 of the Thursday, September 22, 2016, print edition of the Daily Nexus.