In just three stressful days, an invention that could save lives can be made. That is what UCSB alumnus Mike Senese was tasked to do as he participated in a new technological competition called Invent-Off. Senese served as the captain of the team that invented a device which acts as a personal blackbox to detect traumatic events, such as bicycle accidents, and call for help. 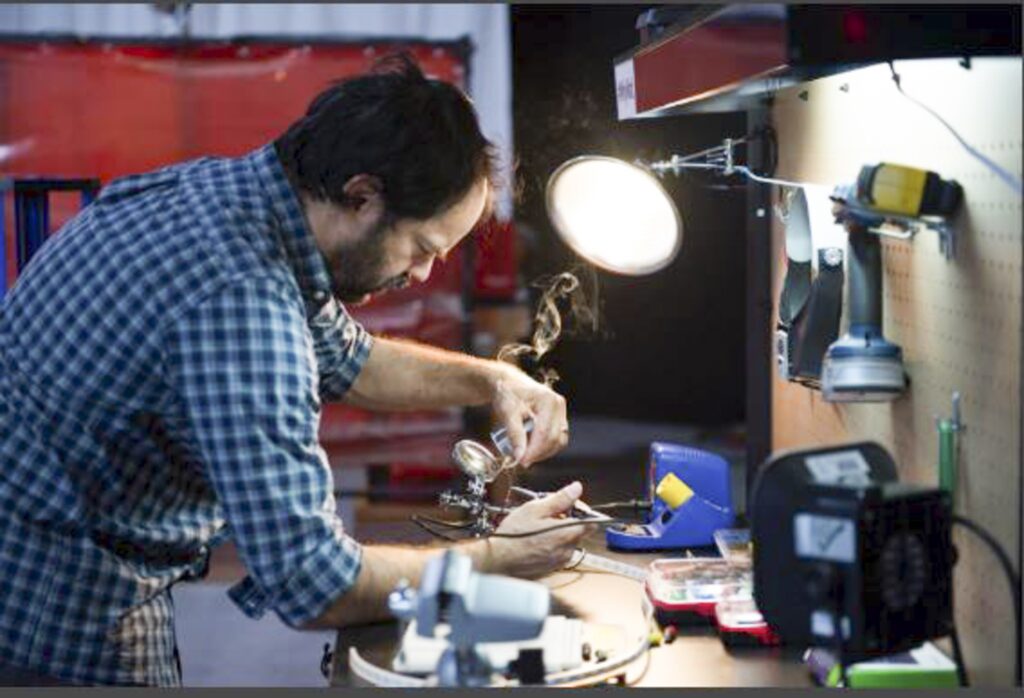 Always having had a passion for inventing, Senese attended UCSB with the intention of majoring in computer science. However, Senese switched majors looking for flexibility, but his passion for building never faded. Courtesy of qualcomm.com

Invent-Off is a competition put on by Qualcomm, the semiconductor and telecommunications equipment company. This five-part web series gives two teams three days to create a new technology that can help save a life. The series explores the process of invention, with a focus on how exciting and hectic it is to build something from scratch and push boundaries on what can be accomplished in three days. Additionally, a $25,000 prize is given to the team that wins.

Originally, Senese began attending UCSB in 1993, but transferred to UCLA in 1994, where he got his Bachelor of Arts in Spanish. Afterwards, he was employed to work on a research project with graduate students.

After making an appearance on TV, the Invent-Off was introduced to Senese through the contacts and connections he made with people.

“[The Invent-Off] sounded great, and I had a conversation with the producers and, luckily, it worked out,” Senese said.

Senese was on team orange, and on the first day of the competition, they decided to invent a personal black box beacon that can detect traumatic events, record essential data and contact a help network.

“The very first thing we did on the first day was look at all the supplies given to us and said, ‘Let’s just build something that uses everything,’ but we quickly realized that we were building something that didn’t have a specific purpose,” Senese said.

According to Senese, inventions work best when they are able to solve a specific problem. Realizing they needed an idea or problem first, Senese and his team members had a conversation about the types of problems they wanted their invention to solve. What they came up with was how accidents can unfortunately lead to death.

“One of the biggest causes of death is accidents. Just accidents in general; it doesn’t have to be a bike or car accident,” Senese said.

While conversing with his team, Senese learned that one of his teammates, Trey, was a powered paraglider who had been involved in an accident.

Powered paragliding, also known as paramotoring, is a form of ultralight aviation in which the pilot wears a motor on his or her back which provides enough thrust to take off using an adapted paraglider or wing.

“[Trey] was flying over a forested section in Oklahoma when his motor went out. He was a thousand feet in the air and ended up crashing into some trees, but was able to navigate close to a road and avoid any power lines. He got really lucky,” Senese said.

Fortunately, his teammate survived, but if someone else had hit their head, no one would know and no one would be able to find that person. According to Senese, that is when the lightbulb lit up and he decided he wanted to figure out a way of detecting traumatic accidents, especially in which potential users could be unconscious.

“[The Black Box Beacon] would transmit the accident data, like how forceful was the impact and what direction they were hit, but it would also show the user’s location. We thought we had a really useful tool in our hands,” Senese said.

As a proof-of-concept, the team created the “Save Me System.” Their connected-device prototype mounts to a bicycle and uses multiple forms of communication such as cellular, bluetooth and satellite to transmit the fallen cyclist’s status to 911 or other specified contacts, such as friends or family.

A sensor on the helmet detects the severity and direction of impact, crucial information for proper medical attention. Additionally, bright lights and a loud siren act as an alert to anyone nearby. The device also houses advanced health sensors that first responders can utilize to gather vital data about the crash and the cyclist’s current state. 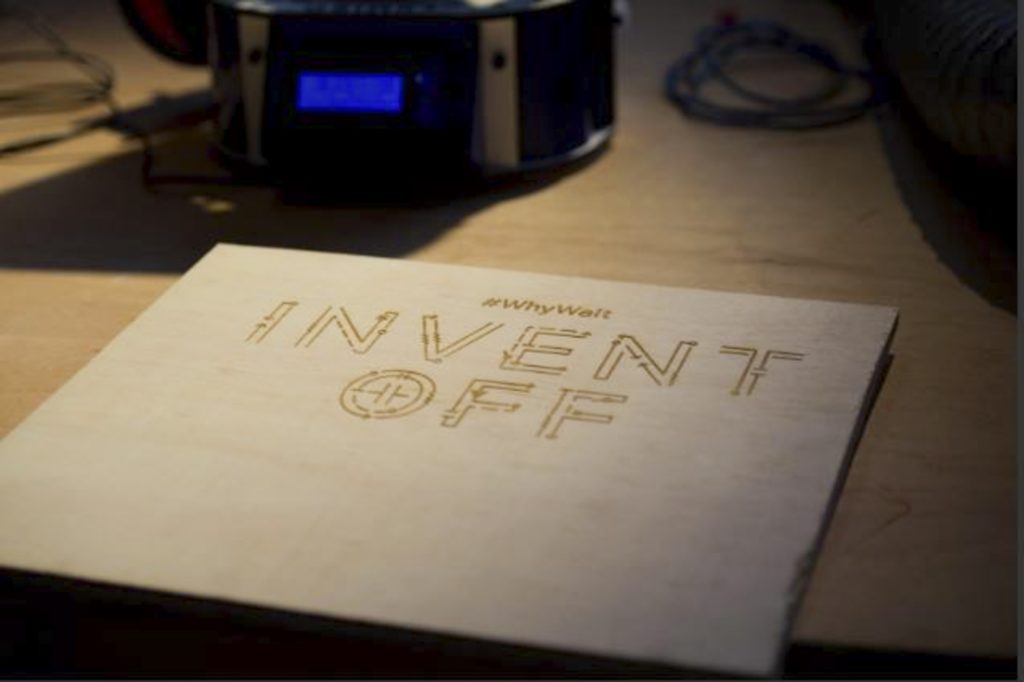 While having only three days to brainstorm and build a prototype, one of the other stressors in the competition was the fact that both teams had to present their device to a panel of judges and, according to Senese, no one on his team, including himself, had ever done that.

“We had to figure out what would be the right way to present our invention. It had to be something they would understand and hopefully get excited about, too,” Senese said.

Unfortunately, the judges picked the other team’s invention, which was a snake bite response system; however, Senese and his teammates have expressed interest in continuing work on and improving their invention.

“I hadn’t worked with Trey or Claire before, but I was really excited about the energy the three of us had together. I think we have a concept for an idea the world needs because it will save lives, and the technology is there, which is great.”