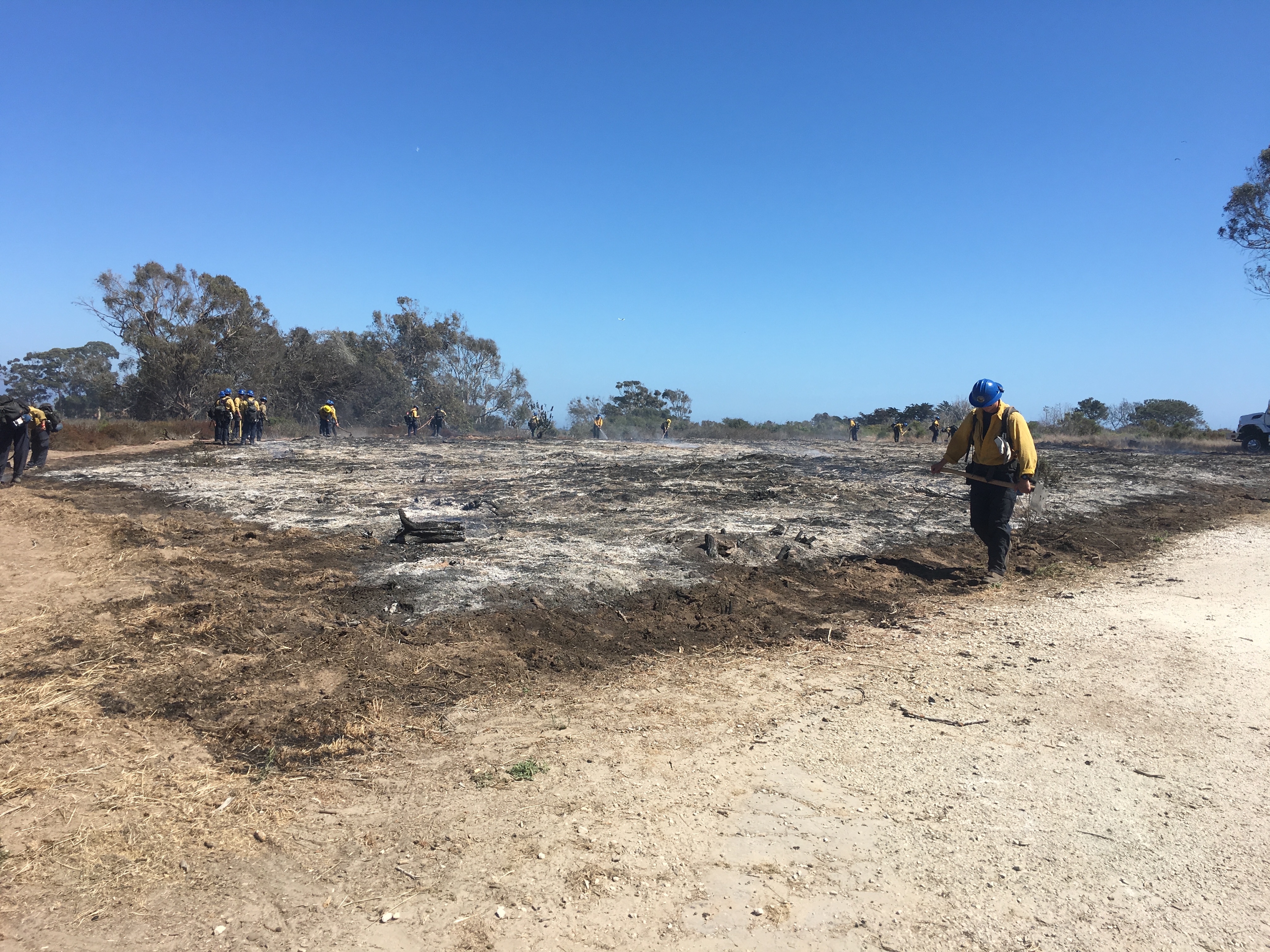 Gallons of fuel were sprayed throughout Campus Point and set ablaze on Wednesday in an attempt to exterminate an invasive species harming the wildlife ecosystem at UC Santa Barbara.

UCSB requested that the fire department oversee a controlled burn earlier this year, according to Bryan Fernandez, a Santa Barbara County firefighter who was onsite Wednesday. Their intent was not to prevent potential wildfires, but rather to eliminate the harmful species Ripgut brome, a non-native weed that grows in several campus areas.

The weed creates a “monoculture” in the natural habitat and decreases biodiversity, according to Lisa Stratton, director of ecosystem management for the Cheadle Center for Biodiversity and Ecological Restoration (CCBER).

“The texture of Ripgut brome is so rough that, when eaten by wildlife, it actually begins to cut the inside of their mouth and throat as they chew it,” she said.

Fuel was used on the burn site to completely eliminate the weed and its seed beds, Stratton said, and the site will be left alone until the end of the year when CCBER field workers will return to plant various California native flowers, grass and foliage.

The fire department enlisted the help of the Air Pollution Control District to ensure that the fire did not evade the controlled burn site, Fernandez said. The team then cut down all vegetation most affected by the weed, piled the excess in the middle of the burning zone and set it on fire.

“We were able to time the wind travel perfectly so that when we set the site on fire, none of the smoke and air pollution didn’t blow onto campus or Isla Vista,” Fernandez said.

The Associated Students Coastal Fund contributed $6,727.86 to the planting and repopulation of the burn site, and Stratton said their assistance will allow students in the Ecology, Evolution and Marine Biology (EEMB) Department to get “hands-on” experience as they aid in regrowth of the burn site.

Wednesday is the last controlled burn project at UCSB for the next two years, and CCBER will now focus on replenishing and enhancing the biodiversity of Campus Point.