Several University of California students drove over 1,000 miles this week to spend the last days of summer break in North Dakota — but their road trip had little to do with vacation.

The students are joining thousands of activists, politicians and Native American tribes at the Standing Rock Reservation in North Dakota to protest the construction of the Dakota Access Pipeline (DAPL), a $3.4 billion project which federal regulators approved in July.

The pipeline would stretch approximately 1,172 miles from North Dakota to Illinois to carry half a million barrels of oil across the country, but the Standing Rock Sioux tribe and others are concerned that it will harm tribal artifacts and water supplies from the Missouri River.

“The court battle is over but the next fight has already begun.” — Theo LeQuesne

Tuesday is the national day of action in the #NoDAPL movement, and students in Standing Rock are emphatically protesting alongside 280 Native American tribes — what many are calling the largest tribal gathering in at least a century. 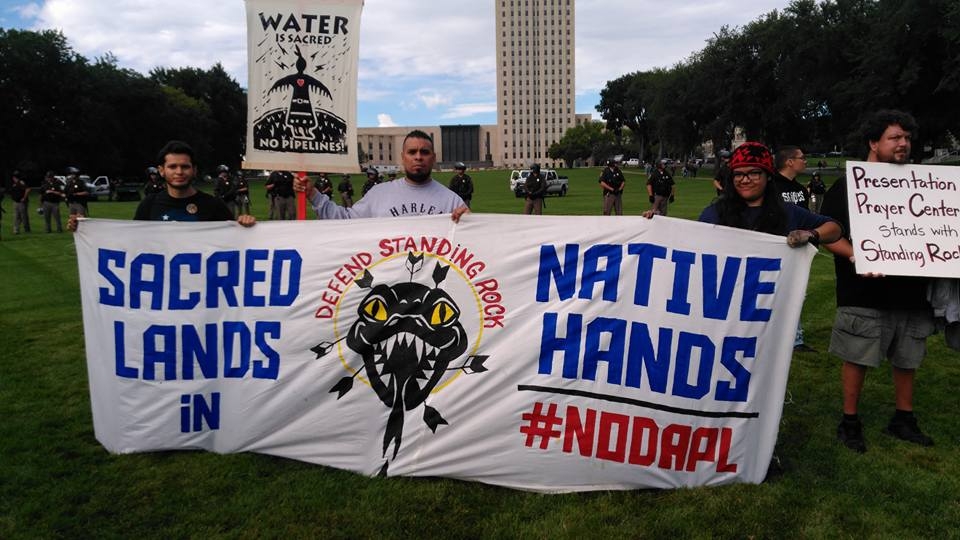 Protesters gather in Standing Rock to demand an end to construction of the Dakota Access Pipeline. Courtesy Francisco Ferreyra

On Sept. 9, the White House issued a temporary halt to construction at the pipeline and asked for a “voluntary pause” of work by Energy Transfer Partners, the firm overseeing construction.

Three students from Fossil Free UCSB arrived at the Sioux Sacred Stone Camp on Sept. 9 and shared a Facebook post regarding their progress. Theo LeQuesne, a graduate student, said in the post that he felt “rejuvenated, welcomed and ready to get to work” although the National Guard had begun putting up roadblocks leading into the area.

“The court battle is over but the next fight has already begun,” he said in the post. “The indigenous tribes are determined to stay here for the long haul and to win this struggle with non-violence. The people power on display is breathtaking.”

Also at Standing Rock are Marjan Abubo, who will be transferring to UCLA this fall, and Emily Williams, a recent UCSB alumna. 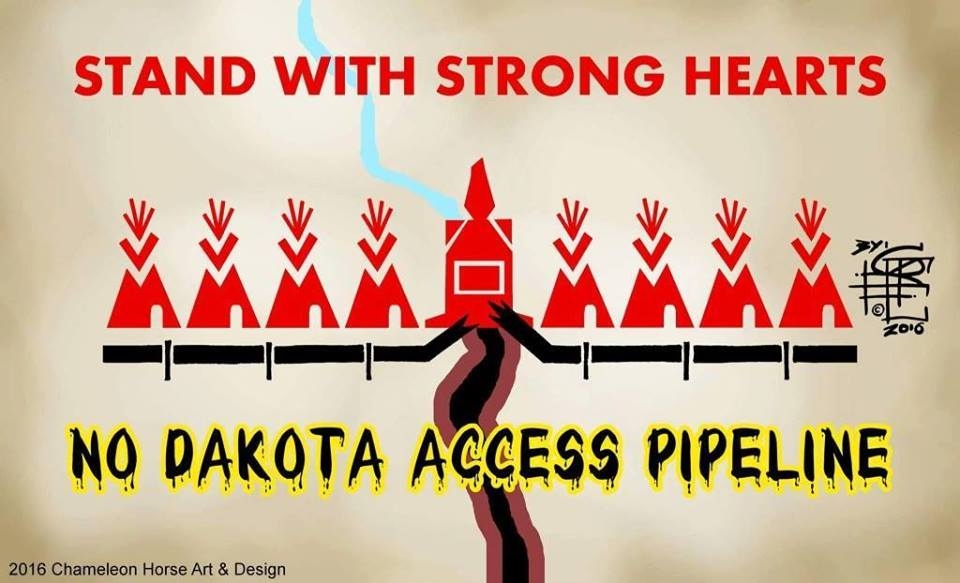 UCSB Multicultural Center, UCSB Department of Chican@ Studies and UCSB Students for Justice in Palestine are among many university groups who have been garnering attention for the #NoDAPL movement on social media this week.

“The MultiCultural Center is in awe of the students who have traveled to North Dakota to stand in solidarity and defend against the construction of the Dakota Access Pipeline,” said Sepideah Mohsenian-Rahman, programmer of the MCC. “Their commitment is supported by the work and mission of the MCC, at the intersection of anti-oppressive activism, environmental justice and indigenous rights.”

Abubo, LeQuesne and Williams, have started a GoFundMe page to buy a tent for the Standing Rock Medic Center. They have raised $390 of their $600 goal so far, and the funds are intended to assist any activists who want to protest through the North Dakota winter.

Although Energy Transfer Partners and the federal government have not released a timeline for the pipeline’s progress in the following months, CBS reported Tuesday that the company intends to continue construction.

If the DAPL is successful, Energy Transfer Partners believes it could directly impact the local and national labor force by creating 8,000 to 12,000 construction jobs and up to 40 permanent operating jobs.

Update: A GoFundMe link has been added to this article.