The Daily Nexus
Nexustentialism
It's satire, stupid.
5 Takeaways From the Democratic National Convention
August 1, 2016 at 11:16 pm by Emily Anne Williams 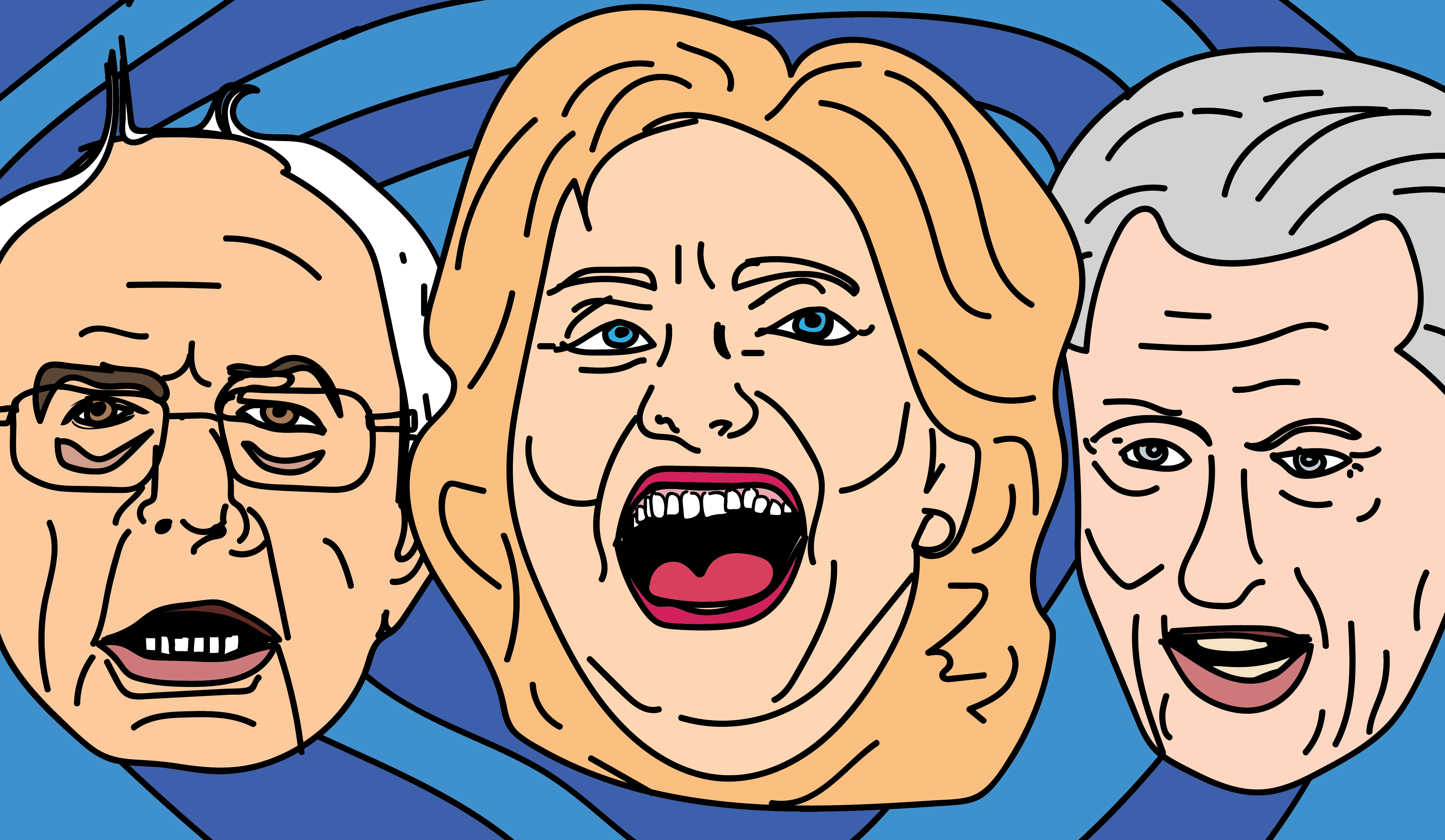 The nation’s focus was on Philadelphia last week as the Democratic Party held their convention to nominate Hillary Clinton as their official 2016 presidential candidate. Here’s 5 things you need to know:

Before the convention even started, DNC Chairwoman Debbie Wasserman Schultz was forced to announce her resignation due to an email leak revealing that she and several others conspired against Bernie Sanders. Almost immediately after, Hillary Clinton released a statement saying she would be hiring Schultz as an honorary chair for her campaign.

2. Sanders’ fans lost their minds, and the DNC didn’t want you to know about it.

Between the party’s shady ethics and the general disdain for Clinton, Bernie voters didn’t have much to look forward to at the convention. They took it as an opportunity to protest against the system that they felt robbed them of their voice. Besides endless chanting (including during the opening prayer), protesters also burst through the fence surrounding the convention and staged a walkout during Hillary’s big nomination speech. The DNC went to great lengths to drown them out by reportedly adding white noise makers to the venue, hiring actors to replace delegates and beefing up security.

In a desperate attempt to humanize the former secretary of state, Bill gave a lengthy description of his and Hillary’s life together. He started with when they met in 1979 and ended in present day, all while coincidentally skipping their more controversial years. Although the former president is known for his enchanting demeanor, even his more adamant supporters found the speech a bit much.

4. There were stars, but not many stripes.

The DNC speakers list included Elizabeth Banks, Sarah Silverman, America Ferrera and Kareem Abdul-Jabbar — just to name a few. However, many viewers noticed that there were no American flags on the convention stage on day one (they were briefly brought in for the Pledge of Allegiance and the National Anthem but were carried out after). The Democratic Party rectified this by adding flags to the stage on the second day, as well as handing out flags to audience members on the final day.

5. History was a constant theme that was constantly ignored.

In the world of politics, it’s common for speakers to repeat the same lines over and over again and, unfortunately, it’s common for them to lie. One specific lie that was a major factor of Hillary’s campaign was that she’s the first woman to be nominated for president. The truth is, many women have been nominated for both president and vice president, and chances are many will become candidates in the future as well.

Bonus Round: The Clintons (especially Bill) are super into balloons.

Evidence can be found here, here and here.

Emily Anne Williams is a linguistics major who is always either talking about her country’s lawlessness or her own flawlessness.