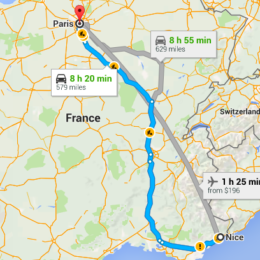 Paris is located 605 miles from Nice. Photo via Google Maps 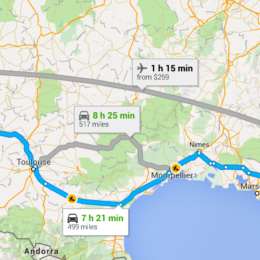 Bordeaux is located 498 miles from Nice. Photo via Google Maps 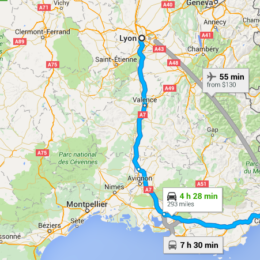 Lyon is located 293 miles from Nice. Photo via Google Maps

All UC Santa Barbara students in France are confirmed to be safe after a man used a truck to kill 84 people in Nice, France on Thursday.

The University of California’s study abroad programs in France are currently located in Lyon, Bordeaux and Paris, which are all 200 to 500 miles away from Nice.

At approximately 10:45 p.m. Thursday, a man drove a truck for a little over one mile through the beachside Promenade de Anglais in Nice, killing 84 people and injuring 202 who had gathered to celebrate Bastille Day, the New York Times reported Friday.

No UCSB students were known to be in the city on the day of the attack, and fewer than 10 UCSB students are currently in France, according to Juan Campo, faculty director for the UCSB Education Abroad Program.

The man who carried out the attack, later identified as Tunisian truck driver Mohamed Lahouaiej-Bouhlel, 31, was shot to death by police officers at the end of his rampage.

“Now we are keeping an eye on Turkey,” Campo said in an email. UCSB has suspended all programs in Turkey for summer and fall 2016 after terrorist attacks most recently struck Istanbul’s airport on June 28, but there may be some students there studying independently, Campo said.

UCSB students were in Paris, France on Nov. 13 when a bomber set off an explosive outside the Stade de France during a soccer game. Although some students were near the scene of the attack, all students were confirmed safe.