At just 5 feet 11 inches and barely over 165 pounds, major league pitcher Tim Lincecum does not appear to be an imposing figure on the baseball mound. But with a fastball that consistently clocked in around the high 90s and a freakish breaking ball that made even the best professional hitters look like minor league washouts, Tim Lincecum was the best pitcher in baseball during a six-year run that saw him earn three world series championships, two Cy Young awards, two no-hitters, three strikeout titles and four All-Star appearances with the San Francisco Giants.

The slightly built Lincecum, who grew up playing baseball in the neighborhood parks of Bellevue, Washington, was the centerpiece of a dominating Giants pitching staff from 2008-2014.

His quirky delivery that produced a 98 mph fastball combined with pinpoint control and an uncanny ability to change speeds and locations, gained him a reputation as the best pitcher in baseball and ultimately garnered the nickname “The Freak.” 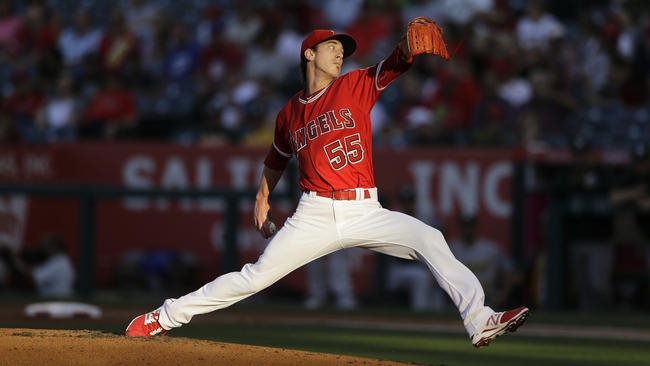 As dominating as The Freak was during his six-year reign, the last year of his career was anything but. He struggled with his control in 2015, and his once vaunted high 90s fastball had lost its punch.

He was giving up runs in bunches, and the losses began to pile up as a result. He eventually lost his job in the starting rotation and questions swirled about whether he had reached the end of his career.

Lincecum soon found himself out of professional baseball after not resigning with the Giants at the end of the 2015 season.

In the offseason, doctors discovered a problem with the former two-time Cy Young winner’s hip. After a successful procedure, baseball writers quickly started presuming maybe the hip was the problem all along. Hopes began to rise that maybe Lincecum could dominate the big leagues once again.

While recovering, Lincecum only thought about his comeback. He spent countless hours rehabbing his injury, attacking his regimen with the fearlessness that marked his professional baseball career.

He worked hard, trying to find The Freak within his game yet again and fighting to bring himself to the level at which he expected himself to be. Slowly, he was able to take the mound once again. The velocity on his fastball improved, his control became more consistent and he soon began looking like a major league pitcher once again.

In May of this year, he held a showcase for all major league teams, asking only that they give him a chance to prove his talents yet again. The Los Angeles Angels of Anaheim liked what they saw and took a chance, signing him to a one-year contract later that month.

On June 18, Tim Lincecum completed his comeback and took the mound in Oakland against the Athletics. All the previous years’ hard rehabilitation process had led to this moment, and the Washington native did not disappoint.

In a six-inning effort, Lincecum picked up his first major league win since June 27 of 2015 after allowing only four hits and one earned run while striking out two batters. The six innings were the most he had pitched in a single outing since June 5 of last year as well.

His hip showed no signs of lasting damage and he attacked major league hitters in a manner reminiscent of his glory days with the Giants. In his first major league game since being cut by the Giants, Lincecum proved he is well on his way to becoming a quality major league pitcher again.

It looks like The Freak is here to stay.