Summer is upon us, and that means that blockbuster season is about to come in full swing. As your resident movie expert (read: the only Artsweek writer who doesn’t care about music), here are a few movies that’ll be showing at theaters near you that I recommend. As such, all rom-coms have been thoroughly ignored, and some choices reflect more of a sense of morbid curiosity than anything else. 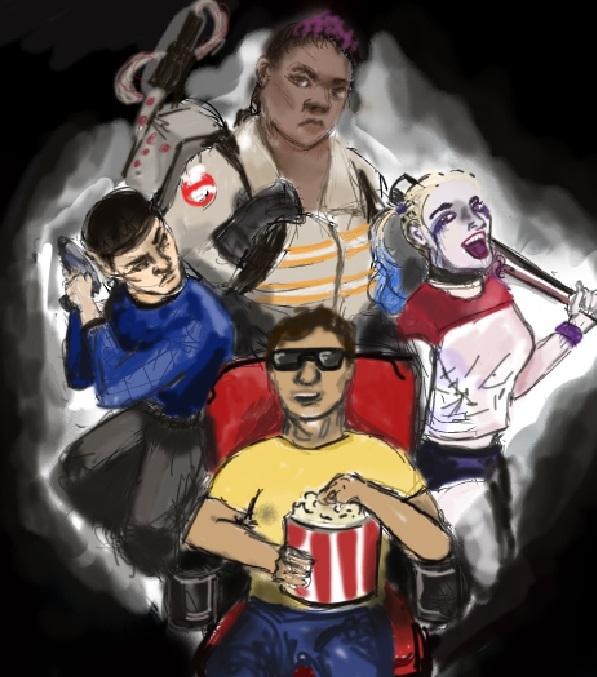 Pft, like I really need to recommend this to you.

“Finding Dory” is, of course, the sequel to “Finding Nemo,” the Disney-Pixar film responsible for the near-genocide of the clownfish, thanks to all the toddlers who decided they needed one as a pet. Dory, the amnesiac regal blue tang voiced by Ellen DeGeneres (aka mediocre Oscar host number 39) suddenly recalls her childhood memories. Knowing she has to head to California, she sets her sights for Morro Bay and goes on a journey, with Nemo and his father, Marlin, following right behind. With almost the entire cast and crew of the original back for a second outing, it looks likely that Pixar will craft another great sequel. (Cars 2? Didn’t happen).

Whether it be New York, the planet itself or the Godzilla franchise, Roland Emmerich is the king of fucking shit up. And now, his first sequel is invading cinemas.

Taking place after the original big-budget B-movie, “Resurgence” sees humanity, armed with enhanced alien weaponry hacked from the last one, going on the defense once again as they return to destroy our famous landmarks. But with the help of Will Smi…wait, what? He’s not in this one? Then who did they get? Liam Hemsworth? Oh. Eh.

In all seriousness, expect to turn off your brain when this comes around. You like seeing shit blowing up? Surprise, you’re gonna see shit blow up.

Good luck seeing this, unless the lens flares of the last two have blinded you already.

After the Enterprise gets its ass handed to it for the umpteenth time, Captain Kirk and co. are forced to evacuate to an unfamiliar planet where a big, bad alien played by the golden-voiced Idris Elba appears to give them grief. As to be expected in a Trek film, there are badass aliens, a lotta lasers shooting all over the place and some banter thrown in for good measure.

With Justin Lin in the director’s chair instead of J.J. Abrams, it remains to be seen if he can keep up the storytelling energy of the last two. At the very least, Lin can drink the tears of all the Trekkies clamoring for less action and more politics. Sorry guys; it ain’t happening.

Are you feeling the ‘Berg? Yeah, that’s all I got.

The newest entry in Steven Spielberg’s long filmography, “BFG” is an adaptation of the classic children’s novel written by Road Dahl, author of Charlie and the Chocolate Factory. The film involves a little girl named Sophie encountering a gigantic man (Mark Rylance) whom she calls BFG, or Big Friendly Giant.

After “Bridge of Spies,” it should be fun to see Spielberg regress back into more sentimental fare. And having never read the book, I am personally looking forward to watching this adaptation. Plus, hearing another John Williams score never hurts.

If anything, this movie will either be the Lazarus pit or the crowbar to the head for the DC movie universe. Props if you get the references.

Bringing together a huge ensemble cast, “Suicide Squad” follows a squad of super-baddies who have been recruited by government agent Amanda Waller (Viola Davis). Their mission: Go kill other bad guys.

The biggest draw of this film is, of course, finally getting to see the likes of Harley Quinn, Deadshot, Waller, etc. on the big screen, as well as Jared Leto’s take on the Joker. Thus far, the film’s marketing has been killer, showcasing the quirky charms of the squad, using some pretty fun music and keeping plot details under some impressively taut wraps.

Well, this isn’t exactly high-octane popcorn fare or the like, but it ought to be fascinating.

Now that I have turned you off the film, let’s get down to the details. If the title didn’t tip you off already, “Snowden” is an account of the life of Edward Snowden (Joseph Gordon-Levitt). After getting a job at the NSA, he realizes the extent of its surveillance powers, and decides to take action.

Even though all of us AP Gov. survivors know how this ends, the experience should hopefully be worth it; director Oliver Stone is most famous for his political thrillers, and Gordon-Levitt has Snowden’s appearance and voice down to a tee.

I started off writing about “The Magnificent Seven,” a remake of a remake. Then I saw three seconds of footage from this movie and changed my mind.

Essentially X-Men with a healthy dose of Tim Burton, “Miss Peregrine’s” is about Jacob, a boy who arrives at an orphanage run by the titular Miss Peregrine (played by ex-Bond girl Eva Green). At this orphanage, every child has a particular, peculiar trait, like a little girl with a mouth lined with razor-sharp teeth in the back of her head.

Burton is the master of the weird, although his adaptations have been wavering in quality in recent years. Will this redeem him for “Alice in Wonderland?” Perhaps if we say the title three times, it will make it so.