Witnessing King James bring a title to the desperate land of Cleveland, Ohio Sunday night was one of the most humanizing and humbling experiences one could hope to see in their lifetime.

It was not just that LeBron brought a championship to a place where they were in the midst of a 52-year drought, it was also in seeing the 31-year-old athlete fall to tears after following through on what he had always promised he would bring to his hometown.

Seeing the now three-time champion cry and bare his full emotion due to the magnitude of the moment was something truly special to see.

However, there are also those who were rooting against LeBron, as many have throughout his illustrious 12-year-career, and instead opted to go for the man they felt was the NBA’s new best player: Steph Curry. Unfortunately, I fell into this latter category.

I don’t hate LeBron James, I never did and I never will. I appreciate his brand of basketball and all the hardships he has faced to get to where he is. I was not fond of his move to Miami, but other than that, the King has proven himself to be a very admirable person on and off the court. 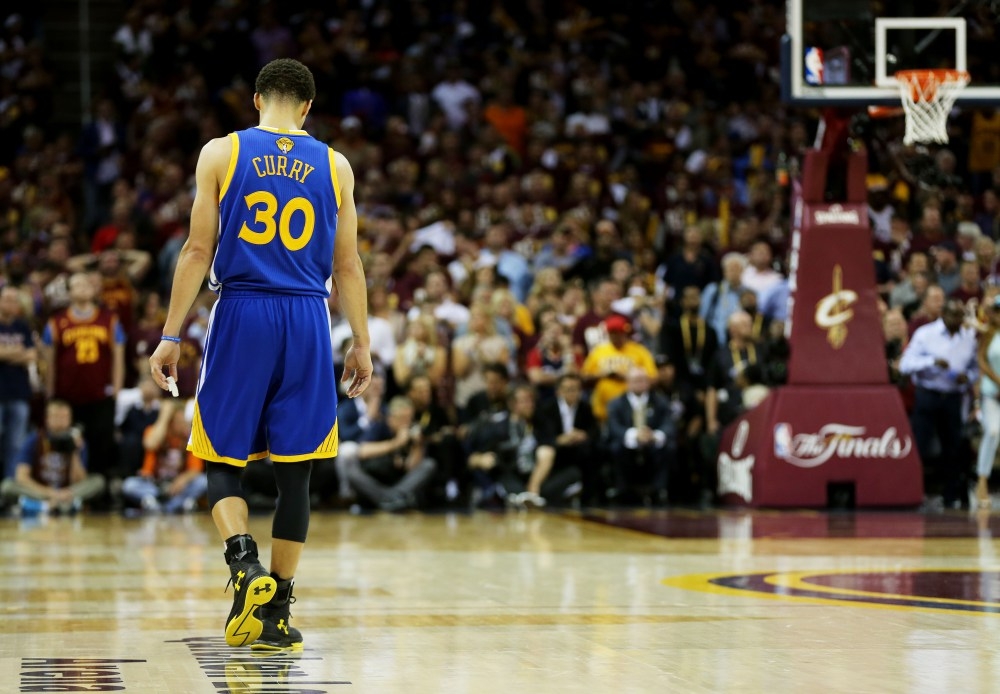 After averaging 30.1 ppg in the regular season, Curry only managed 22.6 ppg in the Finals. Mike Ehrmann / Getty Images

Sure he couldn’t rebound or even pass like LeBron, but Steph’s brand of basketball is so much more special than that; it was something the league had never seen.

Before this season, no player in NBA history made 300 three-pointers in a single season; Steph made 402.

Curry averaged 30.1points per game, the best in the league this season. A huge part of that is the deadly three ball he possesses. No player or team, for that matter, was able to drain the three ball as consistent as the two-time MVP.

He isn’t LeBron, he will never be LeBron, but he was revolutionizing the game before our very eyes — something not even King James could ever do. He was so good that there were talks that a four-point line should be added.

Not to mention, Curry is clutch — or at least was before this NBA Finals — and has made big shots during his career, I mean, who could forget the shot that broke Oklahoma City’s heart.

But then, Curry went on to break the hearts of all Golden State fans in the game’s biggest stage: the NBA Finals.

Curry was a disappointment in the Finals, to say the least. If you take out game four where he dropped 38, the NBA’s first unanimous MVP averaged 20 points per game, 10 points below his regular season average.

Not to mention he had four turnovers, including a boneheaded, unnecessary behind the back pass that went out of bounds.

I also was a big believer that even though LeBron was a way better defender than Curry, the fact is the NBA and its rules are geared toward offense. The art of true defending in the NBA has gone down a significant amount, so I was not going to hold that against Steph.

And Steph’s offense has been so explosive, it can overshadow his, at times, lackluster defense. Plus, he did lead the league in steals (2.1) so at the very least he tries to run around and disrupt plays. 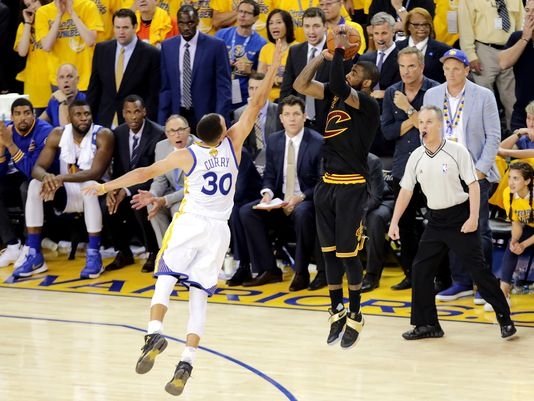 Kyrie Irving’s three over Steph Curry with 53 seconds left proved to be the shot that won the championship for the Cavs. Kelley L Cox / USA TODAY Sports

So at the end of game seven, it felt only fitting that the final bucket, scored by Kyrie Irving, came against Stephen Curry, who they had taken advantage of all series. His offensive game couldn’t make up for his defense and it cost him. Not just a game, it cost him a ring.

The truth is the MVP came up small on the biggest stage. I don’t want to imply Curry is overrated and has been lucky to this point.

Steph is still great, but he is not the best player in the NBA and he isn’t what we thought he was. Just like the seven-second Phoenix Suns, it feels like the Cavs, and now the rest of the league figured out how to defend and get the best of him.

And yes, it’s possible Curry still could’ve been hurt, but that is no excuse. It’s game seven, you either show up, or you don’t, and he didn’t. To his credit, Curry never once went to his injury as an excuse and even praised LeBron and the Cavs after their game seven victory at Oracle.

There is no doubt that Steph deserved his MVP trophy, 400 three’s speak for themselves. But now, there is also no doubt who the NBA’s best player is. For those who still continue to hate, and doubt the King, keep doing so, but it won’t change the fact he is the league’s most dominant player.