The Santa Barbara division of People for the Ethical Treatment of Animals is facing criticism due to its quick reversal on its stance surrounding popular Isla Vista hotspot Freebirds. Earlier this year, the group publicly endorsed the restaurant for its “pro-bird activism,” despite the fact that no member had set foot inside the establishment. 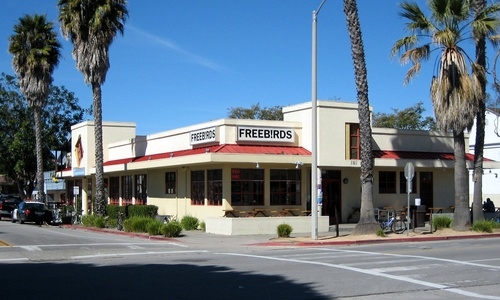 The animal rights group sent out a statement on Friday, May 27, clarifying its stance on the famous eatery. “After reevaluating Freebirds’ treatment and general attitude toward animals, the Santa Barbara branch of People for the Ethical Treatment of Animals has retracted its support. We are sorry for any confusion this may have caused.”

Group Spokeswoman Sandra Jane Willows expanded on the statement saying, “We were unaware of the true evil Freebirds took part in. If we had known they were serving the holy flesh of the superior race, we would have never endorsed them. On a separate note, PETA also firmly believes that nachos should never be priced so outrageously.”

Willows said that weekly protests are currently scheduled for every Wednesday at 5 p.m., indefinitely.

The organization’s rival group, ¡Viva la Carne!, took advantage of the mishap to build their own platform.

“We’re a community of bright individuals focused on protecting the rights of meat-serving restaurants, especially those of the Latin@ persuasion,” President and Co-founder Luis Hidalgo said. He added that their weekly meetings took place in the Hub every Thursday at 7 p.m. “If you’re sick of animal rights activism interfering with free enterprise and expensive nachos, please join us.”

Many UCSB students seemed unaffected by PETA’s mishap, but a few had comments regarding the clash between the two organizations.

“I think all organizations should be given the right to speak,” second-year vegan Mary Wagner stated. “Except ¡Viva la Carne!. I can’t stand them.”

Emily Anne Williams is a first-year linguistics major specializing in Spanish who eats meat without remorse, and you’re not going to change that.

I don’t care who you are, that’s just funny.