Next week, almost 5,000 students will graduate from UC Santa Barbara. 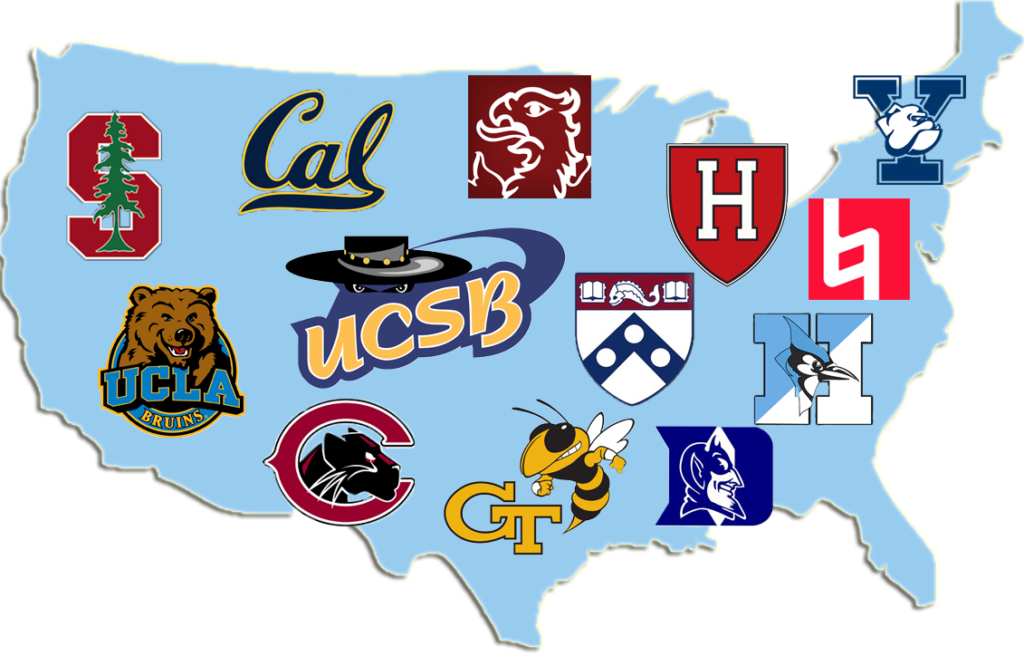 Students from the College of Creative Studies are headed around the country after graduating UC Santa Barbara. Supriya Yelimeli/Daily Nexus

As UC Santa Barbara’s graduating class prepares to walk the line next week, nearly 5,000 students are looking to the future for life after college.

The class of 2016 has borne witness to significant cultural and academic change at UCSB in the past four years. Current seniors entered college as Barack Obama began his second term as president and were a year later confronted with both the Deltopia riots and the May 23, 2014, shooting as most phased into their twenties.

The self-governance movement in Isla Vista took hold later that year, and students and faculty came together to improve life in the small college town. Now, another presidential election has taken young people by the reins, and graduating students are facing the future with contrasting college experiences.

The four-year graduation rate for UCSB students typically fluctuates around 68 percent, according to the UCSB Campus Profile, and 4,687 students are scheduled to attend commencement ceremonies on June 11 and 12, according to Cathy Pollock, assistant dean of the College of Letters and Science.

While the majority of graduating students are seniors, this number includes students from other class levels who will be graduating early, as well as students who graduated prior to Spring Quarter.

Although students from the College of Letters & Science are able to attend whichever commencement ceremony they choose, the largest group of students is scheduled to graduate with the social sciences division, numbering over 2,000 students. UCSB’s largest undergraduate departments are physical and biological sciences at 31 percent, followed by social and cultural studies at 14 percent.

The College of Creative Studies (CCS), UCSB’s smallest college, will be graduating approximately 90 students next week. Maintaining CCS’s standard of “A Graduate School for Undergraduates,” nearly half of CCS seniors will head to graduate school next year. Approximately 20 percent of the remaining students plan to pursue graduate education in the following year, and 17 percent are headed straight to their prospective careers.

Create your own infographics

CCS students will be attending schools across the country including Harvard, Yale, University of Pennsylvania, Duke and Berklee College of Music, according to Sara Sterphone, student affairs officer for CCS. A little over 2 percent of students will continue research at UCSB, and other students will attend in-state programs at Chapman, Stanford, UC Los Angeles and UC Berkeley.

Along with rising numbers, UCSB’s demographics have undergone significant shifts since 2012. In fall 2015, UCSB was named a Hispanic Serving Institution due to its significant enrollment of students who identify as Chicano/a and Latino/a. Reflecting the criteria for this title, this demographic now represents 27 percent of the undergraduate population as opposed to 24 percent four years ago.

To offset reduced funding from the state, UCSB has also shifted its enrollment of in-state students along with the rest of the University of California. In fall 2012, 94 percent of UCSB students were California residents and the remainder were out-of-state or international residents. In-state enrollment percentages have gone down by 4 percent as of 2015, and 6 percent of students are now enrolled from outside of California. These changes have sparked controversy throughout the state and students and legislators are pushing the UC to prioritize residents of California.

The UC, although disputed, will continue to change, and as seniors look back on their education, they will remember varying bits of the institutions that placed them in adulthood. For now, they scramble to complete the last of their exams and face the next few months with confusion, excitement and an ever-critical outlook.

Wow, what a clever reply, if you are a 5 year old.

Good luck realizing employment immediately, if at all, with an under or graduate degree in ANY major/field. Welcome to the realities of life in 2016- thinning fields, older workforce, and high interest student loan debt. But hey, with your apparently sparkling personality, you’ll go far!