With one athlete remaining in the 2016 NCAA Championships after the conclusion of the West Preliminary in Lawrence, Kan. this past weekend, it’s time to reflect on a season that has been filled with positives for UCSB track and field.

One of those positives comes in the form of the Gauchos’ lone qualifier for the final round of NCAA Championships in senior high jumper Jessica Emde. 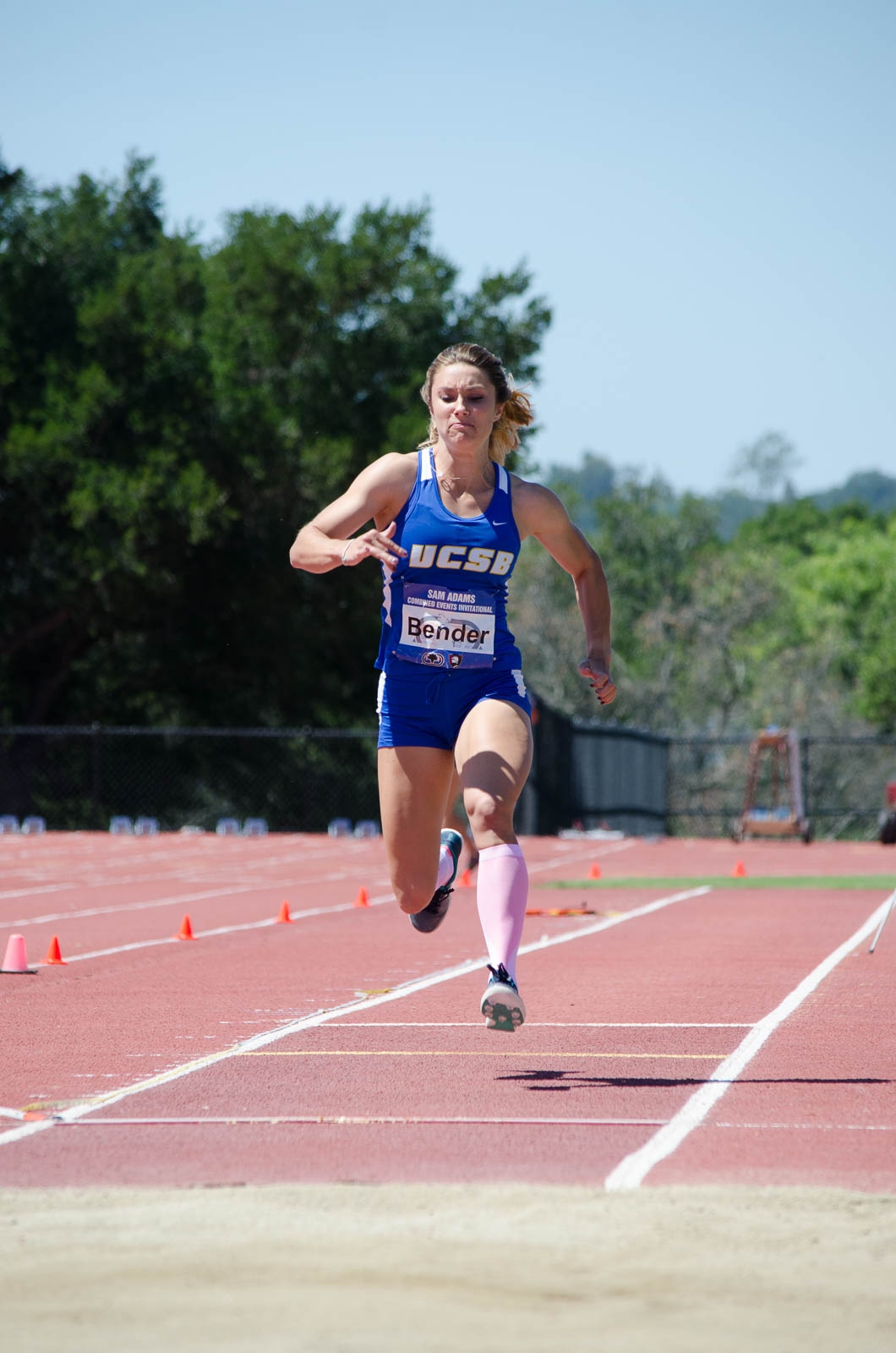 She will be the No. 23 seed at nationals next weekend after her jump of 1.76m at regionals. She also leapt 1.79m at the conference title meet a couple weeks ago to earn the win in her event.

Both the men’s and women’s teams were able to finish in second place at the Big West Championships this year, defying the odds and exceeding expectations after each were projected to finish out of the top-three coming into the weekend.

In the men’s multi-events section of conference championships, Gaucho sophomore Tyler Nelson ended up on top with a final point total of 7,220.

In the other section of championships, Gaucho athletes took the titles in four different events. Along with Emde’s victory in the women’s high jump came victories in the women’s 1500m race, the men’s 800m race and the men’s javelin throw.

Graduate student Tsolis became UCSB’s third female athlete ever to earn the accolade. The distance runner had a stellar season that included becoming the first Gaucho in school history to take the Big West title in the 1500m, running it in 4:20.53 at the finals in Long Beach.

She also took third place in the 800m race at the conference meet with a time of 2:12.36. Earlier in the year, Tsolis set the school record in the 1500m with a run of 4:19.02, which was fast enough to be the Big West leading time and earn her Big West Track Athlete of the Week honors.

On the other side of conference, Vaziri was Big West men’s track co-athlete of the year along with UC Irvine’s Lloyd Sicard.

The last Big West title-winner for UCSB was junior javelin thrower Darion Williams, who took first place for the men with a throw of 63.53m.

UCSB ended up sending a total of 12 athletes to the West Preliminary, with six coming from each of the men’s and women’s teams.

Despite only Emde being able to advance to the final round, five different Gauchos ended up in the top-20 of their events. The other four were senior javelin thrower Melissa Rake, junior javelin thrower Matthew Kuskey, sophomore hammer thrower Jeremy Franklin and junior hurdler Myles Mcdonald.

The team will look forward to the offseason now, developing their returnees and acclimating their new recruits, while keeping an eye on Emde and her efforts at NCAA Championships in Eugene, Ore. next weekend, June 8-11.