The Daily Nexus
Sports
UCSB Anticipates Future, Rebuilding Roster With Recruits
May 26, 2016 at 5:01 am by Elliot Thornton

As another chapter of UCSB men’s basketball came to a close in March, Head Coach Bob Williams can only sit back and reflect on his team’s commendable journey. 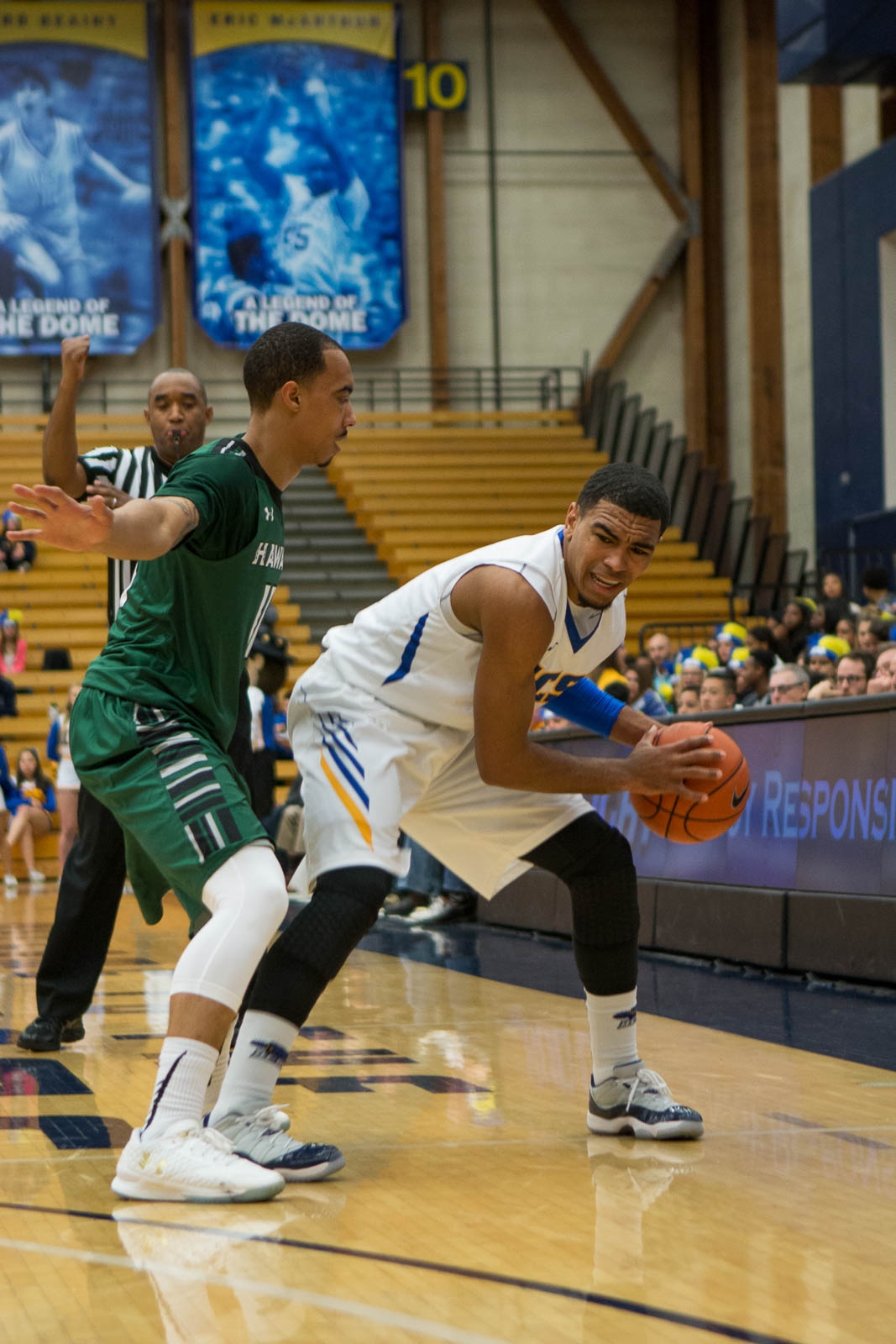 Despite plummeting to the bottom of the Big West early in the year, Santa Barbara persevered when it mattered most. Having to battle through a plague of injuries yet still managing to enter postseason play on a momentous nine-game winning streak — the longest conference streak in school history — Williams can only applaud the heart of his players, especially the efforts of seniors DaJuan Smith, Mitch Brewe, T.J. Taylor, Sam Beeler, John Green and Michael Bryson.

Playing each game as if it were their last, this core group set the example for their underclassmen and instilled the tough mentality of the underdog that has become fundamental to UCSB’s program.

However as these fourth-year players prepare for their final goodbyes to the nostalgic tortilla tosses, the Gaucho Locos and their beloved Thunderdome, a concern for rebuilding plagues the mind of Williams and his coaching staff in preparation for next year.

Fortunately enough, Williams and his crew have been able to lure top-tier talent to a new home in Santa Barbara with the recent recruiting class. The recruited players are familiar with the big moment and are ready to make an impact immediately, and they could very well compliment an experienced squad of UCSB players.

Kicking off the top of the Gauchos’ recruiting class, junior college transfer and Community College Player of the Year Jalen Canty provides a much-needed presence on the block that UCSB will lack next year with the departure of seniors Beeler and Brewe.

Starting all 33 games for the City College of San Francisco last season, the 6-foot-7-inch, 245-pound forward proved to be essential to his team’s success, averaging nearly a double-double with 13.1 points and 9.1 rebounds per game to help lead his team to a CCCAA State Championship.

A defensive liability on the boards and versatile back-down post player, the former Washington State commit will be seeing quality rotational minutes from Williams and should mesh well with the team’s current arsenal of athletic forwards in Jarriesse Blackmon, Alex Hart and Ami Lakoju.

Canty also has some ongoing chemistry with sophomore Gabe Vincent as both were former teammates on the AAU Oakland Soldiers.

Among other post-man recruits for Santa Barbara is the 6-foot-8-inch senior out of Besant Hill Academy, Felix White. A candidate for the First Team All-CIF Division VI, the international forward from Nigeria has the tangible skillset and basketball IQ necessary to excel at the next level.

Aside from his team-leading averages of 17.3 points per game and 10.6 rebounds per game during his senior year, White compiled a cumulative 3.42 GPA during his three years at Besant Hill. This intelligence in the classroom is a trait White hopes to translate onto the hardwood next season against much bigger, faster and smarter talent in the Big West.

With Big West premiere players such as Bryson and Green sealing their legacy in a blue and gold uniform, Santa Barbara will have to anchor itself with a new core of scorers this upcoming year.

Surely Vincent and junior Eric Childress will be fundamental assets to the team’s offense; however, the two Conference Honorable Mentions now have some help with a collection of new wing players seeking to make an impact.

Christian Terrell, Max Heidegger, Mickey Mitchell and Clifton Powell Jr. are all incoming talents capable of stretching the floor and attacking the basket.

Terrell and Powell, both 6-foot-4-inch combo wings, add to the long list of versatile two-guards under Coach Williams. Named one of the elite players in the area by the Sacramento Bee, Terrell finished his four-year tenure at Sacramento High with a total of 1,279 points. The All-Metro conference player can be a threat on the perimeter, averaging a 35 percent shooting percentage from behind the arc.

Powell, a fifth-year senior out of Woodland Hills, CA has also grown in his scoring ability and lengthy frame as a result of an extra year at 22ft Prep School Academy in South Carolina. A bouncy guard with a knack for knocking down the three, both Powell and Terrell could stand as crucial second-string pieces that fill the void for key bench players T.J. Taylor and DaJuan Smith.

In addition to these shooting guards are floor generals Heidegger and Ohio-State transfer Mitchell. Heidegger, a 6-foot point guard from just down the road at Oaks Christian, fits in a somewhat smaller category of Division I players, yet his ability to drive, kick and finish at the rim makes him an ideal player under Williams’ guard-oriented system.

Though transfer regulations will force the 6-foot-7-inch Mitchell to redshirt this upcoming season, the combo forward could possibly have a substantial role in the future with three full years of eligibility remaining at UCSB.

As the six seniors continue onward to their next phase in life, another set of basketball talent looks to carry on this culture of excellence and mold a new identity for the UCSB men’s basketball team. With pure skill meeting a hungry squad unsatisfied with last year’s Big West Semifinal loss, Williams and his crew might have more of a rewarding season than expected heading into early November.

A version of this article appeared on page 10 of May 26, 2016’s print edition of the Daily Nexus.