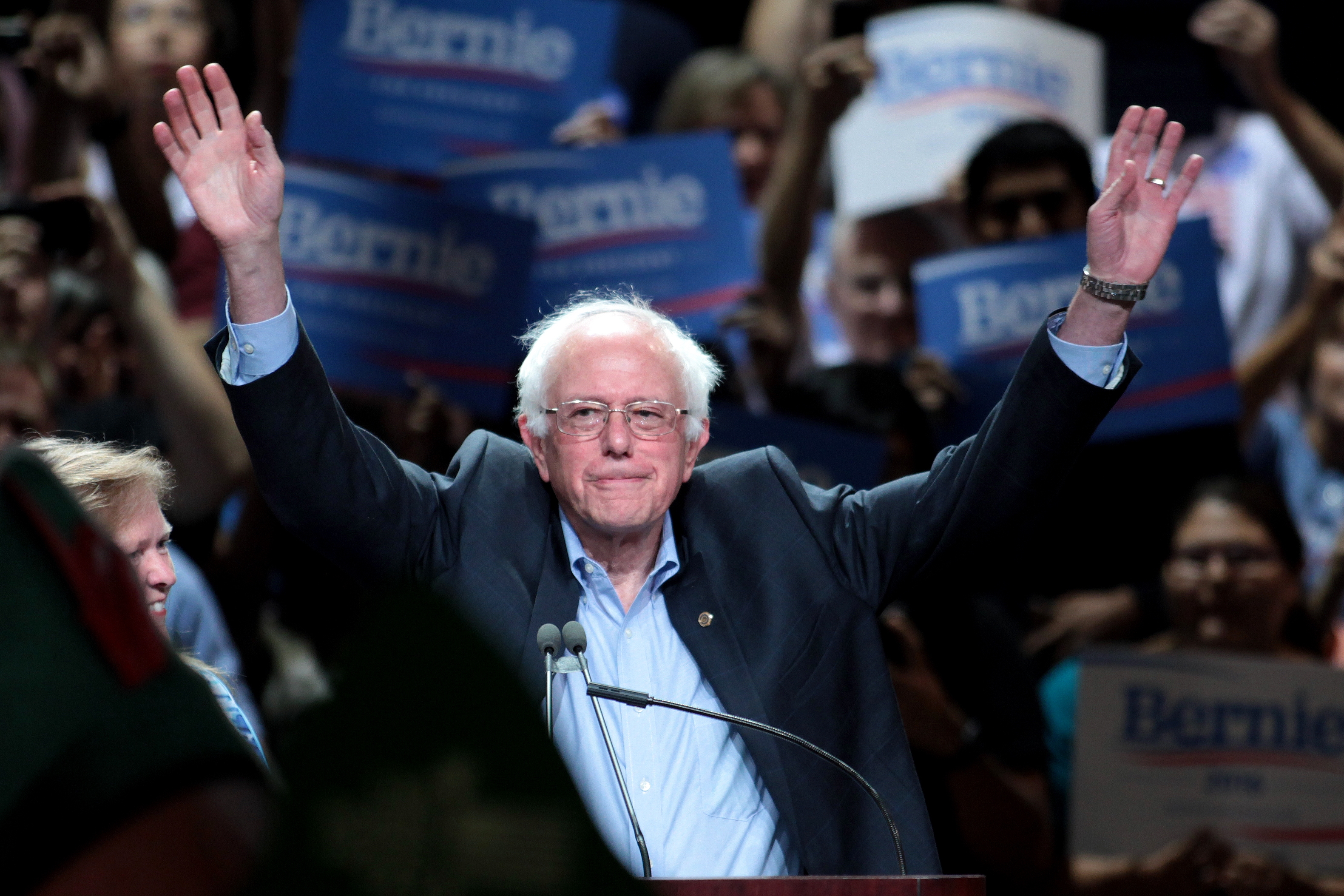 Adding to his multi-city tour of California, Democratic presidential candidate Bernie Sanders announced Tuesday that he will hold a rally at Santa Barbara City College on Saturday morning.

Sen. Sanders (I–Vt.) will speak to SBCC students and residents of Santa Barbara from The Great Meadow on SBCC’s West Campus, a large plot of grass overlooking the Pacific Ocean.

The rally, titled “A Future to Believe In,” is free and open to the public. Doors open for the event at 7 a.m.

Sanders’s campaign said in a statement that Sanders will be speaking about money in politics, climate change, health care and how to make public colleges and universities tuition-free.

The Santa Barbara Metropolitan Transit District (MTD) said the 15x, an express line between UC Santa Barbara and SBCC, will not be running on Saturday.

Cynthia Boche, assistant planning manager at MTD, said none of the Saturday buses will get UCSB students to SBCC by 7 a.m., but that students may be able to arrive by 8. Boche said she expects an influx of passengers on Saturday morning.

“I think a lot of people from Isla Vista will be wanting to get to the event,” she said.

UCSB students can take the Line 11 bus to the downtown Transit Center and then take Line 4 or Line 17 to SBCC.

Actor Danny DeVito, who has endorsed Sanders, drew hundreds of UCSB students to The Arbor for several hours last week, telling them it was important to vote in the California Democratic primary on June 7.

People planning to see Sanders at SBCC should not bring bags, signs or banners and should limit belongings to small items like keys and phones, the candidate’s campaign said.

After speaking at SBCC, Sanders will head 60 miles north to address supporters at Santa Maria High School’s Wilson Stadium. Students can RSVP for the SBCC rally at Sanders’s campaign website.

Bernie Sanders is NOT taking away my hard earned money! No communist is running MY country!!!

Good thing he’s not a communist, then.

U are a fool if u think that socialism does not lead to communism!!! Shame on the student voters who want to redistribute wealth!

You do realize that unless you are a corporate CEO hot shot who is making all his money off tax free capital gain, which I seriously doubt you are, that you are not the one he is trying to raise taxes on. Capital gains for business is a free and LEGAL way to evade taxes which is completely unfair to the working class who making money for these corporations not because of them.

(I change username to fit character better)
You think just because someone has more money he pay more? First they came for rich man farm and peasant clap with grubby hands. Then they come for peasant!

The Garth
Reply to  Boris the Soviet Expatriate

Lol I think I know exactly who this is. #soviet

Boris the Soviet Expatriate
Reply to  The Garth

I assure you not know Borris. Borris fears kgb repercussion for dissidence so he use stereotypical slav name to keep on down low.

Go back to your containment board, cuck. Stop embarrassing yourself and go play with your hot glued anime figurines in your patented “Make America Great Again” cap.

Socialism isn’t just a switch you press and suddenly communism. It’s a complex range of political philosophy that has its legitimate uses in a democratic society to help capitalism remain fair and viable IE: most of what Teddy Roosevelt accomplished. No rational person thinks their kid should grow up only to not be able to pay blatantly racketeered medical bills.

I say big American FUCK U to idiot who think capitalism is about remain fair. I do not care for shitty virtue that do not apply in big boy world. Perhaps you go to Mcdonalds and go in playpen like idiot manchild who want fair and equal. Also you think I give fuck about Teddy Roosevelt? I give fuck about Trotsky and Chavez….xaxaxaxaxaxa. Perhaps you go into big clusterfuck of socialist country and grow some stone when you realize how fuck you are. You only say you want socialist because you are privilege kulak xaxaxaxaxaxaxa.

That’s actually not true at all. Bernie’s plan calls on raising taxes across the board but hitting employers and the highest earners more. Still, even the lowest tax brackets will see their tax rate increase by about 3%.

Exhibit “A” above : low information voter.

Exhibit B-Arrogant man who does not look at history!!!

Do you think of you use more exclamation points, it makes you right?

Navy Seabee …..People today are working for 50% of the purchasing power we had in the forties, fifties and sixties. Community Colleges were free in California and about 45 dollars a semester at the State Colleges. And everybody paid their fair share of taxes. Let’s return to those days.

Ironically, Bill Clinton spoke at this exact same spot when he was running for President.

Awesome, can’t wait for Bernie to become president and take money away from those who work hard so I can continue to get free money for my made-up disabilities!! Yes, I suffer from PTSD from tumblr because someone once called me fat, excuse me, check your thin privilege!!