The Daily Nexus
Science & Tech
Researchers Disclose ‘Unknown Territories’
May 19, 2016 at 12:31 am by Tanvi Gurazada 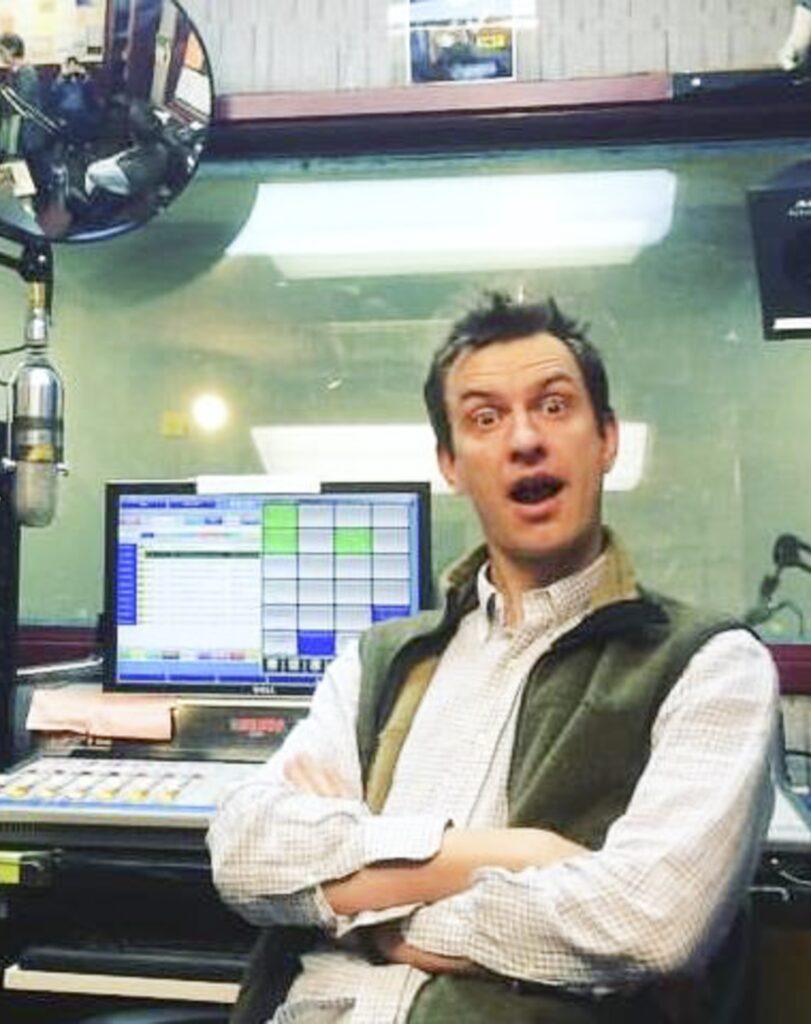 Airing every Tuesday morning, Yon Visell, above, along with his co-host, Irene Moon (Katja Seltmann), debunk misconceptions about the scientific community. Courtesy of KCSB

A Tuesday morning KCSB radio show is steadily chipping away the many mysteries and miscommunications of science and the science community.

“Unknown Territories,” aptly named for its coverage of scientific topics, is breaking down the false but commonly accepted dichotomy between scientists and the rest of world. Hosted by a power couple of two prominent researchers, Katja Seltmann and Yon Visell, “Unknown Territories” combines science and music to produce an educational and insightful morning show.

The show covers trending scientific topics, such as the Zika virus and uses current scientific literature and research to combat the sensationalist and reactionary headlines the media often presents.

Visell is an assistant engineering professor whose research focuses on haptic engineering, or the science behind touch. He said there is oftentimes a lack of communication within and across the scientific community, and the morning show attempts to bridge the gap between scientists and the rest of the community.

“A lot of the time as scientists, our explicit training doesn’t involve communication, but it is something that we absolutely have to pick up along the way because, at some point, it’s necessary for everybody to communicate,” Visell said. “All the exciting work that is being done belongs to the public. It’s not only our interest, but somehow an essential part of our mission to be able to communicate the value in it.”

According to Visell, the radio show discusses science in ways that are accessible to the public, but does not lose the true scientificity of the issues.

“In many cases, the way that science is communicated to the public doesn’t really reflect the richness of what is happening today,” Visell said. “Often, we simplify it to an extent that it loses the contemporary flavor.”

One of the goals of “Unknown Territories” is to hold community members to a higher standard of understanding and interest about scientific topics.

“It’s fun, but it’s also a service,” said Seltmann, an entomologist and the director of the Cheadle Center for Biodiversity and Ecological Restoration. “We see it as a service to us, too, because as a researcher, a lot of times you forget to look at what is hot in the science news. The idea was basically for us to keep up with the literature that is going on.”

“Unknown Territories,” while a relatively new and unique addition to Santa Barbara’s airwaves, is the latest in a lifetime of performances for both Seltmann and Visell.

Seltmann, or Irene Moon, her performance alter-ego, began “science-based performance art” in her undergraduate career with a series titled, “Scientifically Speaking with Irene Moon,” and conducted lectures on entomology that incorporated music, education and elements of drag.

Visell’s interest in radio began during his undergraduate career at Wesleyan University where he was involved with WESU Middletown, one of the first free-form radio stations.

Seltmann said the structure of the show, bringing music together with science, works to break down stereotypes of the rigidity of science and scientists.
More women are going into the science field, but they do not stay in the field after graduation.

“More women, for example, have being going into science and graduate school, but our retention of women in academia has not increased. Maybe the whole system is broken,” Seltmann said. “Maybe it’s a lack of ability of a person to be something else and to be a professor at the same time.”

Seltmann said the show is working to promote diversity in science and technology and hopes to continue these changes into the future.

“There is not a mold for a scientist,” Seltman said. “It was white guys, highly educated from affluent backgrounds, and that is changing in so many different directions. Any way we can promote that change is really important.”