It’s still May and two things are certain: we still have “May Gray” and it’s still Mental Health Awareness Month. Last fortnight (a fortnight is how long a Shakespearean lover must wait before the fairy spell wears off), we talked about anxiety and depression and how common they are on our campus.

As the names suggest, both are characterized by difficulty sustaining attention. People with A.D.D. primarily have difficulty with paying attention and focusing. They are often characterized as “daydreamers” — meaning their mind will wander in the middle of a class and next thing they know, they’ve lost track of the topic completely.

People with A.D.H.D. have hyperactivity thrown into the mix. They have difficulty sitting still when required to do so. They often have to get out of their seats during classes and struggle to wait their turn.

What makes A.D.D./A.D.H.D. extra challenging is that many other mental health conditions can cause the same symptoms. Sleep deprivation, stress reaction, bereavement, depression and anxiety can all cause the exact same difficulties with concentration and memory as A.D.D./A.D.H.D. but they are fundamentally different processes.

People with A.D.D./A.D.H.D. have a unique brain chemistry that causes the condition. This brain chemistry is very different from someone who is having problems concentrating and learning due to depression, anxiety or sleep deprivation.

So distinguishing what is causing the difficulty with concentration and memory is crucial to implementing an effective treatment.

The brain has many different compartments. One part controls movement, another controls hearing, another controls emoji selection and so on. There is also a part of the brain whose job it is to help someone maintain focus on a given task and block out distractions.

In people with A.D.D./A.D.H.D., this part of the brain doesn’t communicate well with other parts of the brain. 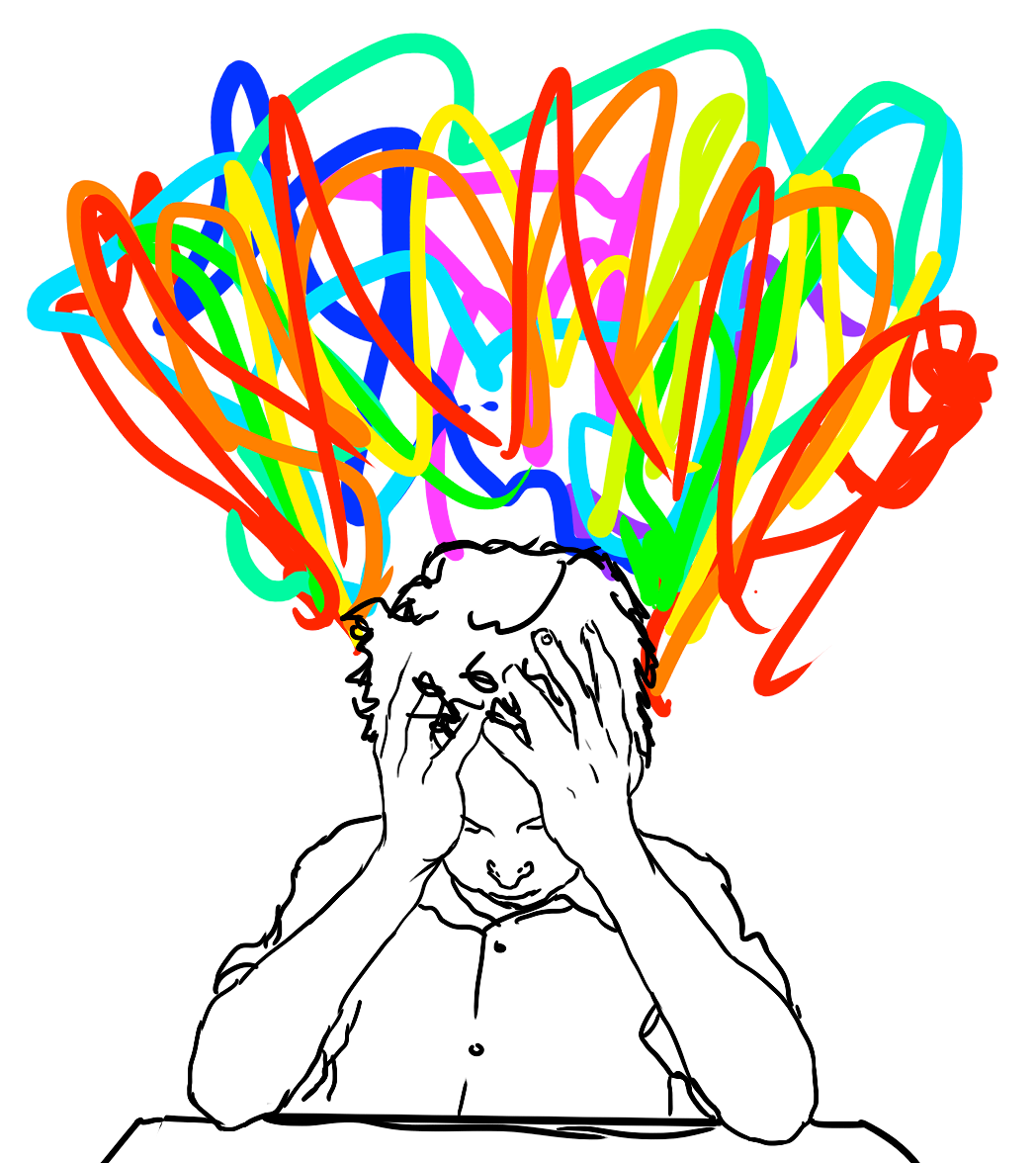 It’s like trying to do push-ups in quicksand. The push-ups won’t be very effective because the ground gives way with every push and the body never lifts off the ground. This does not mean that the individual has any less strength than their peers. Similarly, people with A.D.D./A.D.H.D. are just as intelligent and creative as their counterparts who don’t have the condition. They just have to exercise their intelligence and creativity in quicksand.

Depending on the severity of the A.D.D./A.D.H.D., some people might need medications. Most commonly, stimulants are used which most people find counter-intuitive. If someone has difficulty focusing and/or sitting still, why give them something that will get them even more wired?

As it turns out, in people with A.D.D./A.D.H.D., stimulants help the part of the brain responsible for maintaining attention and blocking out distractions to communicate better with the other parts of the brain. The result being that the symptoms of A.D.D./A.D.H.D. get better and patients are able to be more functional in their lives. It’s similar to giving our quicksand pusher-upper a solid plank of wood to push against.

Taking someone else’s A.D.D./A.D.H.D. medication is tweaking your own brain chemistry based on someone else’s brain chemicals. It’s like giving someone doing push-ups on solid ground a wooden plank to push off of. Not only is it unlikely to help with the push-ups, but it also significantly increases their risk of getting splinters.

These days, A.D.D. and A.D.H.D. need not be the barriers to academic success they once were. Thanks to medications, people with A.D.D./A.D.H.D. can exercise their intelligence and creativity to their fullest. Given that every individual’s brain chemistry is unique, it is imperative that individuals only take medications that are prescribed for them. This way, each individual’s brain chemistry is adjusted in the appropriate way and all brains on campus thrive and achieve to their own unique fullest potential.

Sadly, my daughter with AD/HD has been forced to give up her Kaiser psychiatrist due to UCSB policy, yet UCSB wants her to go off campus to some random psychiatrist to get her meds. Not being able to see a doctor easily on campus is really discriminating against kids with this kind of disability, because it is so hard for them to navigate appointment making, telephoning, bus riding, along with the other challenges they face. The health services is using “go off campus” as a way to “deny services” to kids who are already diagnosed and just need med checks,… Read more »

No they’re not. This is a stupid accusation.

Really? They weren’t forced to give up their doctor they are required to have health insurance that has coverage within a reasonable distance of the school. You could have kept kaiser in addition to what you had to buy to provide coverage for your child and kept the doctor. However you chose not to do this and instead chose to get rid of kaiser. If your child has a hard time going 5 min off campus or making appointments why would the same process but with a 100 mile round trip be easier for them? You really think very low… Read more »

ADD isn’t a recognized disorder anymore. Are you sure you’re really a doctor? This isn’t a very good explanation of ADHD anyway. No one needs to read another generic ADHD article consisting entirely of “no shit” factoids.