The Daily Nexus
News
UCSB Student in Critical Condition After Attempted Hanging
May 18, 2016 at 7:40 pm by Supriya Yelimeli 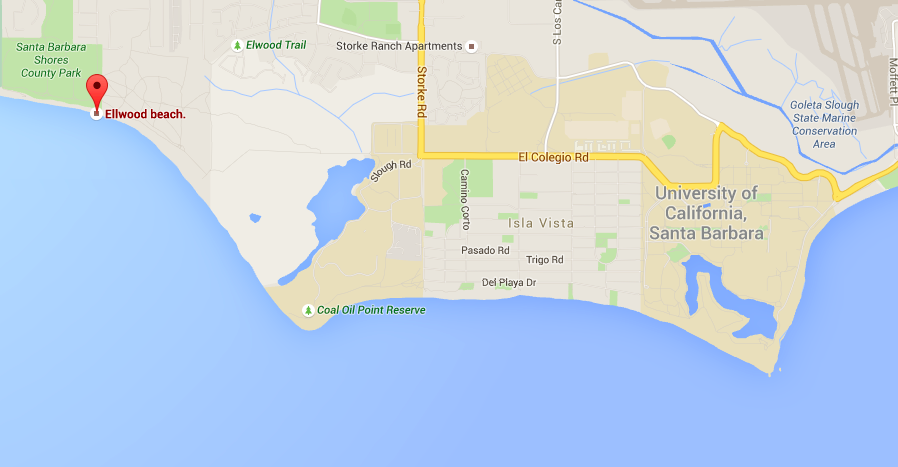 A UC Santa Barbara student was transported to a hospital in critical condition after he attempted to hang himself at the Ellwood Bluffs on Wednesday afternoon.

At approximately 1:22 p.m., a family found the 19-year-old man hanging from a tree and waved down a passerby for help, according to Kelly Hoover, a Santa Barbara Sheriff’s Department spokesperson.

“A 50-year-old Santa Barbara man was able to cut down the male and start CPR until medics could arrive,” Hoover said.

The UCSB student, whose name has not yet been released, was transported to a hospital in critical condition, according to Hoover.

[Update: More information can be found in an interview of the 50-year-old man who was present as the scene.]

damn. i hope there’s someone out there who he can lean on.
i’d try my best to be a listening ear if i knew ye

Dear daily nexus: do the right thing and don’t release the student’s name.

Dear Anonymous User,
Quit trying to tell the media how to do their job, that’s how we got into this shit show,

Praying for you fellow gaucho, I hope you come out of this stronger than ever. Don’t be afraid to reach out.

I was hoping someone had some news on this kid. I was the one who cut him down. Can’t stop thinking about it.

Hi Jeffrey, thank you for reacting so quickly and cutting him down. I hope you get an update on his condition soon. Please reach out for support for yourself. That is a really, really hard situation and something that will take a long time to “un-see” and move past from. If you just want to be able to talk to another community member who has some training and experience with responding to situations like this, I would recommend emailing the Santa Barbara Response Network sbrncommand@gmail.com. There is also New Beginnings COunseling Center, Community Counseling & Ed Center, and the SB… Read more »

Thank you, I appreciate the information.

Hi Jeffrey, I know you are interested in what is going on as I know I would especially if I was instrumental in all that is going on. Unfortunately I do not have good news to report. There was no brain activity so the family had to make the difficult decision to take him off life support last night. Although it is never easy to say goodbye, he is in Gods hands now as he now has another purpose and he will be greatly missed. It is so sad as you would think he had so much to live for,… Read more »

Jeffrey – thank you so much for what you did. I cannot imagine the horror once you stumbled on this young man. He is the son of a very good friend of ours. Last I heard (this morning) he is in very critical condition. We are praying for a miracle at this point and you have no idea how grateful everyone is for your selflessness. I hope and pray that soon I can report that he is doing better, but at this point it is in God’s hands, the care of his medical team and many prayers. Thank you again… Read more »

Thank you so much. I would appreciate any information on his condition whenever you can. If you want an e mail or whatever please let me know. I pray he’s okay as this has been quite an experience and made me ponder alot of things in life. Once again, thank you for your post. It really helped.

Thank you for doing that. A friend saved me from an attempt at the bluffs by Manzanita a year ago.

Hi Jeffrey, thanks for doing all that you did. He was a close friend of mine and I believe you deserve an update. He’s currently in the ICU but they’re planning on taking him off life support today. I don’t think any of us saw this coming but your actions allowed many us of visit him and make our peace. Thank you.

I’m very sorry to hear that.

Thank god the elderly cyclist was passing by. If not for her quick thinking the boy may not have even made it to the hospital. God bless.

If there are people who have nothing nice to say please don’t say it. This boy took his life on the heels of his brother who also took his life last year. This family is in tremendous unbearable pain. Mental illness is all around us and instead of judging people’s journey and their pain lets just feel love.