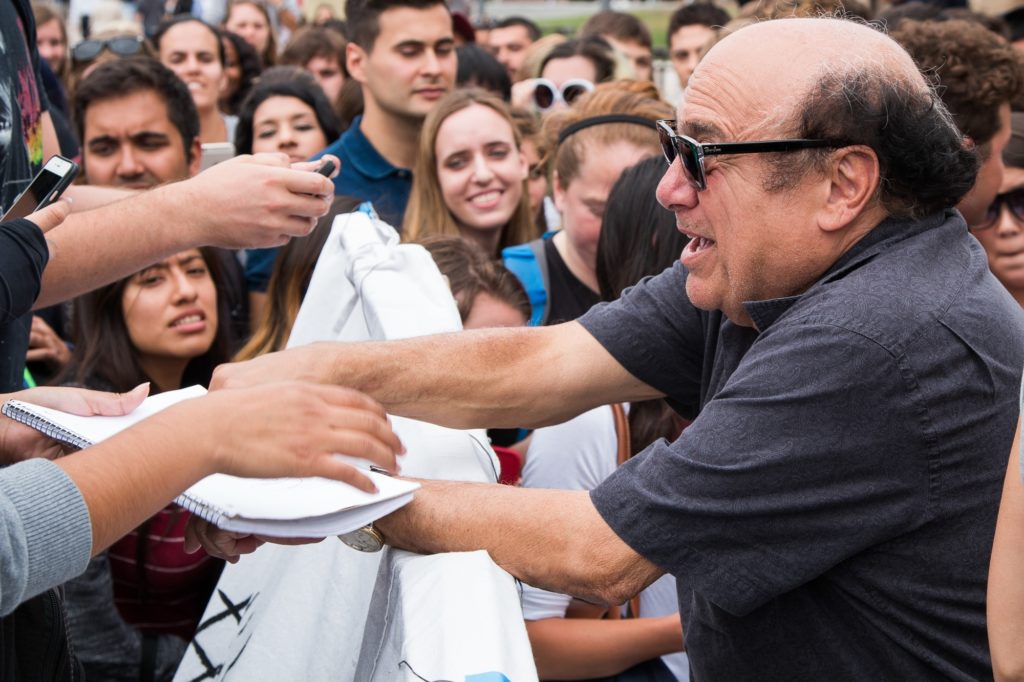 Actor Danny DeVito met with a crowd of nearly 900 students at UCSB on Tuesday to promote Democratic presidential candidate Bernie Sanders and speak on the importance of student activism.

DeVito and UCSB For Bernie members appeared together at The Arbor walkway at 1:30 p.m. to the resounding cheers of Sanders supporters and star-struck students. Stepping up on a bench to address the crowd, DeVito passed on using a megaphone and delivered a passionate cry of, “I feel the Bern!”

“This is a movement that has to continue no matter what,” DeVito said. “This is serious shit, man.”

DeVito, who was a college student during the Vietnam War, advocated for civil rights and marched in an anti-war protest in New York in the 1960s. Although he was not drafted into the war due to his “bad knees,” DeVito said he lost a few friends in combat, motivating his support of Sanders, who he described as “nonviolent.”

“Nonviolence is the way to do it. The movement has to continue … it’s not just about this political system we have now,” DeVito said.

While attending college at the American Academy of Dramatic Arts in Hollywood, DeVito also spent several weekends in Isla Vista visiting his friends at UCSB. 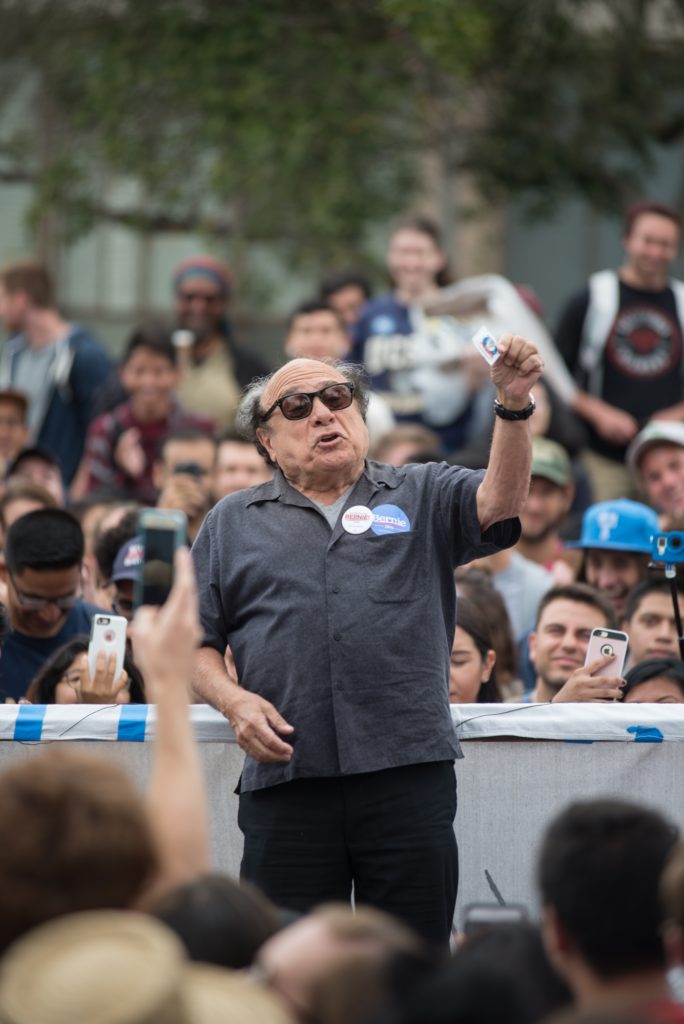 DeVito shows off a “Feel the Bern, not the burn” condom. Cameryn Brock / Daily Nexus

DeVito once dressed up as a pair of pants to attend a costume party in I.V., inspired by Italian film director Frederico Fellini.

“I will never forget that party; it was really great,” DeVito said. “We tried to make that costume work and it didn’t. I wore a motorcycle helmet and a pair of black tights … I don’t know what I was, it was kind of a weird-looking thing.”

As students milled around DeVito to hear his parting words, the actor snuck in a few more signatures and gave a short speech.

“Stand up for what you believe and … we can do it together,” DeVito said. “I’ve been to several colleges now and I feel like the energy is there, it’s in your hands … you really are the future of it all.”

UCSB For Bernie received notice of DeVito’s visit yesterday afternoon from the national campaign for Sanders.

“This is a movement that has to continue no matter what,” DeVito said. “This is serious shit, man.”

“We had no idea what it would be like,” said Riley Brann, fourth-year interdisciplinary studies major, saying although they received short notice, volunteers were able to register an estimated 100 voters during the event.

“We are so grateful to Danny DeVito. He was supposed to be here from one to two. He came here a little bit early … and then he stayed about an hour and a half longer than he was supposed to,” Brann said. “His manager kept saying … ‘he wants to be here, he wants to do this.’”