The end to an exceptional season for the No. 7 UCSB women’s water polo team occurred this weekend as the team made its first ever NCAA Tournament appearance at the UCLA Spieker Aquatics Center.

Despite falling 12-5 to No. 2 Stanford in the first round and 10-5 to No. 10 UCSD in the second round, the Gauchos ended the tournament on a high note defeating No. 13 San Diego State 8-2 to claim seventh place.

Santa Barbara ended its successful season with a 19-14 overall record after its 1-2 run in the tournament. 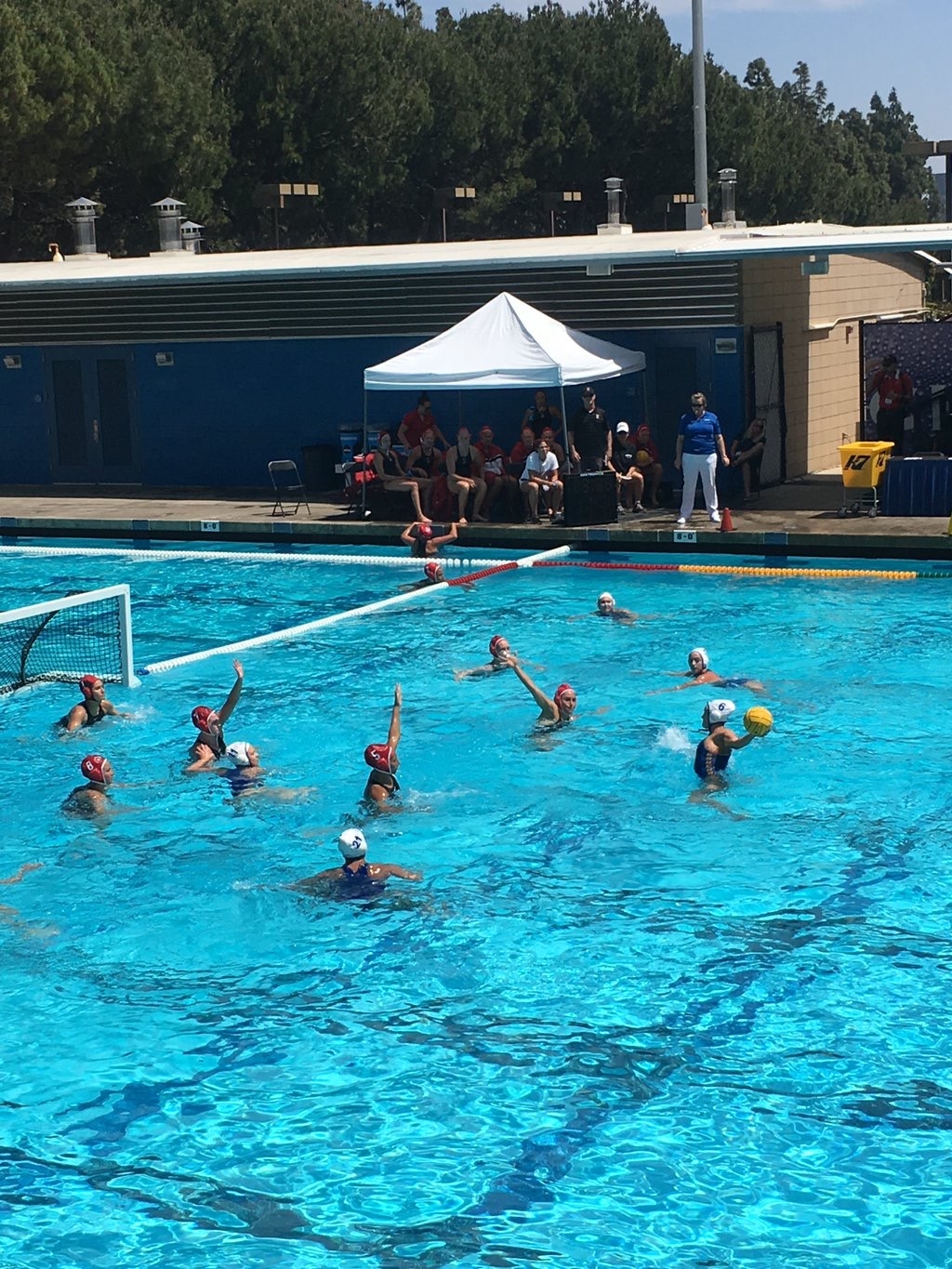 The Cardinals went on to compete in the championship on Sunday after taking down UCSB 12-5 in the first game of the weekend and UCLA 7-4 the following day. However, the two-time defending champion came short to No. 1 USC in a nerve-wrecking game that came down to the last six seconds of the match ending 8-7 in favor of the Trojans.

In the opening game on Friday, Stanford came out ready to dominate the competition, nearly shutting out the Gauchos in the first half.

The first goal came at the 5:19 mark, which initiated a 3-0 run in the first quarter for the Cardinals. The second period started off the same way, with Stanford controlling the tempo of the match allowing it to score another six goals before the end of the first half.

Midway through the second quarter, UCSB drew the first exclusion of the game. The Gauchos capitalized on the play and junior utility Miranda Schrader found junior attacker Brenna Thomas on the left wing to put Santa Barbara on the board for the first time.

However, Stanford’s stout defense restricted UCSB to the lone goal, maintaining its eight-point lead going at halftime by a score of 9-1.

The second half of the game was more favorable for the Gauchos as they seemed more settled and showed glimpses of what got them to the first-round matchup.

“I think we came down a little bit from the excitement of being here. We found our rhythm and matched their tempo,” Head Coach Serela Kay said.

UCSB’s defense held off the Cardinals in the third quarter, limiting them to only two goals, both of which came toward the end of the period. Then senior utility Samantha Murphy initiated an offensive breakthrough for the Gauchos, in which they outscored the Cardinals 4-3 in the second half.

Murphy went 2-3 in the game. Her second goal came in the fourth where she faked out the defense by looking one way and sending the shot to the back of the net.

The other two goals came courtesy of Schrader with a shot from the right side and junior attacker Jenna Solberg, who got the last goal after she stole it and went for the point herself with only six seconds left on the clock. Solberg picked up a team-high of two steals, while senior goalkeeper Mackenzie Brokaw had one along with six saves.

“We are excited to be playing here at the NCAA Tournament for the first time,” Kay said. “And we know that today was part of the process in getting experience with the bright lights and everything that comes with playing in the ‘Big Dance,’”

UCSB faced No. 10 UC San Diego the following day in the consolation bracket. Senior attacker Bryn Hudson led the team with two goals and two assists, but it was not enough to take down the Tritons in a 10-5 loss.

It was Hudson who opened up the scoring for both teams at the 6:47 mark in the first quarter. From the right wing, she shot to the far post where it was impossible for UCSD’s keeper to reach.

The Tritons answered immediately, scoring their first goal 38 seconds later on a power play. This was the first of six goals that UCSD would make as a result of its 6-on-5 advantages out of the seven they registered.

After four consecutive plays in which the Tritons scored, the Gauchos were able to break the 4-0 run in the second quarter with a steal from Schrader right in front of the cage. The Gauchos counter-attacked, and a pass from Brokaw to Hudson left the attacker in a one-on-one match against the goalkeeper, completing the play and trimming the score to 4-2.

Yet again, however, the Tritons reacted with another goal of their own to gain a 5-2 lead at the break.

Redshirt senior center Lauren Martin picked up a goal early in the third period after drawing one of her team-high three ejections in the match to make the score 5-3. Despite an early fourth quarter goal by junior utility Taylor Shore and a last-minute goal by Solberg, the Tritons had managed to score three more before the end of the third period ended and two more in the fourth to secure their victory.

In the final game of the weekend, UCSB faced the No. 13 San Diego State Aztecs for seventh place, in which the Gauchos finished their 3-0 season sweep of the Aztecs with an 8-2 win.

Most notably, the nerves that came with being in the Big Dance seemed to finally disappear for the Gauchos in the final match of their season. The defense shut out the Aztecs in three of the four quarters with the help of Brokaw who collected 10 saves and a steal.

Offensively, the team worked together to tally eight goals in total, six of them coming in the second half. Martin, Shore and junior defender Sophie Trabucco all recorded a pair of goals.

Although the Gauchos did not win the tournament, it was a great learning experience for the younger ones who hope to make an appearance again next year and an unforgettable memory for those that are graduating.

In one season, they broke several records and completed what no other team in program history had accomplished. A major puzzle piece to that success is the Gauchos’ squad of graduating seniors in First Team All-Big West selections Brokaw, Murphy and Martin. Martin was also named to the Second Team All-Tournament.

Nonetheless, next season looks to be just as promising as the Gauchos will welcome back returning players like Thomas, Shore, Schrader, Solberg, Trabucco and the talent from freshmen Ashley Riley and Sarah Kreiser.