The Daily Nexus
Artsweek
Artists Create Giant Bamboo Creatures for Extravaganza 2016
May 13, 2016 at 10:21 am by Supriya Yelimeli 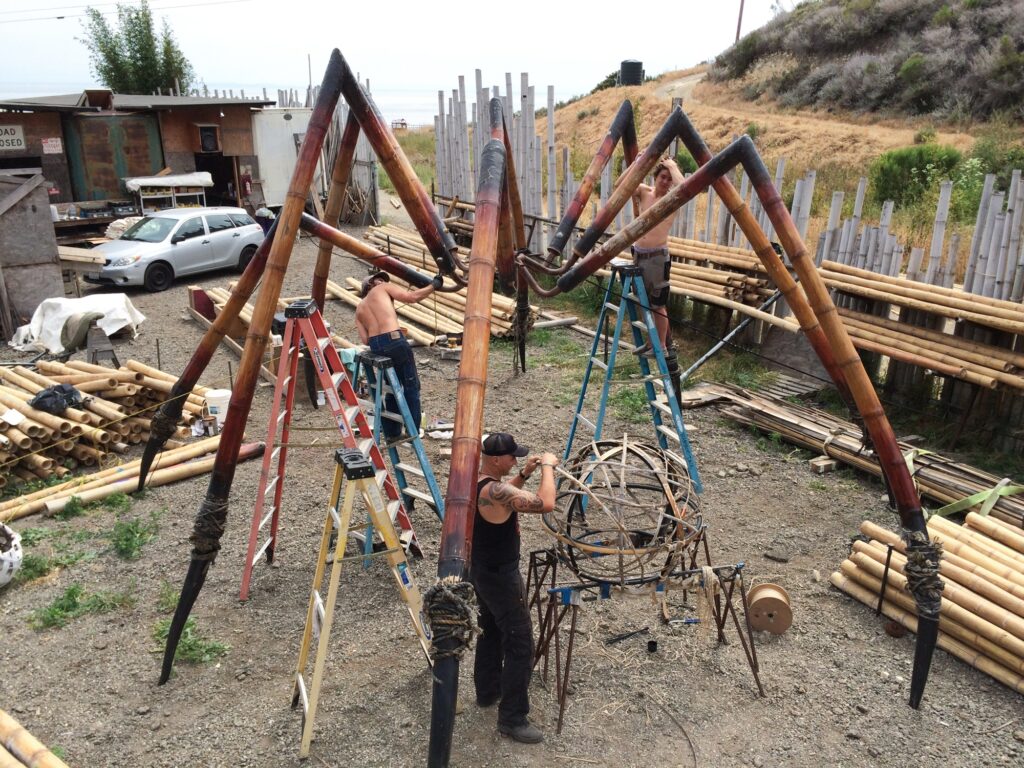 Several artists have been working throughout the week at a ranch in Santa Barbara to create two giant sculptures for UCSB’s Extravaganza 2016 concert.

Bamboo DNA, headed by sculptor Gerard Minakawa, has created Orbweaver and Boots, two bamboo insects, standing at over 20 feet tall, which will be constructed in Harder Stadium Friday afternoon.

Minakawa, 41, first began creating art for music festivals 10 years ago at Burning Man, and has since had art featured at Coachella, Electric Daisy Carnival, Lightning in a Bottle, Symbiosis Gathering and international festivals in Portugal, Ireland and New Zealand.

He attended the Rhode Island School of Design and later spent two years at UCSB teaching a media arts and technology program course about bringing art into public spaces.

At the time of Burning Man, Minakawa had never before bought a ticket to a music festival.

“We used to show up with a bunch of materials and no licenses and no insurance, no engineering … everyone was winging it,” he said. “Those days are long gone. Now you’re looking at much more time and money … everybody playing it very very safe, which is good. It means that artists that want to be involved in this work need to be way more prepared than I ever was.” 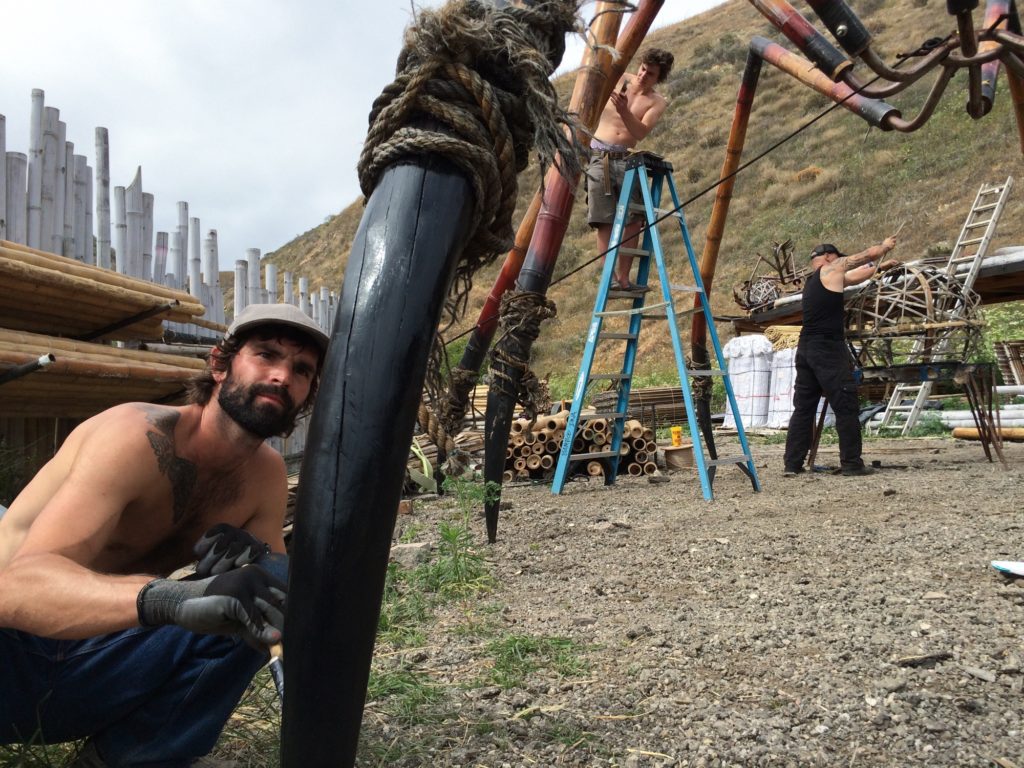 Four years after his first festival, Minakawa constructed a giant spider at the request of the Santa Barbara National History Museum. He then made a praying mantis for Santa Barbara Art Walk and is now revisiting the theme for Extravaganza.

“After those two, I wanted to create a few more but didn’t have a storyline for them, so I wrote and illustrated a short sci-fi piece and thus the Bugaboos were born,” he said.

Minakawa said he “fell in love with bamboo” when he traveled to Japan to visit his sister after being fired from his first full-time designing job in Santa Barbara. He spent the rest of his trip making sketches of construction designs and adopted the medium for his projects a year later.

“The way that it’s part and parcel with the culture of Japan, it’s so natural and so beautiful at the same time,” Minakawa said. “It embodies all the things that I would want my life to be about.”

Minakawa, who enjoys all music except for reggaeton and “bad electronic,” said he and his team will likely be attending Extravaganza on Sunday.

“You need to get out of the bubble you’ve created for yourself and see this massive production and she what the public is doing,” Minakawa tells fellow artists who are opposed to music festivals. “Instead of shoving it off, actually embrace it and see if there are people who you can talk to. In the end, they party harder than I do.”

How is the joint made