The Daily Nexus
Tennis
UCSB Hopes To Sting Yellow Jackets in First Round
May 12, 2016 at 3:44 am by Daniel Moebus-Bowles

After capping off the dual match season by sweeping the entire Big West Conference and winning its second-straight Big West Tournament title, the No. 44 UCSB men’s tennis team is not yet finished.

The Gauchos will be headed to their second-straight NCAA Tournament and are set to face No. 32 Georgia Tech this Friday in Los Angeles. 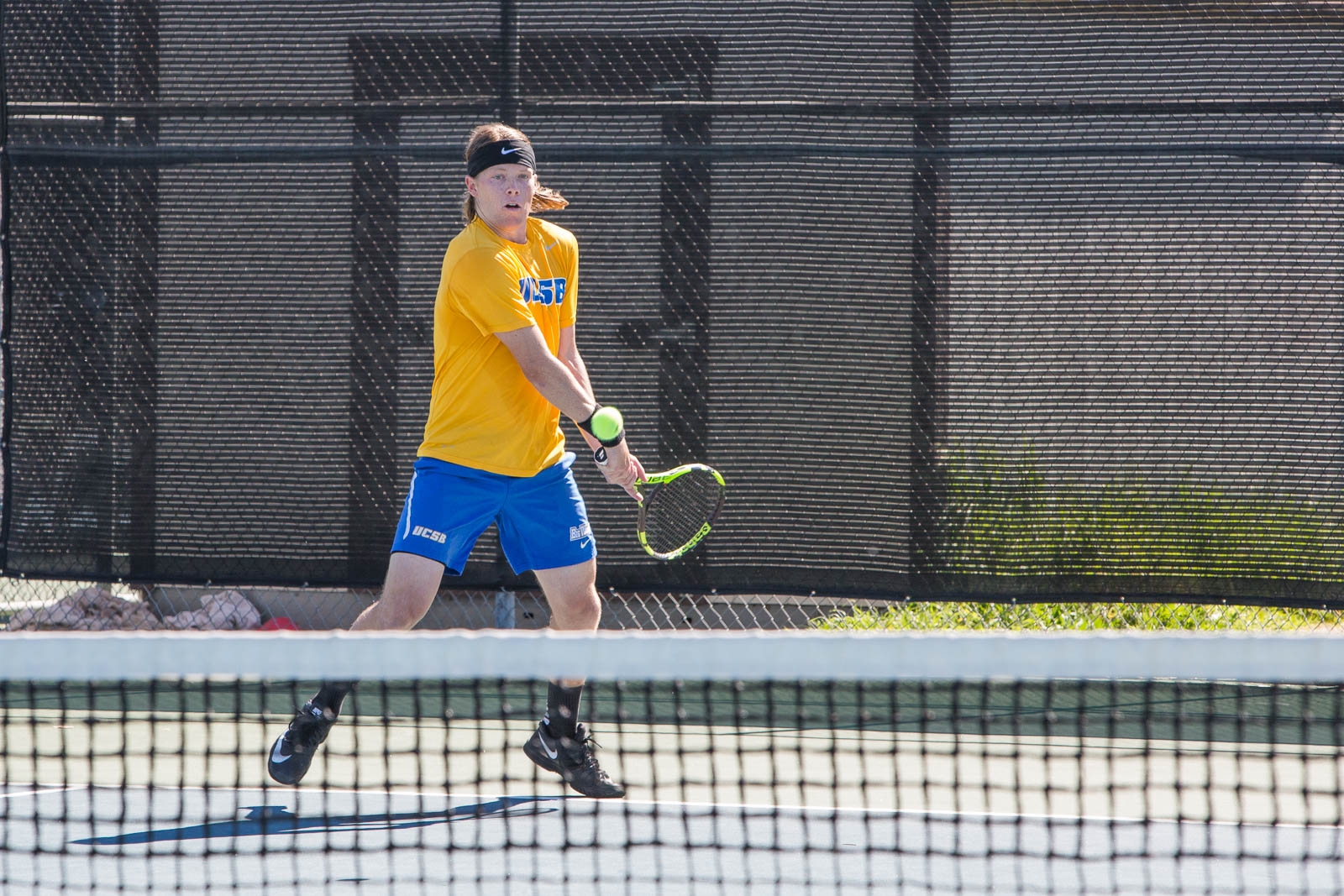 Third seeded Santa Barbara has been selected to the NCAA Regional that will be hosted by top seeded No. 10 USC. The Trojans will face fourth seeded UNLV following the matchup between the Gauchos and the second seeded Yellow Jackets.

“USC is a great venue for us,” Head Coach Marty Davis said. “It is a short drive away, we are familiar playing there and they just made some great renovations.”

The Gauchos head into the tournament with a record of 17-6 overall, which is the best win total under Coach Davis. The team is currently riding an eight-match winning streak dating back to late March.

Georgia Tech will head to Los Angeles with a record of 16-8 after dropping its quarterfinal matchup in the ACC Conference Tournament to No. 3 North Carolina. Playing in the Atlantic Coast Conference, Georgia Tech is accustomed to playing against the premier teams in the nation.

The Yellow Jackets are headed by this year’s ACC player of the Year sophomore Christopher Eubanks, who is currently ranked as the No. 7 singles player in the nation.

Eubanks comes in with an incredible singles record of 32-6 overall and 19-2 in dual matches, only playing at the No. 1 position on the court.

The sophomore player will be joined by junior Carlos Benito, who plays at the No. 2 spot for the Yellow Jackets and holds a singles ranking of No. 113 in the country. The two players also pair as a doubles team that is ranked as the No. 37 team in the nation. In addition, Georgia Tech features the No. 38 duo in the country in the Kay brothers, senior Casey and sophomore Michael.

The Gauchos have been very strong all year in the all important doubles round boasting the No. 78 doubles team made up of seniors Nathan Eshmade and Miles Seemann along with a strong freshmen duo in Nicolas Moreno de Alboran and Anders Holm.

The match with Georgia Tech will heavily rely on the doubles point with the singles round bound to be a split decision. The Yellow Jackets have been dominant at the upper singles courts, whereas the Gauchos have been tremendous on the lower courts.

“We’re not intimidated by any team,” Davis said. “We are a better team this year and we are more than capable of reaching the Sweet 16.”

The match is set to start at 10 a.m. in Los Angeles at David X. Marks Tennis Stadium. Admission is free to all fans.

A version of this article appeared on page 9 of May 12, 2016’s print edition of the Daily Nexus.