The Daily Nexus
Tennis
Gauchos Return to NCAA Postseason, Take on Jayhawks
May 12, 2016 at 3:42 am by Xavier Cardenas

After a dominant showing at the Big West Conference tournament in which it won its first conference title since 1996, the No. 74 UCSB women’s tennis team is set to go head-to-head against No. 33 Kansas in the first round of the NCAA Regionals. 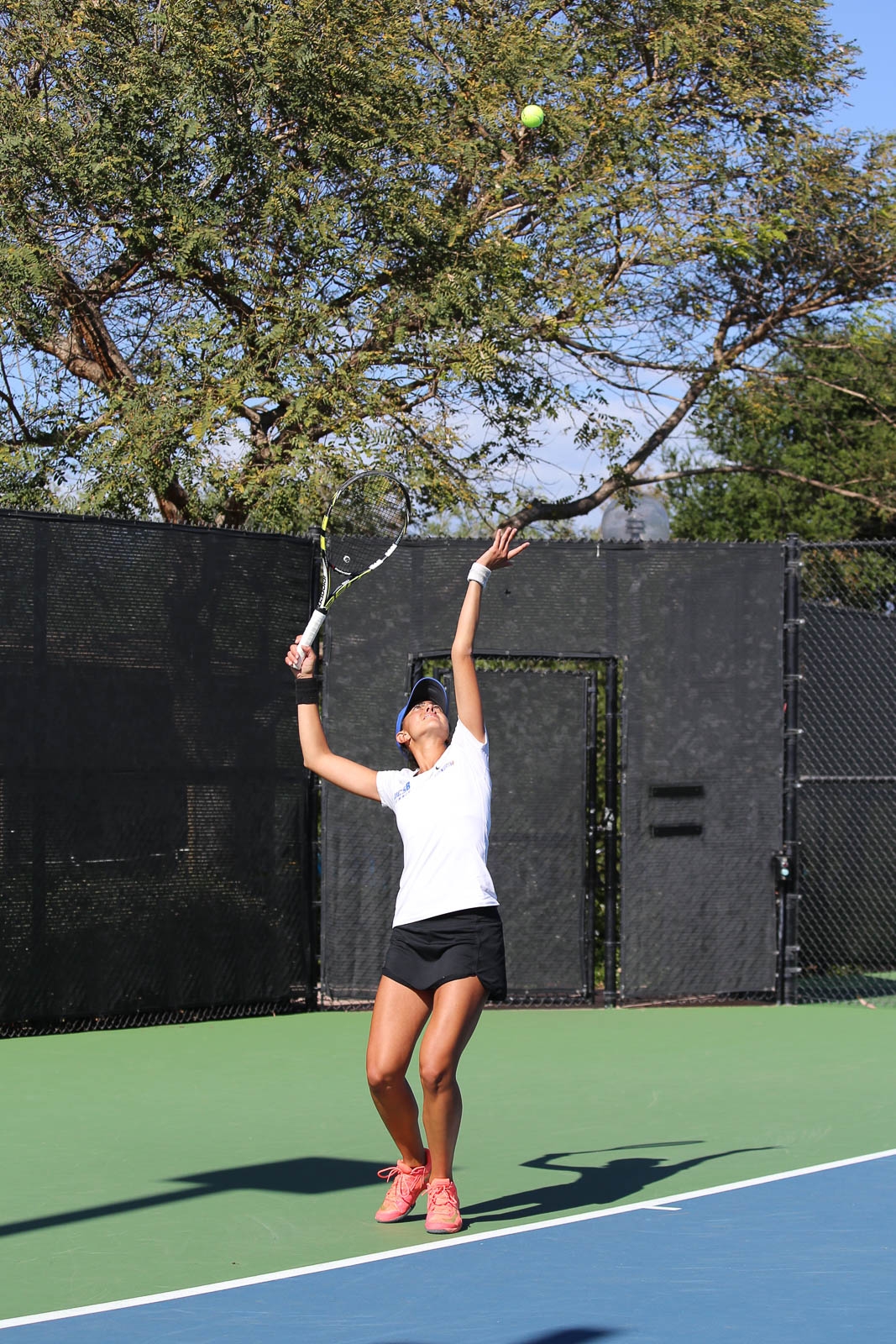 Able to clinch the No. 2 spot, UCSB concluded its season with an 18-7 overall, 8-1 Big West record. Kansas accumulated a 17-7 overall and 6-3 conference record. In the season’s ending, the Jayhawks experienced inconsistencies as they closed out their schedule, going 5-5 in their last 10 matches and getting swept twice in the month of April.

Santa Barbara stumbled out the gate at the beginning of its 2015-2016 campaign, losing four of its first five, but it have has gathered a head full of steam since then. The Gauchos have won nine of their last 10 matches played and are currently on an eight-match winning streak.

Leading the way for the Gauchos is the No. 22 nationally ranked doubles duo of sophomore Palina Dubavets and junior Stefani Stojic.

The pair of transfer players are currently undefeated against other top ranked duos and have lead the team in doubles wins at the one. Dubavets and Stojic also went undefeated during the Gauchos BWC title run just a few weeks ago.

The Jayhawks had a tough time during the Big 12 championships, defeating No. 40 Baylor 4-2 in the second round of the conference tournament. In the semifinals, however, Kansas was swept by eventual Big 12 champion No. 12 Oklahoma State. Despite falling short in the semis, Kansas still managed to clinch a No. 2 seed in this year’s NCAAs.

Set for a fresh sleight after earning its first NCAA Tournament bid in 17 years and led by Head Coach Todd Chapman, who was recently named the Intercollegiate Tennis Association’s (ITA) Central Region Coach of the Year on Tuesday, Kansas’ program is revitalized with youthful talent that could potentially achieve an opening round upset.

Kansas’s standout freshman and the school’s first ever ITA Central Region Freshman of the Year is Anastasiya Rychagova. The young Russian from Moscow is currently ranked 77th in the ITA singles rankings after ending the season with a 15-5 singles and 28-6 doubles record.

Rychagova has yet to play against other nationally ranked opposition, but that does not mean she has played easy competition. The true freshman has gone to the third set on seven different occasions this season and has gone 3-4 when forced to play three. Rychagova has come into the program without losing a step under Chapman in his third year at the helm.

Both teams have the element of a good coach in common with each other. With Head Coach Simon Thibodeau at the forefront of the Santa Barbara program, the Gauchos have not only earned a spot at the NCAAs, but have also claimed a Big West Conference title along the way.

The Jayhawks and the Gauchos will play this Friday, May 13 at Cal’s Hellman Tennis Complex at 10 a.m. The winner will advance to the next round and face the winner of No. 1 Cal versus the University of Texas Rio Grande Valley.