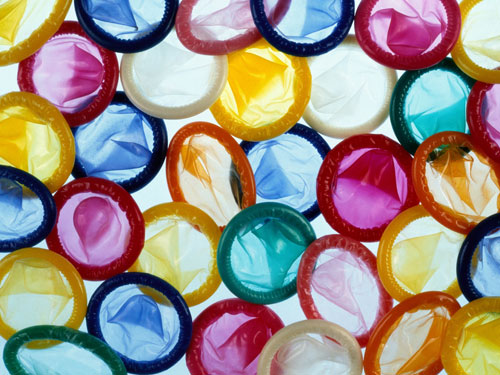 I can remember being 14, sitting in my childhood room, and flipping through my new issue of Seventeen Magazine. As a freshman in high school, I was just being introduced to the actualities of “womanhood” and sex. Being that I was essentially clueless as to what sex actually entailed, I was extremely curious about it. I mean, who isn’t slightly disturbed yet intrigued after first hearing about “the birds and the bees?”

As I flipped through the beauty ads and fashion tips, I came across a section titled, “5 Lies He’ll Say To Get in Your Pants.” At the time this seemed like immensely valuable information, so I decided to read it.

The first “lie” was extremely obvious; giving the old “he’ll only say I love you to sleep with you!” rant. I had heard that one from my grandmother since I was about five, so I felt pretty equipped to handle that. However, the second one caught me by major surprise. It talked about how a guy might tell me, “I don’t want to use a condom because then I can’t feel anything.” Being that the majority of my sexual knowledge came from sex-ed, I was totally shell-shocked.

I mean, after learning of all of the horrors that can come with an unwanted pregnancy or STD, what kind of idiot would say they don’t want to use a condom just because it doesn’t feel as good? Isn’t that why Trojan makes “Ultra Thin?” In my baffled state I reasoned that I would never be interested in a guy that would be that selfish or idiotic. About three years later, when I became sexually active, I was forced to face the hard truth about boys and condoms.

Nearly every guy that I’ve encountered in the bedroom has attempted to sleep with me without using a condom. Some of them were long-term relationships, others … not so much. My first experience was obviously blinding and scary like it is for most young men and women. The guy was a little older than me, and much more experienced. Therefore, I put all of my trust into him, thinking he knew what was best.

Nearly every guy that I’ve encountered in the bedroom has attempted to sleep with me without using a condom.

I was never one of those girls that thought that I would want to wait until marriage for sex; I’ve always been somewhat of a realist. But I definitely thought I would always be extremely responsible and NEVER risk getting an STD or pregnant.

Then, the first time I had sex, I allowed the guy to convince me that a condom wasn’t necessary. He told me, “You can’t get pregnant the first time you have sex,” a lie I stupidly believed. Luckily, I didn’t get pregnant and I didn’t catch an STD. However, I did lose a sense of confidence and independence that was very important when making any big decisions. The fact that I had given in so easily, without really thinking twice, made me question how secure I was in myself. They say that before you can truly care about anyone else, you have to be able to care for you. If I had truly been secure in myself, I would have stuck to my standards and made him wear a condom, regardless of his excuses.

Since then I have gained enough experience to come to the realization that many guys will try to get by without using condoms. At first, I thought that my taste in men had just taken a completely wrong turn; but after talking to a handful of girlfriends, I realized that it’s much more common than not. It doesn’t necessarily mean that the guy who tries to sleep with you minus a condom is a disgusting, selfish asshole; it just means that he might not think he has as much to lose.

When an unwanted pregnancy occurs, the woman is the one who truly faces the most adversaries. Her body is the one being forced to undergo some sort of drastic measure, whether it is to have an abortion or carry a baby to term. She is the one who has to make the difficult and life-altering decision.

When an unwanted pregnancy occurs, the woman is the one who truly faces the most adversaries.

While a man endures various struggles that may come with getting a girl pregnant, they’re not nearly as severe. In regards to STDs, it still surprises me that guys often seem to feel invincible to them. I mean HIV, herpes and chlamydia don’t discriminate based on gender. However, women do actually have a few more things to worry about when it comes to STDs. HPV (human papillomavirus) has several strains that can cause cervical cancer in women. The results can be deadly, especially since symptoms rarely show.

The terrifying part is that the majority of sexually active men carry HPV, yet don’t realize it considering it doesn’t affect them. If a carrier of HPV has unprotected sex with someone, the consequences can be severe. In addition, curable STDs such as chlamydia can cause infertility in women when left untreated. These are a couple of reasons why men may be more relaxed when it comes to the necessity of a condom

While they can sometimes be inconvenient, annoying and tedious, there really is no good enough reason for a man to state that he doesn’t want to use a condom. Unless both you and your partner have been tested and have access to other forms of birth control, no one has any business claiming that a condom is not necessary. If you’re a woman who is not comfortable having sex without a condom, stick to your standards and do not budge. It’s you’re body, and you’re the one who may have the most to lose. While guys may think it’s just not that big of deal in the moment, it definitely will be in the long run.

Allie Lebos asks you to condone the condom.