The Daily Nexus
Sports
Gauchos Doomed by Lackluster Performance at Home
May 11, 2016 at 12:00 pm by Jorge Mercado 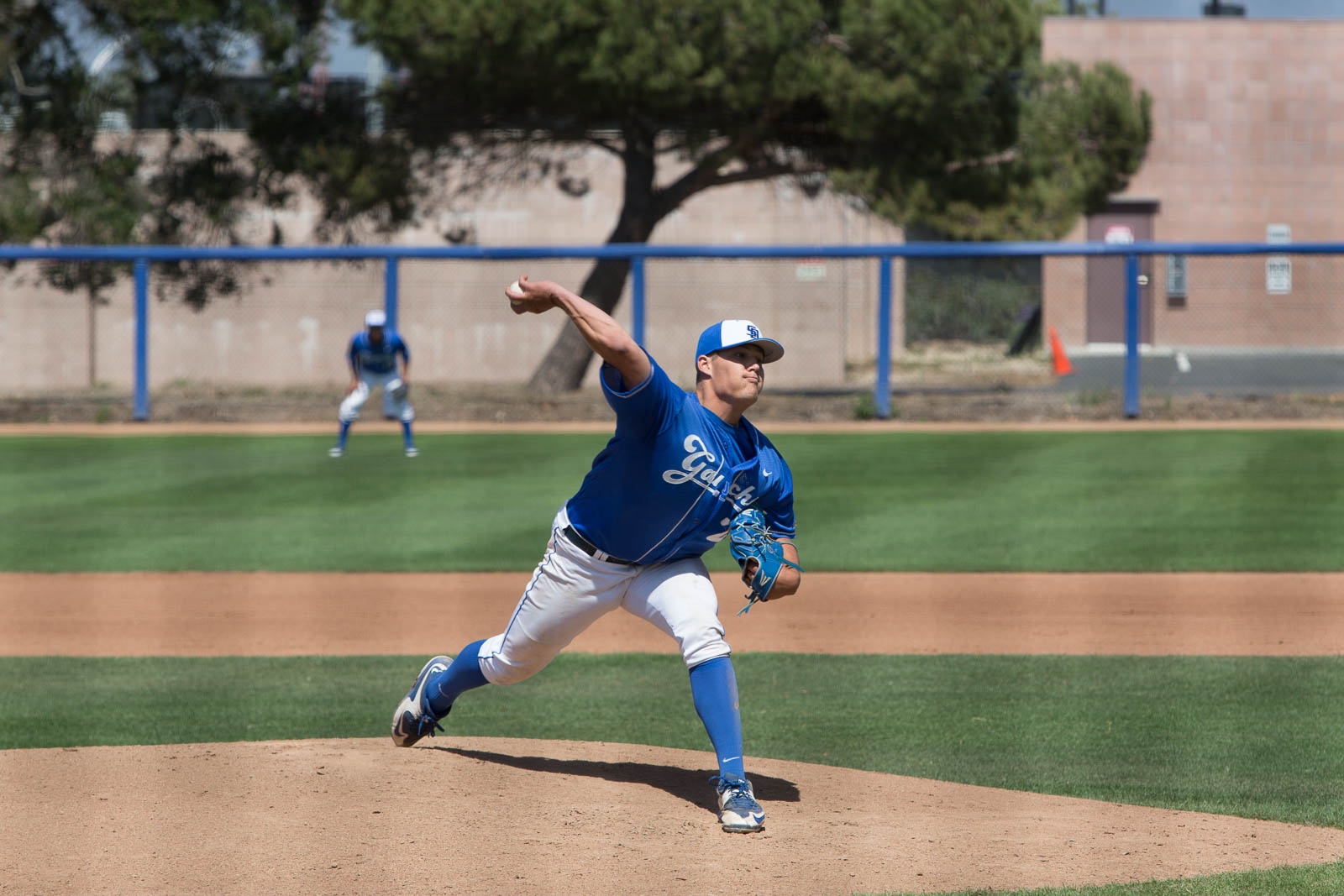 “It was bad. We played bad,” said Head Coach Andrew Checketts. “We had that game in our hands.”

For Santa Barbara, this loss is a bad one. Not only was it a loss to a much inferior opponent, but it came at a time when the team is struggling to keep the national spotlight as it has dropped out of the D1 Baseball Top 25 National Rankings.

The loss is also made worse by the team’s lackluster performance. UCSB blew a 3-0 lead heading into the eighth inning and a 4-3 lead going into the final frame.

Not only that but the Gauchos left 11 runners on base including six in scoring position. They only mustered in one run in the second and third innings combined after having the bases loaded in both of those frames.

Combine that with two errors that proved to be costly, base-running mistakes and simple misplays of the baseball and one can easily see that UCSB deserved to lose Tuesday’s game.

The Gauchos were coming off a tough series against UC Davis, but were back at home where they had won 17 straight games and boasted a 21-1 record, so it was not a far-fetched idea to think they could win this game easily.

UCSB started the scoring in the third inning thanks to redshirt sophomore J.J. Muno’s sac-fly RBI that scored redshirt junior Andrew Calica to take a 1-0 lead.

In the fourth inning, Santa Barbara again added one run to extend its lead to 2-0 after redshirt freshman catcher Thomas Rowan hit an RBI single.

In the fifth frame, sophomore first baseman Austin Bush hit his sixth home run of the season, a team high, which scored one run to make the score 3-0 after five.

The combination of pitchers James Carter (a redshirt junior), Kevin Chandler (a freshman) and Justin Kelly (a redshirt senior) was phenomenal for the first seven innings as the three combined to allow just three hits, two walks, four strikeouts and, most importantly, no runs.

“You know, in hindsight I probably should’ve kept [Justin] Kelly in for a little while longer,” Checketts said. “I think I was thinking about saving him for this weekend and that might’ve been a mistake.”

After an error by the Gauchos, and with Hatton hitting the next batter, the Roadrunners had two runners on base with no outs. Senior Chance Gusbeth then made UCSB pay by hitting a two-RBI triple to left field, encroaching on UCSB’s 3-2 lead.

Redshirt junior Trevor Bettancourt then came on to pitch, but he did not fare any better as the next batter, junior infielder Ryan Grotjohn, hit an RBI single scoring Gusbeth and tying the game at three.

In the bottom of the eighth inning, UCSB seemed to wake up as it managed to retake the lead at 4-3 thanks to freshman catcher Sam Cohen, who came in as a sub for Rowan and hit an RBI single to score shortstop Clay Fisher.

Santa Barbara had a chance to put Bakersfield away for good, but instead Bettancourt gave up four hits and two runs giving the Roadrunners their first lead of the game at 5-4.

It was again Gusbeth and Grotjohn who made the key plays as the senior hit a sac-fly RBI to tie the game and the junior hit the game-winning RBI single.

Grotjohn hit the ball right to Bush, the first baseman, who misplayed it and was unable to get the final out of the inning, which would’ve have left the game tied at four but instead gave Bakersfield the lead.

“We just played bad. We walk three guys, hit two guys,” Checketts said. “We can’t catch [the ball], the quality of the at-bats are not great. Just bad effort.”

In the bottom half of the final frame, the Gauchos had their chance to tie and it came down to junior utility Billy Fredrick to get the tying runner, who was on second, home.

Fredrick hit a beautiful line drive to the right side of the infield but CSUB first baseman Cody White made an amazing diving catch for the final out to seal his team’s 12th victory of the season.

It was truly an off-day for an often on-point Gaucho team. This loss could either be the beginning of two tales for the young UCSB team. Either this team wakes up and starts playing with the fire it showed early in the season or it could squander its promising start.

Either way, the answer will come very soon as Santa Barbara’s next series is at home against the top team in the Big West standings and reigning champions Cal State Fullerton this weekend.