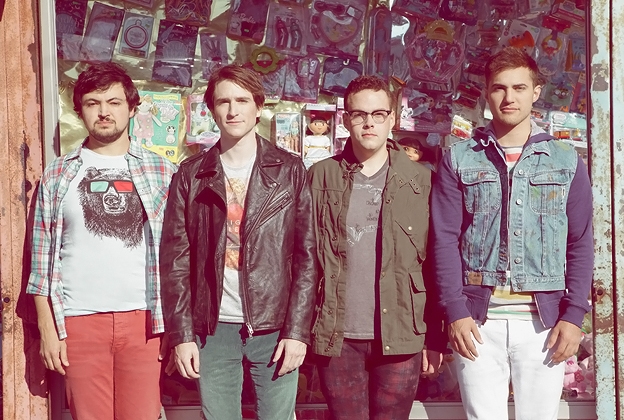 As most summers are, the summer of 2011 was filled with sporadic twists, turns and adventures in the life of the average person. Regardless of what the details consisted of, if one were to compile a soundtrack for that summer it would include Walk The Moon’s youthful tune, “Anna Sun,” crafted as if it were made for that summer. Not just because it was named song of the summer by various publications, but because it is difficult to not associate it with breathless, unscathed memories accompanied by the feeling of lightning running wild through the heart. Walk The Moon is giving fans the chance to relive those memories and obtain several more Friday, May 27 at the Santa Barbara Bowl, supported by MisterWives.

Walk The Moon is the type of band to release a song that will send your emotions spiraling, yet one tends to forget to take the time to get close with their music. There are numerous releases of good music day by day, so it makes it difficult to accomplish such a task. However, when it comes to Walk The Moon, it is rewarding to be more than merely familiar with their music; those that actually take the time to immerse themselves in their sounds might just discover their new favorite song.

Similar to the love they received for “Anna Sun,” Walk The Moon received overwhelming attention for “Shut Up and Dance,” an upbeat, electric single from their latest album, Talking is Hard. In comparison to a number of their other tracks, the song proves difficult to sit through without singing or dancing from the heart. Out of all of their songs, both “Anna Sun” and “Shut Up and Dance” are the two that the band is commonly associated with, so one could expect to experience the joy flowing off of the stage and into the crowd as people sing in unison with every ounce of love spilling from their lungs.