The Daily Nexus
Sports
Gauchos Sweep Aggies in Penultimate Weekend of Regular Season
May 10, 2016 at 5:00 am by Antonia Bird

The UCSB softball team is looking to finish its season strong after completing a sweep on Sunday afternoon against the UC Davis Aggies. 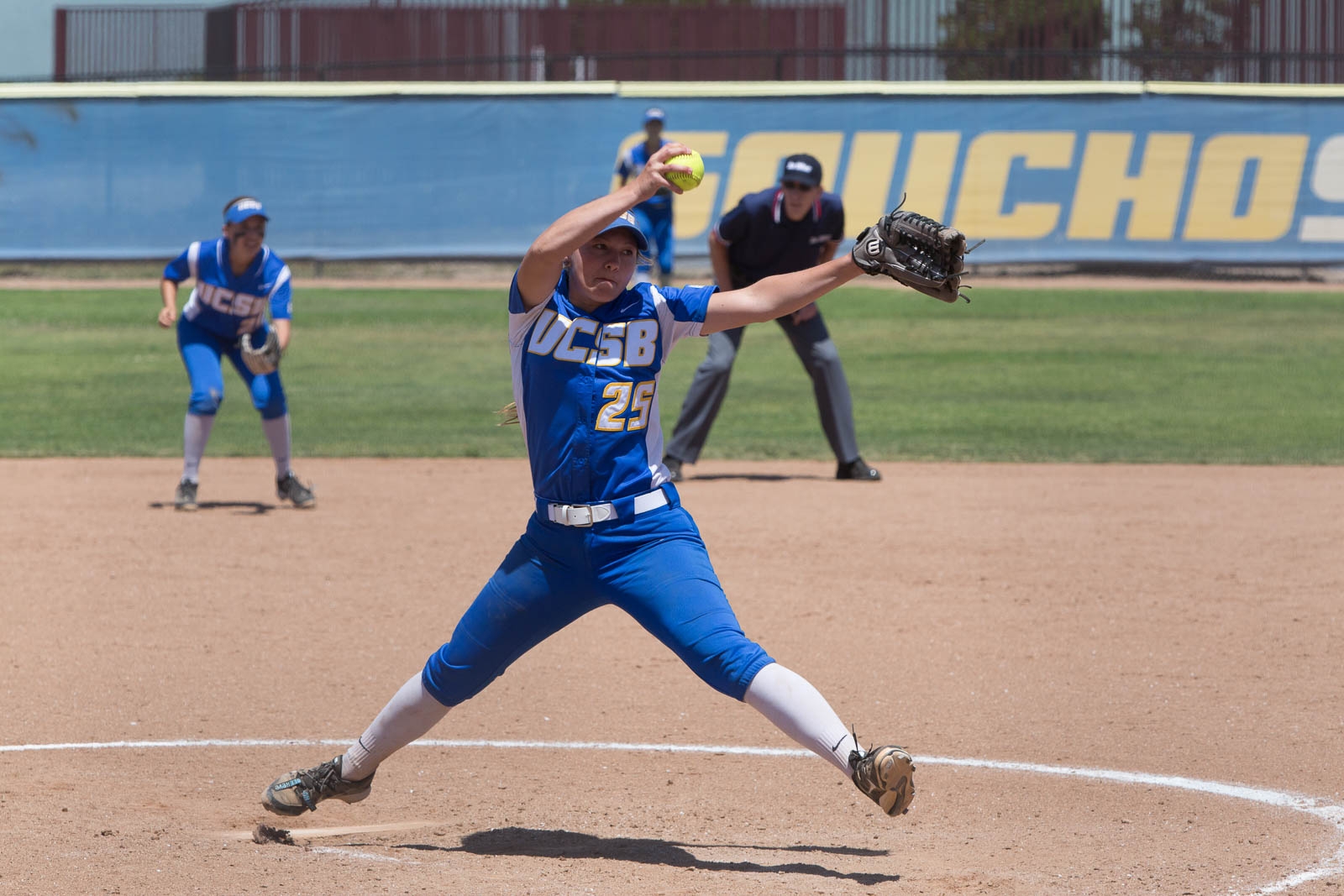 The Gauchos had a confident start to the weekend when they beat the Aggies 7-2 in Saturday’s first game, followed up by a close 5-4 victory in Saturday’s late game. Santa Barbara then sealed the deal on Sunday pulling out a 6-4 win.

UCSB’s first game on Saturday was all about hitting and performing at the plate. Multiple Gauchos had big hits including senior catcher Samantha Stark and freshman infielder Sierra Altmeyer who each had a home run.

Stark went 2-2 on the day with two RBIs and two runs scored. She also walked twice and was on base four times. Altmeyer also went 2-2 with a triple to go along with her home run. She had three RBIs on the day with a run scored.

Altmeyer’s home run in the second inning put the first run on the board for the Gauchos, setting the tone for the remainder of the game as they scored in the second, third, fifth and seventh innings.

As a freshman, Altmeyer has had an incredible season so far, as she leads the team in multiple offensive categories and is second in the Big West conference with 41 runs batted in.

Senior pitcher Ashley Ludlow saw herself a day, as she earned her 10th win this season allowing only four hits and just one earned run in four innings.

However, the Aggies made her work, for Ludlow threw 106 pitches in the game, striking out three and walking five.

In the second game of the day, the Gauchos broke out with three big runs in the first inning on three hits, highlighted by RBI singles from Stark and Altmeyer and a sacrifice fly from sophomore right fielder Jessica Johnston.

Both teams went scoreless until the fifth when the Aggies tied the score on a one-out three-run homer from junior catcher Katie Robertson.

Then in the fifth, the Gauchos took the lead for good when junior infielder Emily Brucelas homered to lead off the inning, putting the Gauchos ahead by one.

In the top of the seventh, Altmeyer added some insurance with her second homer of the day — a blast to deep left centerfield — putting the score at 5-3.

As it turned out, that was the winning run as the Aggies rallied for a run in the bottom of the seventh but came up short as they lost 5-4.

Freshman pitcher Ashley Wright started the game for the Gauchos and pitched five innings for her third win of the season.

She gave up four hits and three earned runs while striking out two. Ludlow came on in the sixth to close out the game and only allowed one hit.

In the third game on Sunday, UCSB banged out 13 hits to help seal the sweep the Aggies with a 6-4 victory. Johnston went 3-4 on the day, while junior outfielder Kristen Clark, Altmeyer, Brucelas and Stark each collected two hits apiece.

Ludlow started the game for the Gauchos, giving up two earned runs on six hits in four innings, while striking out four and walking two.

Wright came on in the fifth to pick up her fourth win of the season and freshman pitcher Veronika Gulvin closed out the game with 1.2 innings of relief to pick up her first save this year.

UCSB will prepare to face Cal State Fullerton next weekend for its final series of the regular season.